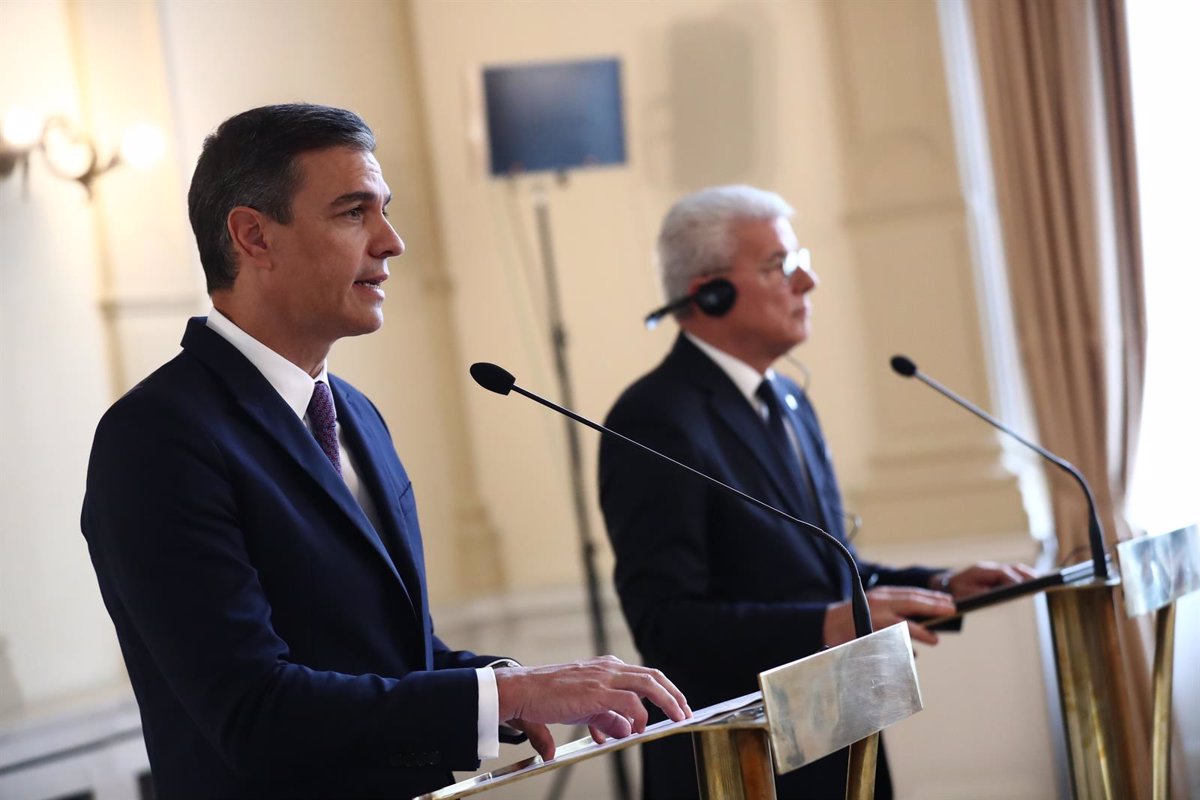 The head of the executive, Pedro Sánchez, is convinced that the governing coalition of PSOE and United We Can will reach the end of the legislature without a break because, in his opinion, this shows that the left forces understand each other and, moreover, the executive has a important task.

In addition, he is sure that the platform led by the second vice president, Yolanda Díaz, will reach the next general elections as a consolidated option.

Speaking informally to journalists in Mostar (Bosnia and Herzegovina) during his official tour of the Western Balkans, the President said that reaching the next parliamentary elections without breaking the coalition was a “good signal for the future”, it said.

Sánchez has therefore been strong in this regard, despite the recent disagreements with his purple partners, which have led to the thought of a possible dissolution of the coalition government, all the more given the closeness of the new electoral cycle that will begin with the regional council municipality next Spring. A few months later, at the end of 2023, it will be the turn of the federal elections.

In addition, he added that the interest in keeping the coalition alive corresponds to the fact that the government has an important task to respond fairly to current events, essentially high inflation as a result of the war in Ukraine .

Therefore, he has pointed out that the situation requires a strong executive and that it has a parliamentary majority to continue reforms and protect the middle and working classes.

Similarly, he has indicated that the conclusion of a four-year legislature would be a sign of stability and would completely end a period of government crisis that began after the 2015 general election and for which he blames the PP.

From that year on, due to the lack of a parliamentary majority, there were several re-elections and even a motion of no confidence, which led Sánchez to La Moncloa for the first time.

In recent weeks, various voices in government have acknowledged that as the end of this mandate approaches, it will be more difficult to reach agreements with parliamentary partners, as each political force must present its own profile to potential voters.

However, Sánchez has distanced himself from the possibility of snap elections every time he has been asked about it, and on the subject of the coalition has repeatedly stressed that Socialists and Crimson coalitions need to emphasize the government’s alliances and achievements rather than the differences.

On the other hand, Sánchez has stated that he has no doubts that the platform launched by the second vice president and Minister of Labor and Social Economy, Yolanda Díaz, Sumar will reach the next general elections.

In that regard, he has indicated that he believes Podemos will see the pieces fit together and the performance quotas set, but he is certain the purples will be a part of it.

Previous articleFree online storage in comparison: 13 free services in the test (2022)
Next articlePartially collapsed silo in the port of Beirut