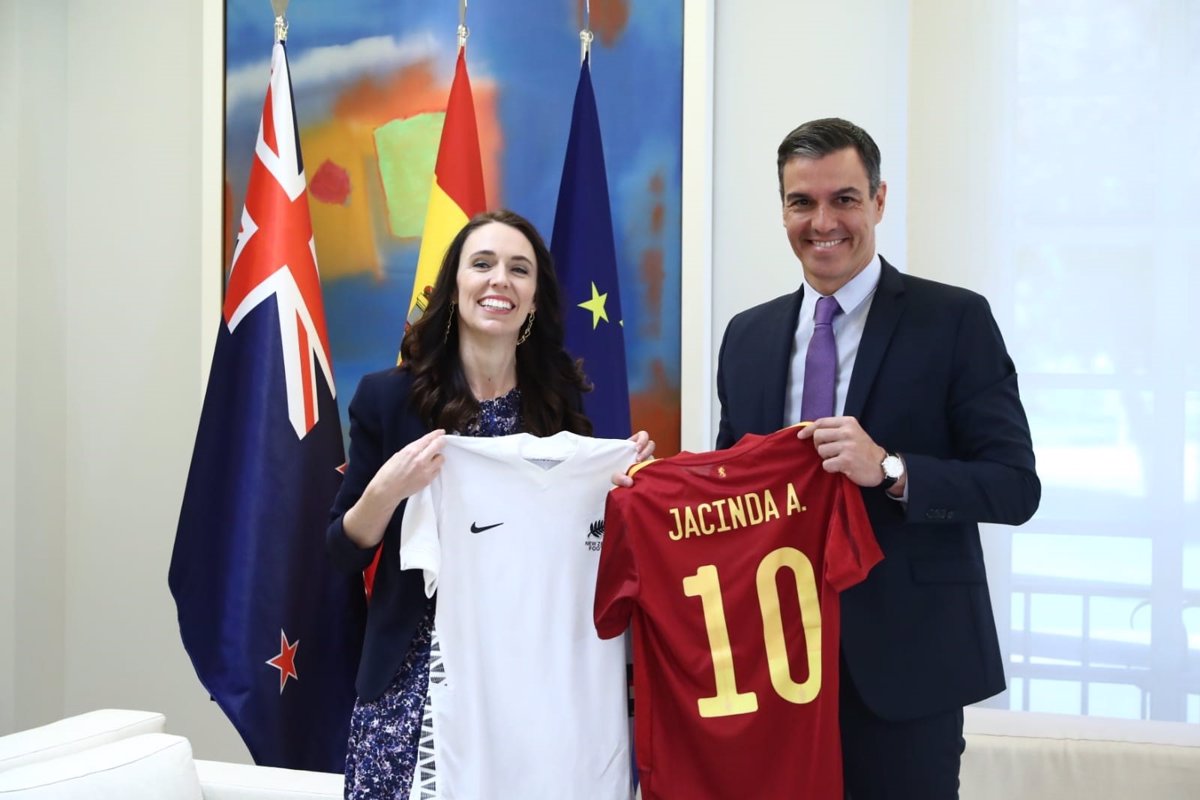 In your foreign policy, you are introducing a strategic association for equality and a green economy

Prime Minister Pedro Sánchez received New Zealand Prime Minister Jacinda Ardern in La Moncloa on Tuesday at one of the bilateral meetings parallel to the NATO summit. Both are leading the “significant” expansion of the holiday and work program to allow young people to temporarily live, work and travel in both countries. They have also announced the establishment of a strategic coalition to promote equality, diversity and the green and sustainable economy in their respective foreign policies.

In a joint statement released after the meeting, Sánchez and Ardern announced the official formation of the “Global Values ​​Association,” which aims to reflect the two countries’ shared worldview.

“Both countries support and celebrate diversity and are determined in their respective foreign policies to advance the goals of inclusive and equal societies, a greener and more sustainable economy, and a vibrant and resilient democracy where pluralism thrives and is strengthened thanks to the technological revolution,” it said in the text.

The meeting with the New Zealand Prime Minister is part of a series of bilateral meetings in parallel with the NATO summit taking place in Madrid this week. On the same Tuesday, the chief executive received Australian Prime Minister Anthony Albanese, with whom he agreed that Spain would send a high-level trade delegation throughout the year.

This afternoon, Sánchez will hold a meeting with the President of the United States, Joe Biden, and then with the Prime Minister of Iceland, Katrín Jakobsdóttir.

According to the text, the association with New Zealand seeks to strengthen democracy, sustainability, gender equality and women’s empowerment, as well as the rule of law and human rights “with a particular focus on their full enjoyment by members of indigenous peoples and vulnerable groups”.

New Zealand Prime Minister is visiting Madrid to attend the Atlantic Alliance Summit as a member of the group of four NATO partner countries in the Asia-Pacific region. At this bilateral meeting, both leaders celebrated the decision to upgrade Spain-New Zealand relations to a strategic association, a decision adopted in June last year.

The two leaders also used the meeting to acknowledge the signing of the Memorandum of Understanding on Cooperation in the Conservation of Seabirds late last year and await the creation of an implementation plan that will help New Zealand and Spain work together to mitigate the risk that commercial fishing represents for seabird populations.

They also recognized the collaborative work initiated under the Legal Values ​​Agreement on issues of gender equality and the judicial approach to gender-based violence.

They have finally announced a “significant” increase in their work and furlough scheme and a commitment to keep working on it
Modalities of this program so that more young people can temporarily live, work and travel in both countries.

Mixture of electric bike, tent and boat: the BeTRITON is making great strides

PP calls on the government to withdraw the Animal Welfare Act and agree on a text with experts, corporations, CCAA and municipalities