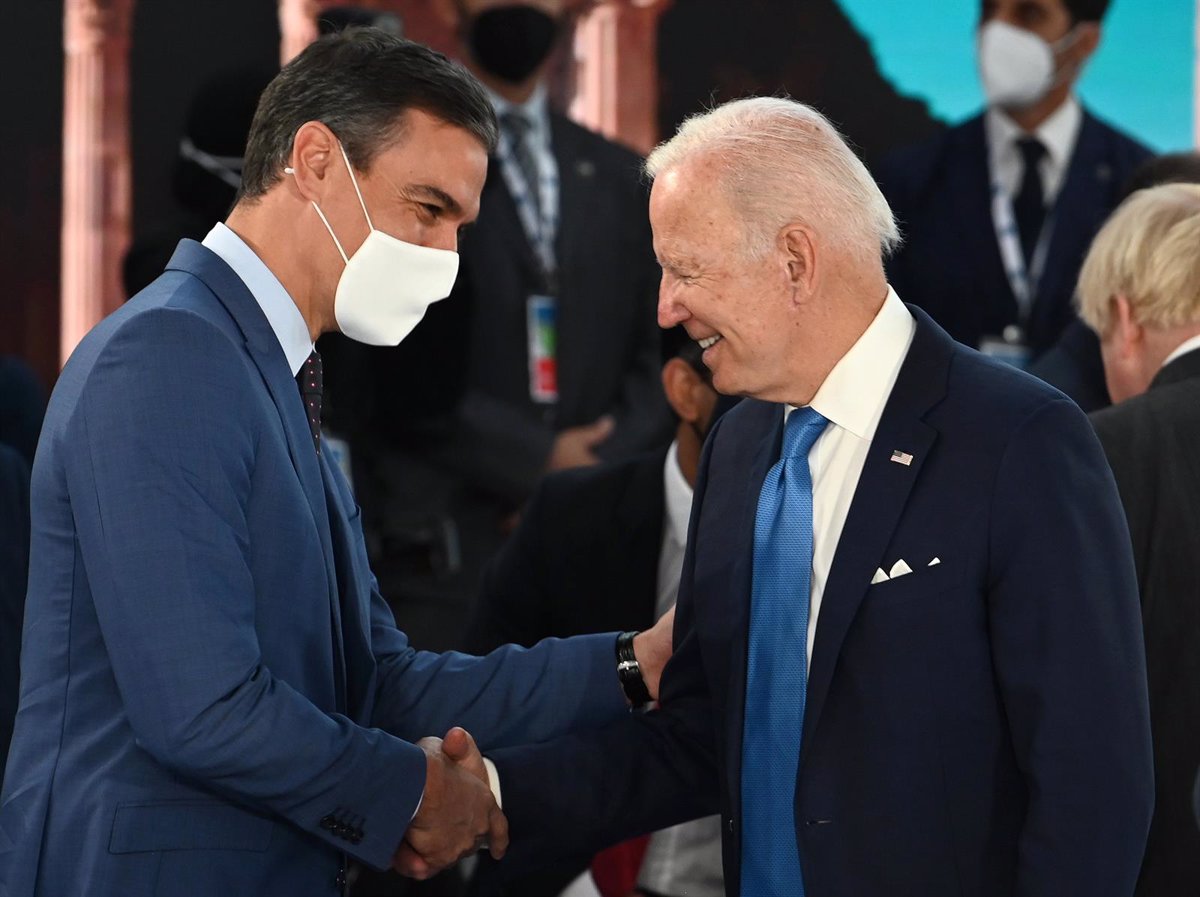 The President of the Government and the President of the United States, Pedro Sánchez and Joe Biden, will appear next Tuesday the 28th after the bilateral meeting they will hold at the Moncloa Palace. Biden will then go to the Palacio de la Zarzuela to meet King Felipe VI.

Government sources have detailed that the President of the United States will arrive in Spain next Tuesday and will be received by Pedro Sánchez early in the afternoon at the Palacio de la Moncloa for a meeting that Moncloa says will serve to “update and renew” relations between the United States and Spain, “strategic allies in many ways” who have maintained “many contacts” in recent months.

The meeting with Biden follows the other four bilateral meetings the chief executive will hold at the Palacio de la Moncloa to capitalize on next week’s NATO summit. All take place in the hours leading up to the start of the summit, which will be held in Madrid on Wednesday and Thursday, and after it ends.

The President will start his agenda on Tuesday with Australia’s Prime Minister Anthony Albanese, who has been in office for a month. According to the same sources, this will also be the first visit to Spain by an Australian leader.

In addition, at noon Sánchez will have the opportunity to visit the IFEMA facilities, where the summit will be held, together with NATO Secretary General Jens Stoltenberg, to check that everything is ready for the event.

The two will then hold a working lunch in Moncloa to finalize the details for the summit, which will produce the new Strategic Concept for the next ten years, in which the Alliance will assess its strategy against current challenges.

According to the above sources, the government is also working to ensure that there are bilateral meetings of a more informal nature during the two days that the summit will last at IFEMA, although it has not given details on which leaders they would be with since then close the agendas. .

These meetings could include a meeting with a representative of Ukraine, who is expected to be personally represented at the summit by its Foreign Minister, Dmytro Kuleba, once its President, Volodimir Zelensky, has declared that he will intervene via videoconference.

Finally, after the conclusion of the summit on Thursday afternoon, Sánchez will receive Canadian Prime Minister Justin Trudeau, with whom he also intends to have lunch. The President has a very close relationship with the Canadian President, with whom he has met eight times, and his official visit will be a return to what Sánchez made in Canada in 2018.

From Moncloa, they justified all these bilateral meetings by saying that these are countries whose leaders are more difficult to meet in international forums or that it is more difficult to visit, as in the case of Australia or New Zealand.