Sánchez after his defeat in Andalusia: “There is no cycle change” 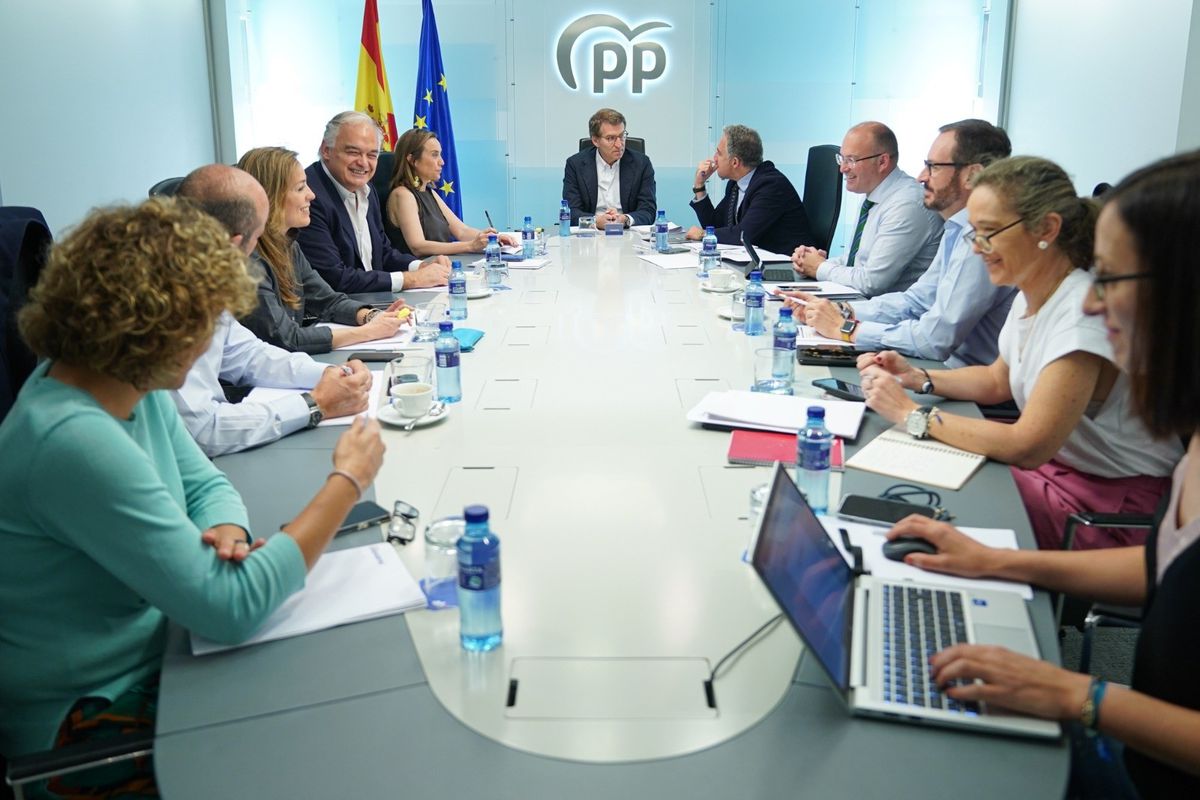 The PSOE denied this Monday that its party’s electoral defeat in the Andalusian elections, after losing three MPs from its previous constituency, does not imply a “cycle change” affecting the national elections. Socialists have limited the result to Andalusia, claiming it cannot be extrapolated to the general elections which, if there is no progress, will be held within a year and a half. “The government is strong, there is a legislature to the end,” Sánchez assured the socialist executive this Monday, according to spokesman Felipe Sicilia.

Meanwhile, in the PP, one can hardly hold back the euphoria about Juan Manuel Moreno Bonilla’s historic victory. The reading of the national leadership of the PP, a day after their absolute majority in Spain’s most populous autonomy, is that they show Pedro Sánchez’s way out of the government presidency. “Yesterday [este domingo] The clock has started with a countdown for Sánchez to leave La Moncloa, ”announced the General Coordinator of the PP, Elías Bendodo, this Monday after the Management Committee meeting.

“The PP drafted and planned three regional elections to believe in a cycle change, which is not the case. You forget the elections in Catalonia [que ganó el PSC en febrero de 2021]”, the spokesman of the socialist federal executive, Felipe Sicilia, rejected. At the meeting, Sánchez insisted on this idea and also denied changing the cycle of the meeting, and according to sources present, several members of the PSOE leadership underlined that in a context such as the exit from the pandemic, the regional governments were generally strengthened. In doing so, they justify the PP’s victories in Madrid, Castilla y León and now Andalusia. Instead, the May 2023 regional elections will be held in 12 municipalities: the PSOE presides in nine municipalities, with the exception of Madrid, Murcia and Cantabria. “There are autonomous governments of the PSOE that are more than consolidated and we will demonstrate that,” Sicilia assured.

The PP declares itself “activated” to go to a general election, although it cannot ask the Socialists for an advance. This scenario is not foreseen in either La Moncloa or Ferraz. Sánchez has publicly and privately stated that his intention is to complete the legislature. According to sources consulted, the President and Secretary General of the PSOE reiterated this Monday that Spain needs “stability”. Meanwhile, according to his speech, Alberto Núñez Feijóo has given the order number threeto face the victory in Andalusia without undue fear. The PP avoids giving in to calls for early elections from the toughest sectors of the right and will continue to appeal to the government to secure state agreements. Genoa ratifies its pledge to present a proposal for an agreement to overhaul the judiciary next month.

Unlike the PSOE, the PP insists on translating the Andalusian results into the national climate of opinion. The popular ones claim that more than eight million people live in Andalusia, almost 20% of the country’s population, as Bendodo recalls. “Yesterday [este domingo] The PP has taken a decisive, determined step to get Pedro Sánchez to leave La Moncloa. When? As soon as possible,” stressed the general coordinator of the popular parties at a press conference at the headquarters on Génova Street. When asked repeatedly whether the people’s leadership was of the opinion that the socialist president should now go to the polls, Bendodo limited himself to answering that Sánchez would fix the election date “if he is interested”. “I dare not say when he will call or not,” he wrote, beating the expectations of the most excited sectors of the right, who believe that after the bump in Andalusia it is necessary to go to one Advance of the generals from immediately. Yes, to these sectors he tells them that the PP is accelerating: “The PP is prepared, it is activated to face some generals if they touch, be it immediately or in the long term.”

In the government and the PSOE, to counter the expectations of the PP, they insist that all off-calendar elections in the last 12 months have taken place in areas where the right already ruled. But this argument creaks in Andalusia, until recently the bastion of the socialists. And not only that: as the most populous municipality, it distributes the most seats in Congress (61), ahead of Catalonia (48) and Madrid (37), which is a warning in view of the general elections.

The popular also spread another story to wear Pedro Sánchez down after the Andalusians. Election night winner Juan Manuel Moreno Bonilla assured this morning that Sánchez is considering not standing in the next general election if the PSOE follows in the footsteps of the results in Andalusia. An extreme that the PSOE denies. “If it doesn’t work out with him, we see a Sánchez who doesn’t stand for election,” said the Andalusian president in an interview with the COPE network.

The general coordinator of the PP has specified that his party will shake hands with the government to reach agreements and in particular that “this month the PP will forward its proposal for the renewal of the General Council of the Judiciary”. Feijóo believes that Andalusia’s victory shows that the appropriate strategy to win over the left is to present itself as a moderate party, so the proposed agreements are one of the fundamental pillars to put this formula in front of the electorate to make credible.

The PSOE also maintains its commitment to a moderate profile like that of Juan Espadas in order to return to the presidency of the Junta de Andalucía. “Executive support was absolute and complete. We have a good candidate and we will have a great candidate in opposition. We have a good project, we have to consolidate it and make it better known,” said Sicilia.

“The PP has always won in a focused and moderate manner,” stressed Bendodo, making it clear that after the Andalusians, the path of the moderates against the hawks in the PP was gaining strength. It is the same message spread by Moreno Bonilla, who has now become the great baron of reference of the PP, ahead of Isabel Díaz Ayuso, who did not achieve his absolute majority. “The path through the middle is the reference path. It is the only strategy that stops Vox, “defended the Andalusian president this Monday. But the PP will continue to have two souls. The Madrid leader has turned a deaf ear to the veiled questions of her party colleagues and has declared that she will maintain her strategy of confrontation and cultural warfare. “I won’t change an inch,” Ayuso warned.

Already during the election campaign, the interest of the Andalusian PP – which is also a lynchpin of the national PP – to leave the Ayuso route in the background could be felt. The leader of Madrid was relegated to the same role as the other regional presidents and, like the others, only invited to the primary campaign. “We don’t go into the election campaign with deliberations. The one who added came and the one who didn’t add didn’t come. It’s that clear,” Bendodo said this Monday, which could be read as a veiled message about Ayuso. The general coordinator later specified that the regional presidents “counted” even though they were not specifically invited to the campaign. After the Andalusian result, the Falcons lose even more influence in Genoa.

In the face of new threats, NATO is accelerating the process of rearmament