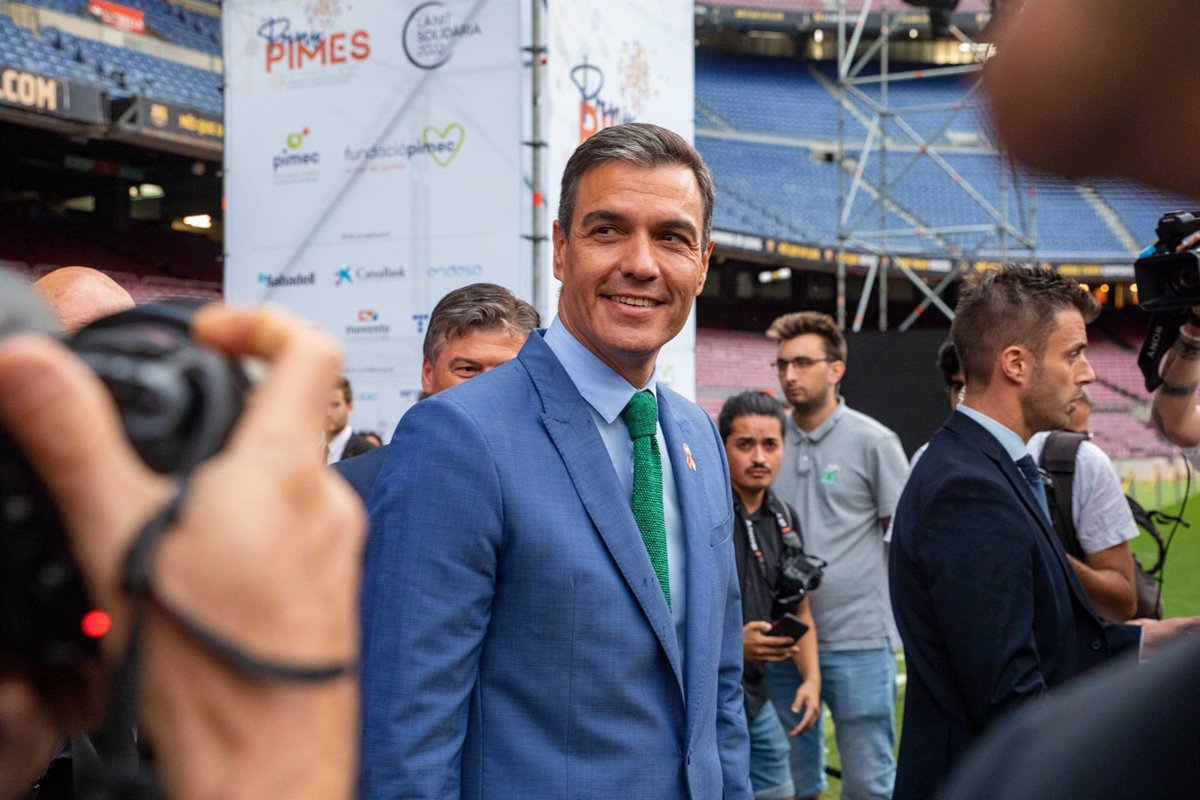 He assures that Sweden and Finland will join NATO “sooner or later”, although he would like to see it in Madrid

Prime Minister Pedro Sánchez has called for the NATO summit, taking place this week in Madrid, to send a message of deterrence, expressing a willingness to defend, as he has implied, “every inch of allied territory”.

“We need to send a message of deterrence that we stand ready to defend every inch of allied territory,” Sánchez said in an Associated Press interview collected by Europa Press.

Sánchez expressed himself thus after doubts about the treatment that the new Strategic Concept adopted at the Madrid Summit will bestow on the autonomous cities of Ceuta and Melilla and that will mark the Alliance’s lines of action for the next ten years.

In this regard, the PSOE indicated this Monday that the summit would serve to bring the autonomous cities of Ceuta and Melilla under the umbrella of the Atlantic Alliance “for the first time”, according to the spokesman for the socialist federal executive, Philip Sicily. However, several board members who have been approached have not clarified this point.

Sánchez – who did not specifically mention Ceuta and Melilla – has indicated that the main purpose of the summit will be “to spread a message of unity, consistent with democracy, security and the international order, based on rules that unfortunately ( President Vladimir) Putin and Russia were broken by the invasion of Ukraine.”

He pointed out that “Putin is not only invading Ukraine,” but also wants to destabilize and weaken Europe’s security and prosperity.

On the other hand, Sánchez has indicated that Sweden and Finland could join NATO “sooner or later,” he has hinted. “We would like to have it at the Madrid summit, I will not deny it, but if this is not the case, talks will continue,” he stressed.

The biggest stumbling block to these additions is Turkey, which is seeking guarantees from the two Nordic countries regarding Kurdish groups that Ankara considers terrorists.

POSSIBILITIES OF COOPERATION WITH CHINA

Sánchez stressed that the new Strategic Concept – the last update of which was made at the Lisbon Summit in 2010 – will completely change the relationship with Russia, which will no longer be considered a partner and will become the “main threat to NATO security”. , as he stated. For Sánchez, however, China “poses a challenge that also offers opportunities for cooperation,” as he put it.

Finally, on the possibility of a negotiated end to the war, even if that means Ukraine could lose part of its territory due to the impact the war is having on energy prices and food supplies, Sánchez has clearly expressed his support for Kiev’s action. “It’s a decision that Ukraine has to make, not us,” he concluded.