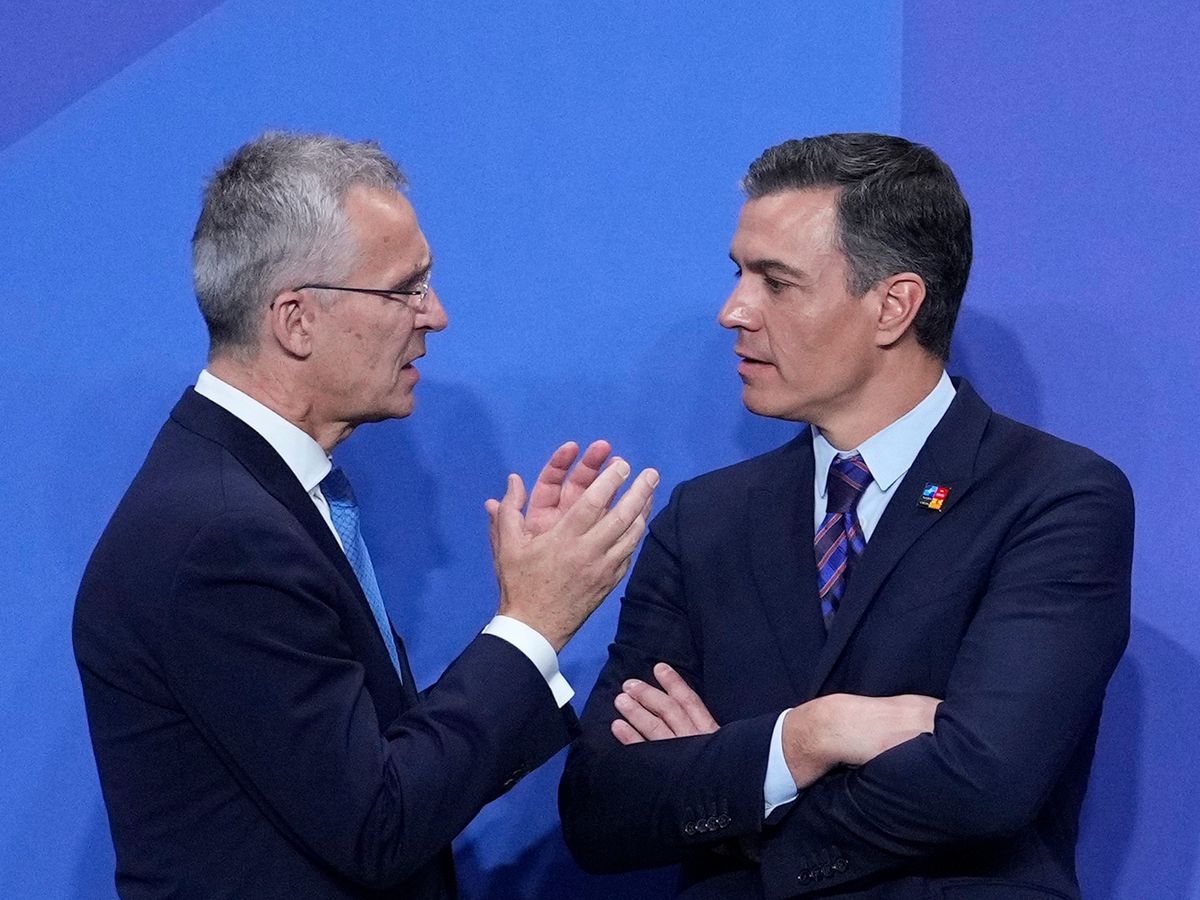 After the Andalusian elections, the government and the PP have stepped up the crossfire in a new hostile phase in their relations that is once again distancing themselves from possible agreements. Earlier in the week, the main opposition party cranked the decibels to the max, accusing the prime minister of committing an “attack on institutions” like Indra and even suggesting a false interest in changing the election results, and this Wednesday Pedro did it Sánchez, who is heavily critical of the PP, a party he says is “not autonomous” because it reacts to the interests of “dark” and strong economic powers who, he points out, are trying to overthrow his government. The popular masses received with indignation these words of the President, whom they see “crossing too many borders”, but avoided reacting publicly. In this tense climate, some PP sources concede the difficulty of reaching agreements with the government, which distances pending agreements such as the General Council of the Judiciary.

In an interview on Cadena SER this Wednesday, Sánchez rejected the PP’s accusations that the PSOE was trying to occupy state institutions. “This whole PP debate about some kind of Jewish-Masonic conspiracy, that I want to control the INE to change the election result, something the PP said back in the 1990s, is absurd,” he said of the resignation President of the National Institute of Statistics. “Look, I didn’t put responsibility on any militant [Tribunal] Constitutional like the PP or RTVE. I haven’t blocked the judiciary in 36 months. Why are they doing it? Let’s look at the United States. A conservative majority in the Constitutional Court can reverse the abortion law.”

In addition, the head of government has insisted on the idea he launched on Saturday: “This is a very uncomfortable government for dark forces. I’m not discovering America. Four years ago we changed tack on the economic right with a motion of censure that they didn’t expect. The big drama is that on the Spanish right there are two parties that are not autonomous. We saw the head of the PP denouncing corruption in his party and they beheaded him [en referencia a Pablo Casado]. When the Spanish government proposes a tax on electricity companies, there is a powerful minority opposed. Why are the right saying no when we raise the SMI? Because she represents minority interests. One of the dramas of Spanish politics is that these parties are not autonomous and defend minority interests. I’ve suffered from it since 2015, and Zapatero and González suffered before that. Some of these right-wing newspapers that criticize me already saw González as the main problem of the PSOE and Zapatero and Rubalcaba. This is a reality, we face it with an attitude of saying they won’t break us. We will continue our roadmap of social advances and achievements,” he concluded.

In the PP, Sánchez’s words caused outrage, accusing it of not being an autonomous party. Popular official sources assure that the president is “a little overwhelmed” and judge his statements as “surprising and uncontrolled”. “The PP has full autonomy because it is not part of a coalition, unlike the PSOE, which has to make concessions at every vote in Congress that dishonor the historic path of the socialists,” the same sources say.

The popular interpret that Sánchez “aims high for Andalusia” and “crosses too many borders”. “Andalusia knocked him out and everything about NATO just faded away with 10.2% of the IPC,” argues a leader of the leadership. “It’s a reflection of his despair at the spiral of government failures,” reads another. However, no PP leader has come to respond publicly to Sánchez. In Alberto Núñez Feijóo’s team, they assure that the popular leader does not intend to do so because although it “would be tempting to engage in an escalation of declarations”, Feijóo is an “institutional” president and has his own roadmap. He does this by centering the shot of his opposition strategy in the economic discourse. The popular leader, who again this Wednesday at a business forum at the XIX. General Assembly of the Madrid Confederation of Family Businesses prefers the focus to be on the inflation data, which ran amok in June to 10.2%, the highest level in 37 years, because he believes that’s where Sánchez is wearing it down the most can. The opposition leader, on the other hand, has had to content himself with following the events of the NATO summit, which is taking place in Madrid this week, on television like any other citizen, because the government has left him out.

In this refined climate between the executive branch and the PP, the possibility of an agreement to renew the General Council of the Judiciary (CGPJ) is again becoming a distant prospect, at least in the short term, according to some PP sources. Last Friday, talks were blown up with the PSOE’s decision to move forward with a reform to allow the council to regain its powers to appoint judges of the Constitutional Court, and that this happens to have a progressive majority. The PP interprets that the government is no longer interested in approving the CGPJ because it is genuinely interested in the constitution and demands that it withdraw the reform in order to continue talking. But the atmosphere is once again ruining the options of a pact that has resisted for more than three years.