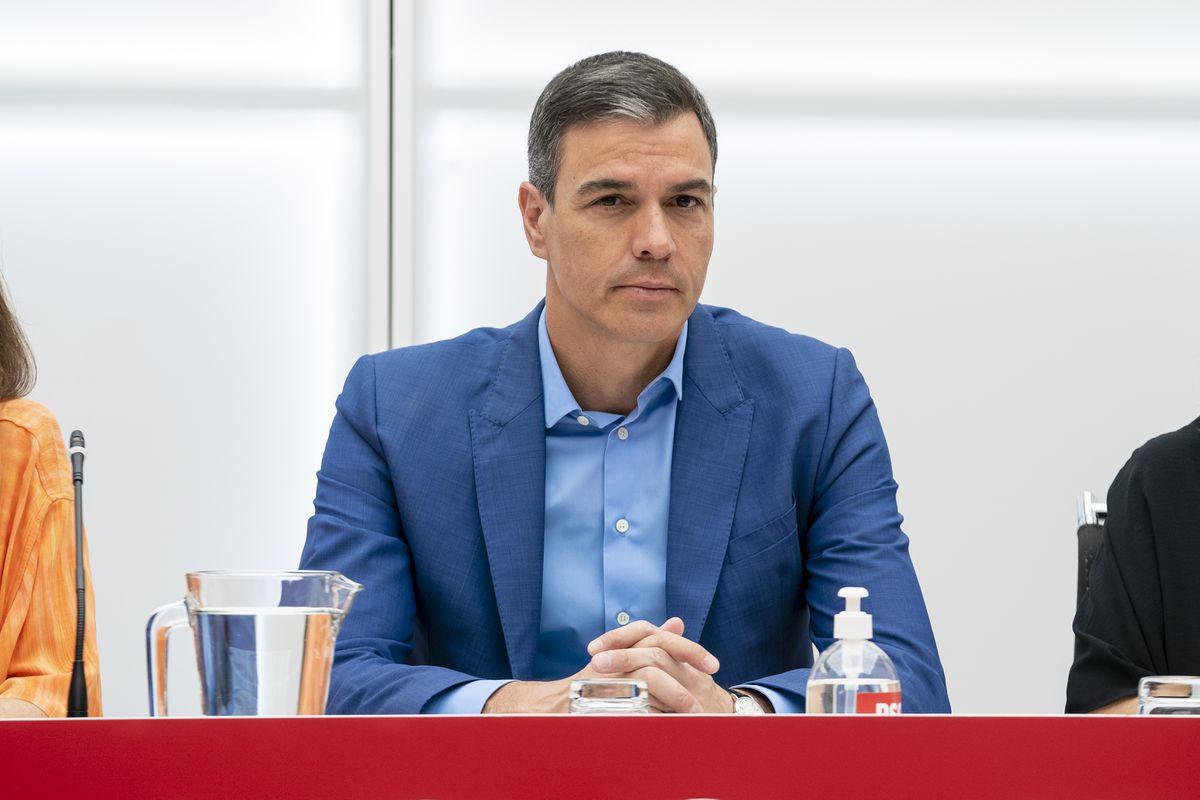 Pedro Sánchez’s reaction to the Andalusian fiasco will arrive this week. The President has decided to press ahead with the adoption of the anti-inflationary measures – the new decree to deal with the war in Ukraine – with an extraordinary Council of Ministers this Saturday. Sánchez attends the EU summit on Thursday and Friday, so he only had space on Saturday if he wanted to chair this key event. To try to reconnect as soon as possible with their own electorate, which they clearly see demobilized, the government has been working hard since Monday with several sessions on the decree against the crisis, which will include new effective measures, according to sources from The Executive , and not, will be limited to an extension of the already approved measures of 6,000 million euros by a maximum of a further three months. The mandate that all ministries involved have is to finalize the decree this week to offer a very clear message to citizens ahead of next week’s NATO summit that will set the political agenda. Sánchez’s response to the attrition in Andalusia will therefore take the form of more social protection measures and a clear message of strengthening the coalition and progressive action in the face of inflation, which is hitting the most vulnerable groups in particular.

There are already a number of proposals on the table. Finance Minister María Jesús Montero was again cautious this Tuesday about the application of a new tax surcharge to large electricity companies, cooling down the proposal presented on Monday by second vice-president Yolanda Díaz to increase it by 10 points , in extension of the anti-crisis decree, corporation tax for these companies. “Taxation is an issue that cannot always be settled by legislative decrees or budget projects. Therefore, depending on the final path we choose, we can use this vehicle or not,” Montero said in an interview on TVE this Tuesday. “What’s important is that it’s as quick as possible and that it can be applied at the beginning of a financial year, which I think is the most orderly.” That would mean that this tax increase would be delayed until 2023. Executive sources indicate that fuel purchase subsidies could also be revenue-linked.

United We Can, with Yolanda Díaz determined to get back on track as soon as possible after a very poor result in Andalusia, calls for a heavy tax on electricity and oil companies, in line with other European countries such as Italy, Greece or the United Kingdom. Also, reduce the transport subscription to 50% to make it easier for people to use it more in the face of the increase in the price of petrol, in line with what Germany has approved, or a check of 300 euros for the most vulnerable people, such as France or Italy , who agreed to one in 200. These and other ideas are on the table of the Council of Ministers these days in order to conclude a powerful package that shows that the executive sticks to the line of protection of citizens taken so far in emergency situations like the current one. “The government will step on the gas pedal,” they insist to the executive.

Sánchez flatly denies, and so he told his supporters on Monday in the PSOE executive that a “political cycle change” had been installed in Spain, as the PP proposes. In government, they believe that the situation cannot be compared to that of 2011, when José Luis Rodríguez Zapatero’s PSOE plummeted to its worst due to the cuts and the economic crisis that led to a total disconnect from its electorate. Now Spain is growing, it has exceeded 20 million workers, the summer is marked by an almost total occupation with tourism and the polls show that the population approves of the government’s actions, although this seems compatible with an obvious attrition of the executive and the Inability of the PSOE and United We Can to convert this support into voter support for their key initiatives such as labor reform, raising the minimum wage, updating pensions, the essential minimum income or laws protecting health and public education.

Some leaders are worried by this phenomenon, they don’t understand that the PSOE doesn’t have more support with a well rated management and they trust that it’s only about the autonomists. Andalusia in particular, where the Socialists had a very complicated situation, with dog-faced primaries a year ago and a new leadership that is not yet consolidated and, above all, very little is known. “Never before has so much been done in three years as now. How is it possible that there are so many demobilized?” asked a member of the executive.

Some leaders in the executive pointed out that the complex parliamentary majority, sometimes in need of very controversial support like that of Bildu, means that the PSOE does not take a single vote from the virtual disappearance of Ciudadanos, a phenomenon that worries some barons because it could affect the next regional and local elections in 2023. At the meeting it became very clear that this is the real test for the PSOE and not these three complicated regions which paint a very negative picture of the Social Democrats’ electoral health by United We Can. That’s why Sánchez encouraged the entire party to “take a more active role and take to the streets to explain the leadership of the government”. “He told us that we all have to go out and explain our politics in government and that we have a year and a half to do that. It is a task shared by both the federal government and the territories,” explains a member of the executive board.

Sánchez promised to make “more roads” and urged everyone to “be close and humble.” Some leaders feel that a long campaign will begin from September, in which the government will try to turn the attrition that the polls are finding to a full turn, although no one clearly sees there being a ministerial change Executive Completely renovated less than a year ago. Of course, even within the PSOE, there are doubts about some of these changes, as there are leaders who believe that political clout has been lost and that a government designed for times of economic boom, during the war in Ukraine and inflation have destroyed all plans .

There were no critical voices at the PSOE leadership meeting. No one accused Juan Espadas of his election campaign, which was consolidated for another four years. But the concern was great. The defeat is very obvious and must be acknowledged, stressed several. According to some members consulted, there were even “affected” leaders. Sánchez and other leaders pointed out that targeting criticism at Vox was a mistake because it allowed the PP to appear as a haven of centrality, when in fact the moderation proclaimed by the MPs is not the case is real, the President said, and is reflected in their votes in Congress and their policies in the autonomies. The strategy of mobilizing the left against Vox has already failed in Madrid and again in Andalusia, so it is foreseeable that this was the definitive death of this line.

The absolute majority of the PP wrested from the PSOE the image of a PP-Vox government in Andalusia, which would undoubtedly make things very complicated for the people. They continue to govern together in Castilla y León and it is very clear in the PSOE that they would do the same in La Moncloa if they needed it, but the repercussions of this image of Macarena Olona as Vice-President have been devastating for the people and for them managed to avoid it.

The PSOE and the government are still there Shock, but there are no clear moves against either Sánchez or Espadas. Susana Díaz, who was defeated by Swords a year ago in the Andalusian primary, limited herself to saying: “I’m sad, my party hurts me a lot and my country hurts me a lot.” Some regional presidents are concerned that this attrition will end up affecting them, but in the executive branch, some leaders pointed out that there is also a trend of post-pandemic citizens supporting whoever is in government, and indeed they are Polls not bad right now for socialist barons. Javier Lambán, the one from Aragón, always away from Sánchez, pointed out that “it is obvious that the result was so convincing and in such an important community, the most populous, that the PSOE deserves a very deep reflection”, but without Charging the inks. The PSOE is therefore trying to get out of the Andalusian hole by looking at the local elections of 2023 and awaiting the movements of the government, where the next measures are already being worked on, while the NATO summit is being prepared, another great milestone. and the State of the Union debate in July, which will try to flip the Andalusian side as soon as possible, although it will not be easy.