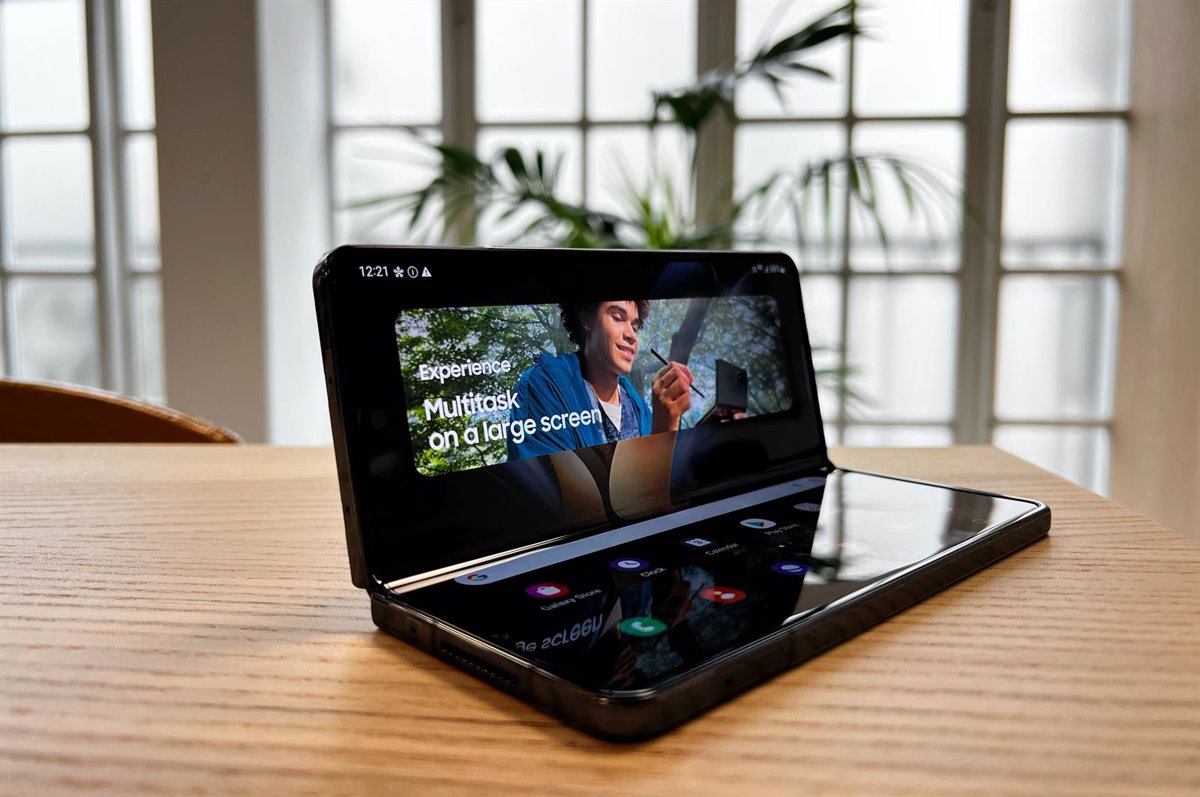 The company recently celebrated the “great popularity” of these handsets in Spain, which already account for 15.6 percent of the total sales of the brand’s “premium” cell phones (more than 600 euros). The new Z Flip4, which starts at €1,099, and the Galaxy Z Fold4, which starts at €1,799 in the standard version, are your bets for this year.

Last year Almost 10 million SMA were sentfoldable rtphones worldwide, representing an increase of more than 300 percent since 2020, a trend that is also evident in Spain and that encourages the company to continue promoting this format.

“Due to our strong commitment to the category and our leadership in the industry, interest and enthusiasm for foldable devices continues to grow,” said TM Roh, President and Director of Mobile Experience Business at Samsung Electronics.

The Galaxy Z series has significantly increased its sales in Spain, tripling sales of these models in the first half of 2022 compared to the same period last year.

especially the Galaxy Z Flip is the model that has seen the most growthby multiplying by six the number of units sold in Spain in the first half of 2022 compared to the same period in 2021.

The new generation folding models aim to offer “unprecedented mobile experiences” to “meet the needs of the most active users”, adds the Samsung executive during the presentation of the Galaxy Z Flip4 and Galaxy Z Fold4, which took place in New York. These new “smartphones” are ahead of the game the challenge of convincing skeptics and solving some problems of resistance recorded in previous models.

GALAXY Z FLIP4, AN ICON OF INNOVATION AND DESIGN

Shell-shaped phones are nothing new, but the Z Flip revolutionized this format, allowing users to display a large screen, now reaching 6.7 inches, in a small device.

It also improves its exterior finish –1.9 inch Super AMOLED– from which users can perform more and more tasks without having to open the terminal: answering messages, making calls and taking “selfies” or videos with the main lenses and the support of the external screen, among others.

With a streamlined camera that includes a 65 percent brighter sensor And thanks to the Snapdragon 8+ Gen 1 processor, photos and videos are sharper and more stable than previous models. The Z Flip4 has two rear lenses (a 12MP main and a 12MP wide) and a 10MP front lens.

The design has changed a bit too, with a slimmer hinge, straighter edges and contrasting painted glass on the back with shiny metal frames. Its dimensions (71.9 × 84.9 × 17.1 mm) and weight (187 grams) make it a unique phone. The battery has also been expanded while staying the same size and offers 3,700 mAh, plus a fast charge that promises to reach 50 percent of the charge in 30 minutes. 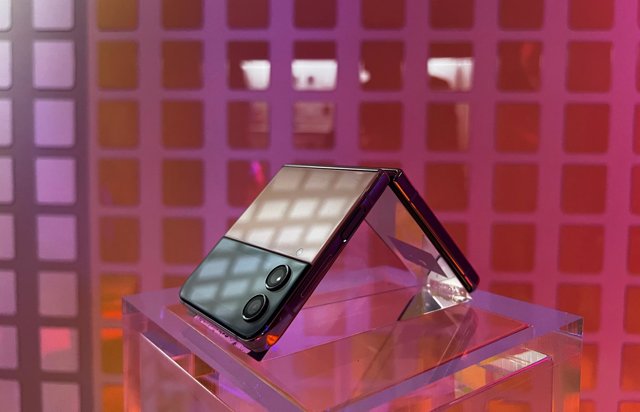 The Galaxy Z Flip4 can be purchased in two already classic colors, Bora Purple and Graphite, and two new options, Pink Gold and Blue. On the other hand, the version Galaxy Z Flip4 Custom Edition It allows up to 75 different combinations of lens and frame color (although shipping will take longer than usual if ordered from Samsung’s website). This terminal will come onto the market next 26.08 and it will start at €1,099 in its version with 8GB of RAM and 128GB of storage.

The Galaxy Z Fold4 is Samsung’s most expensive and ambitious phone. This terminal brings together all the technological advances of the brand to present itself as a “premium” device, whether it is open, closed or indoor ‘Flex mode’. In addition, it is the first “smartphone” to be distributed with the pre-installed Android 12L operating system, a special version of Android designed to make the most of experiences on large screens, including foldable screens.

Samsung emphasizes the improvements that this “smartphone” offers in terms of multitasking. The new taskbar “Taskbar”, has a design similar to that of a computer and allows access to users’ favorite apps as well as those used recently. Multitasking is also more intuitive thanks to the new sliding gestures, the ability to use full screen mode or use pop-up windows that share the large 7.6-inch screen (with a 120Hz refresh rate).

The multitasking experience is rounded off by the functionality of the S Pen, Samsung’s stylus, which you can use to draw or take notes on the go a simplified way to store it in the case.

When folded, the Z Fold4 features a 7.6-inch panel, 120Hz adaptive refresh rate, and under-screen camera, meaning the user only needs to flip the phone open if they’re looking for “something else”. , either for enjoying or large-scale audiovisual content or multitasking.

In terms of cameras, the Galaxy Z Fold4 improves on its predecessors with an improved 50MP wide-angle lens and 30x “Space Zoom” lens. It also includes various modes specially adapted for cameras, such as: B. an activated larger zoom map Capture View mode (capture view), dual preview (dual preview) and Back Camera Selfie (Selfie with the rear camera) to take full advantage of this unique form factor and achieve more flexibility when shooting.

The specifications of this “top product” are completed with a Snapdragon 8+ Gen 1 processor and a 4400 mAh battery. In terms of design, it has a thinner hinge and Corning Gorilla Glass Victus+ glass on the outer screen and on the back glass cover to improve its resistance. In addition, both the Z Flip4 and Z Fold4 are waterproof according to IPX8 certification.

- Advertisement -
Share
Facebook
Twitter
Pinterest
WhatsApp
Previous articleKounde: ‘I’m at Barca but I want a starring role’
Next articleFlixOlé pays tribute to Carmen Sevilla with a collection of 30 films of the “Spain’s girlfriend” who withstood Hollywood