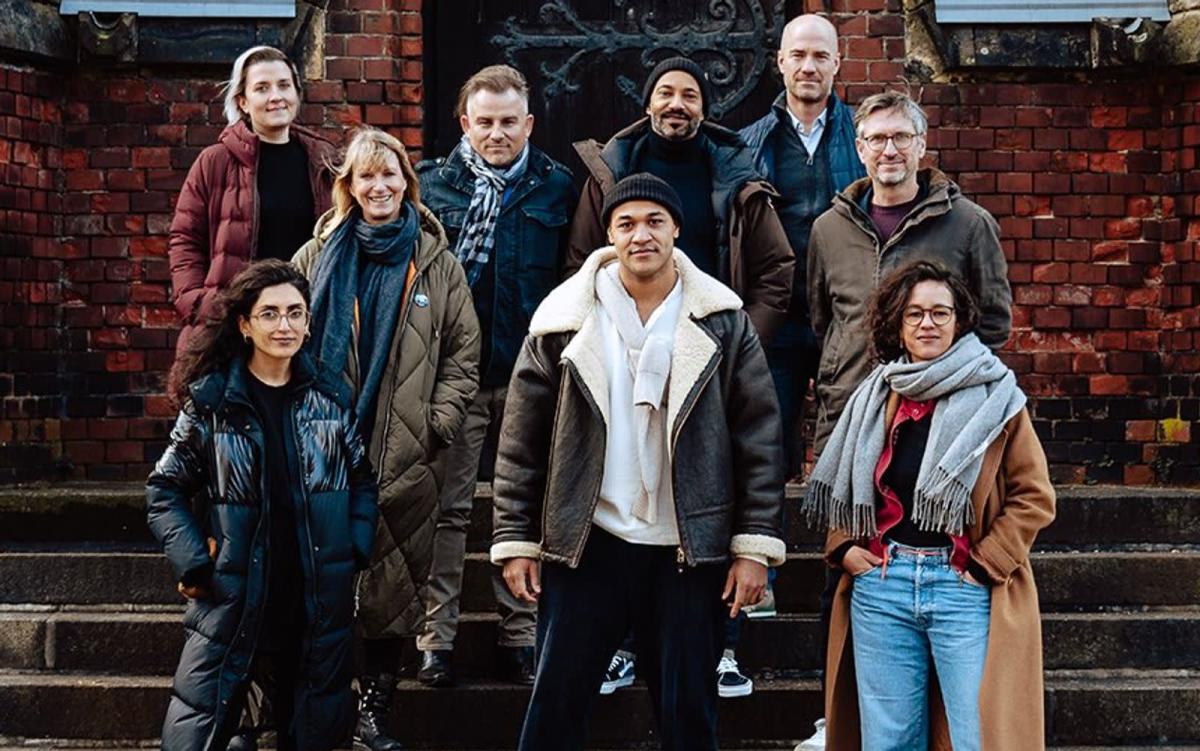 Samuel “Sam” Meffire was born in 1970 to a Cameroonian father and a German mother in Zwickau, Saxony, and became known in 1992 through an advertising campaign against racism. The ex-GDR Afro-German national studied criminology as a sideline participant, became the face of the new East German post-reunification police force, and played across various television formats in this role. However, after his career with the police, Meffire became a criminal, spending seven years in prison and, after his release, working as a teacher for “difficult” youth, as a hazard coach, and as an author. In other words: it is one of those life stories from which movies and series material are made. Anne Tide, Director of Original Productions for the Walt Disney Company in German-speaking countries, sees it the same way: “When Jörg and Tyron presented Sam’s story, we were deeply moved and at the same time electrified, because we immediately felt that now is the time to tell the story of Sam’s life for a German and international audience”.

Directed Jörg Winger (“Deutschland83/86/89”) acts as showrunner and producer for the series with the working title “Sam – Ein Sachse” as well as Sebastian Werninger and actor Tyron Ricketts – 2021 very convincingly in the ARD film ” Herren” about the Afro-German reality of life. The upcoming miniseries will have seven episodes. Malick Bauer (“Mrs. Jordan Equals,” “We”) plays the title role. The staff behind the camera is also diverse. Soleen Yusef (“Haus ohne Dach”, “Deutschland89”) and Sarah Blasskiewitz (“Ivie wie Ivie”) are directing, while Malina Nnendi Nwabuonwo, Toks Körner, Tyron Ricketts, Soleen Yusef and Carolin Würfel wrote the scripts in the Room of writers.

The series is based on the biography of “Sam” Meffire. Filming will continue until the end of May 2022. However, it is not yet known when “Sam – Ein Sachse” will be screened. It is the first German-language original series for the Disney+ streaming service.