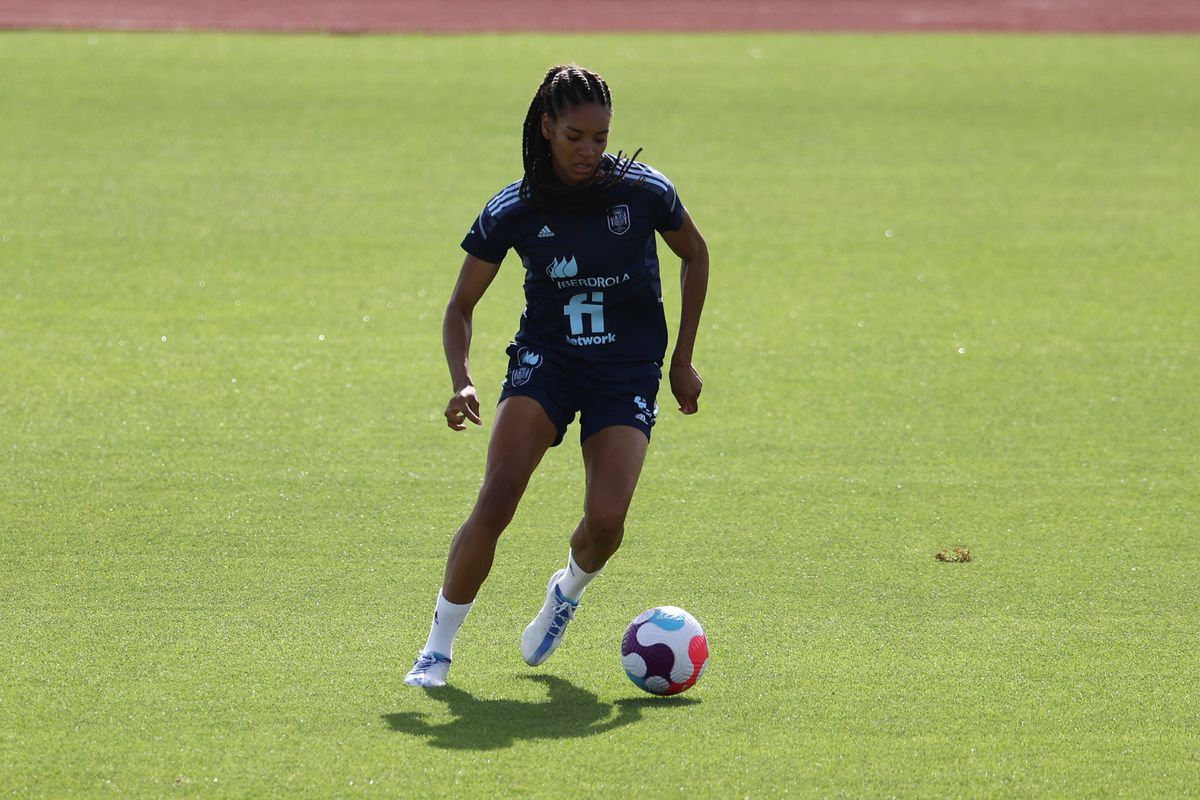 Salma Paralluelo (Zaragoza, 18 years old) was the big surprise this Monday in the Spanish football team’s list for the European Women’s Championship, which will be played in England from next week. The Villarreal striker is yet to make her senior debut (she missed Sunday’s friendly against Australia due to some inconvenience) but was among the 23 chosen by Jorge Vilda. “She is a player for the future, but differentiated. He has great technical quality and this European Championship will show us what he can give us,” said the coach on Monday.

Paralluelo joins a squad full of world-class stars like Alexia Putellas, captain and recent Ballon d’Or winner. To date, Spain’s best result at a European Championship was third place in 1997. For Villarreal’s forward, the tournament will not only be the biggest challenge of her career, but also the turning point that will define her as a sportswoman.

So far, the player has combined her career as a footballer with her other great passion, athletics, in which she also excelled at a young age. As an athlete, he holds the best Spanish U18 record in the 400m hurdles (57.36 seconds in 2020) and is the national indoor record holder for both U20 and U19 (53.83 seconds in 2019).

Last year, a torn anterior cruciate ligament in his left knee shattered his Tokyo Olympics dream and he has since retired from the racetrack.

“This month will be crucial to decide his future,” says Félix Laguna, his lifelong athletics coach. The player had postponed the difficult choice between football and athletics, but for the coach that moment has already come: “He has ended his contract with Villarreal and it will be very difficult for him to find a club that will allow him to practice the duality Laguna emphasizes Salma’s potential as “a prodigy of the sport, whatever sport she competes in,” but regrets she hasn’t been able to continue her meteoric rise on the slopes. “This year was very complicated, especially after the injury. He was able to resume football training within a few months, but athletics required significantly more recovery time. It was never easy to combine the two things, but in recent months he has hardly been able to to do physical training, and that’s not enough, ”he explains.

Laguna understands her student’s decision. “In order to be able to compete at his level again, he would need a lot of preparation. She told me, ‘If it’s going to cost me that much to go back to athletics, I’ll go to football, as they call me.’ I told her I was very happy for her and wished her the best of luck, but I insisted that she have the upper hand and that she can keep doing athletics if she wants,” says the coach, who still has one red thread sees hope that Paralluelo does not leave the slopes. “If he took five years off for the next two Olympic cycles, I’m convinced he could be fighting for the medals and later, at 24 or 25, still have time to capitalize on his footballing career,” he suggests in front of coach, who is aware that it is a very remote option. The choice belongs solely to the player who has the possible confirmation of her future in the European Championship.