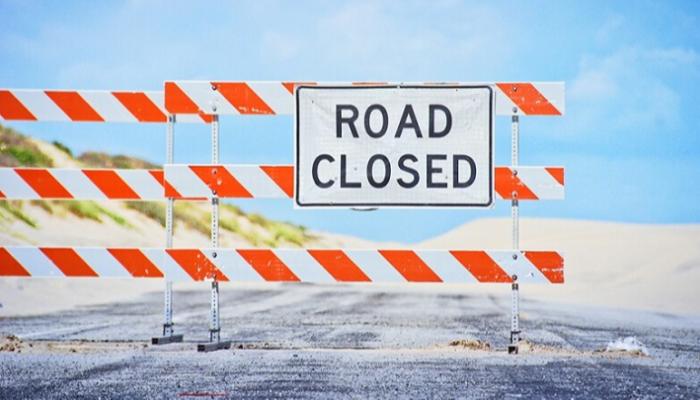 With continued uncertainty about developments in the Russian war in Ukraine, foreign investment in Moscow is facing an explosive crisis.

Following the decision of the major international oil companies to freeze their investments and projects in Russia, the world’s leading investors are rushing to see how they will behave in their huge investments in the Russian markets.

Foreign fund managers hold at least $150 billion in Russian stocks and bonds, and they are currently scrambling to find ways to carry out exits from those assets after Western sanctions isolated Russia from the global financial system. .

Only the value of investments in shares is about 86 billion dollars, while the Moscow Stock Exchange was closed during the last period from the beginning of the war until today.

After a long suspension of trading from the Moscow Stock Exchange due to the Russian war in Ukraine, which resulted in a violent collapse of Russian stocks, trading returned, but in accordance with new controls established by the Russian Central.

Although the stock market price conditionally returned, the Russian ruble price witnessed stability in the foreign exchange market today, Monday, near the levels of 105 rubles per dollar.

Returning to the decision to close, the then Central Bank of Russia prohibited international investment institutions from selling local shares on the Moscow Stock Exchange, according to the Financial Times.

Even with the reopening of the Russian stock market, how will fund managers get their money after Russia exits the SWIFT system?

It’s a $10 billion problem for Citigroup and about $650 million for Goldman Sachs. The two are the largest US banks trading Russian securities, according to the Financial Times.

The President of the Central Bank of Russia, Elvira Nabiullina, said that the Moscow Stock Exchange is ready to resume operations on the stock market from Monday.

He explained that trading on the stock market will open today, Monday, while the regulators will make purchases in the amounts necessary to avoid excessive volatility, and after the stability of the situation in the financial market it will be sold.

He added that the purpose of delisting from the Moscow Stock Exchange was to avoid sharp fluctuations in the value of securities due to the unprecedented change in the economic situation.

“Now we are ready to resume it gradually, after the meeting of the Board of Directors of the Central Bank of Russia,” he added.

The beginning of the ban.

In early March, the Russian Central Bank said it had taken measures to prevent the sell-off of Russian stocks and securities and to withdraw money from the domestic financial market.

In addition, depositors and registrants can no longer cancel Russian securities from the accounts of foreign investors. The transfer of payments on these securities to them has also been suspended.

The Russian Central also allowed companies to suspend dividend payments outside Russia, saying in a statement: “Institutions that issue (Issuer) securities for the development and financing of their activities, have the right to decide on the payment of dividends. , make other payments on securities and transfer them to the accounting system”.

It is noteworthy that the Central Bank of Russia earlier decided to extend the suspension of the work of the Moscow Stock Exchange in the division of the stock market until March 18.

The Central Bank of Russia (CBR) issued an order to reduce obligations to the Moscow Stock Exchange, the National Clearing House (NCC) and the National Settlement Deposit (NSD) from March 21 to April 1 for participants professionals with the aim of reducing market volatility.

The professionals are people from foreign countries, who engage in hostile activities, according to a stock exchange press release.

The decision was made to reduce the obligations arising from transactions completed before February 28, including on the Moscow Stock Exchange, in favor of non-residents, who are people from foreign countries who are involved in hostile activities.

Last February 25, a black day that will be remembered in the history of the Moscow Stock Exchange, when the shares plummeted in an unprecedented way.

The Moscow Stock Exchange concluded the year 2021 with great success with abundant funds and investments until the start of the Russian military operation in Ukraine, which led to its unprecedented collapse and closure.

The Moscow Stock Exchange began its deliberations as usual, on the morning of February 24. But the world changed after Russian forces entered Ukrainian territory at night.

The next day, February 25, the main stock index “Moex” fell by 33%, and almost 190 billion dollars evaporated in one day, and the stock exchange decided to close most of its activities, according to Agence France -Press.

Analyst Alexander Saiganov, head of research at Invest Heroes, an investment advisory group, confirmed: “On February 25, there was an unprecedented collapse in everything and everyone.”

And Saiganov seeks to maintain his optimism, saying that “the Russian market will continue”, believing that it will become “a way to preserve savings in the ruble by protecting against inflation”, which exceeded 9% annually last February, and is Se expect it to increase further in the coming months.

Although Yevgeny Malikin, partner of the Russian investment group Aton, advises Russian clients, it would be better for them to invest in “gold, yuan and banknotes (dollars, euros and francs) and when the Moscow Stock Exchange resumes its activity in group shares from exportation”.