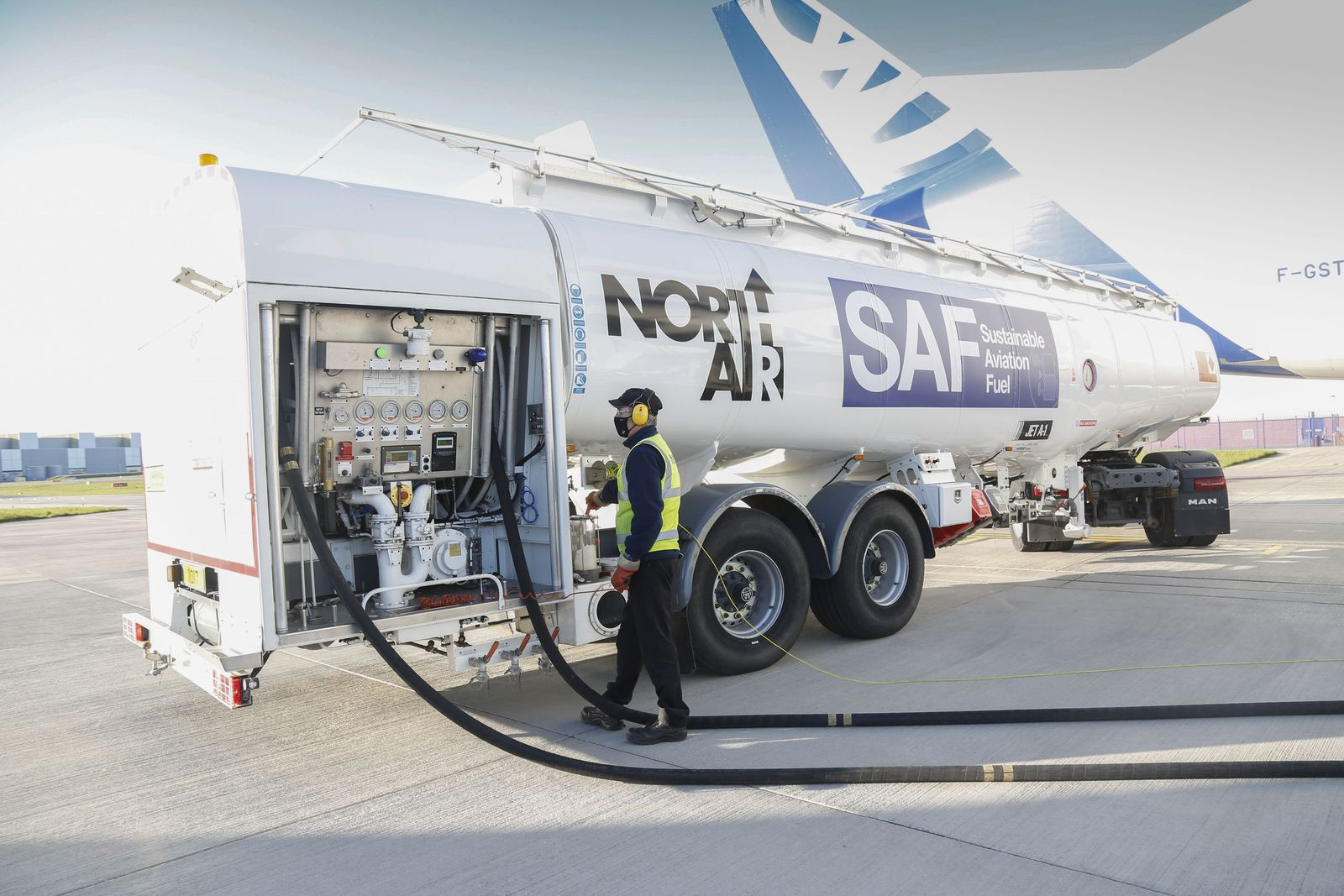 MUNICH – Using sustainable fuels in planes would not make flying excessively expensive, according to a study.

Blending these sustainable aviation fuels (SAFs) is expected to increase fuel costs for airlines by up to 16% per tonne by 2038 compared to pure fossil kerosene, according to calculations released Tuesday by the consultancy. audit and consulting PwC and its strategy consulting firm. Strategy& emerges.

However, kerosene will also become more expensive due to the CO2 tax. If the additional costs for SAF were fully passed on to the passengers, the surcharge for a Munich-New York flight would be around 36 euros.

“Anyone who wants to fly more sustainably in the future will have to pay more for it,” said aviation expert Jan Wille from Strategy& Germany. But the pure SAF surcharge remains manageable for airlines and passengers. Airlines must act now. Wille argues for a pioneering role in the use of SAF.

In addition, manufacturers should convert engines and aircraft to higher SAF additive quotas, increase the efficiency of their machines and promote the development of alternative propulsion systems.

The main obstacle to switching to SAF is the quantities available. In Europe, their share of use is less than one percent, according to the study. The authors review two scenarios in which the share of SAF increases to 20 or 32% by 2035. Depending on the scenario, they envision a share of 63 and 75% for 2050. SAF could still cost more than kerosene fossil until the 2040s.

“In order to be able to cover the growing demand for SAF, the production capacities required for this must be significantly increased,” said co-author Dirk Niemeier. Conventional kerosene manufacturers are also in demand. In this way, they could not only contribute to climate protection, but also make their business models resilient.

- Advertisement -
Share
Facebook
Twitter
Pinterest
WhatsApp
Previous articleThe government is modernizing the structure of the CIS to “increase professionalism” and make it “useful” for the administration
Next articleThey assure that Régé-Jean Page is about to return to ‘Bridgerton’: That’s what he knows