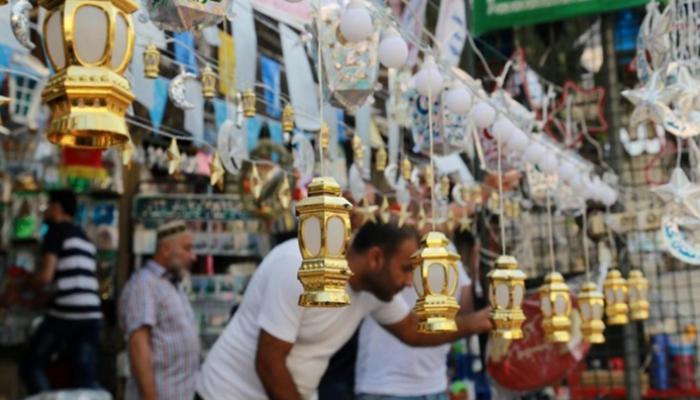 Lebanon is sad and there is no atmosphere of Ramadan in it, the country that used to greet the holy month with various decorations and preparations, did not take any steps in this regard.

This year’s Ramadan overlooks Lebanese in more difficult economic, financial and living conditions than last year, which was described as “the most difficult” over the years in this country.

After the Beirut municipality decorated the streets of the capital with Ramadan decorations, this has not happened yet. The Lebanese will also be deprived this year of Ramadan decorations in their homes, considering them a luxury, at a time when a large number of them cannot buy basic food and drink, whose prices have risen to records due to the high dollar exchange rate.

The deputy inspector general of Dar al-Fatwa and the imam of the Imam Ali mosque in Beirut, Sheikh Hassan Mereb, told Al-Ain Al-Akhbar that “the situation is bad, people are afraid of hunger in Ramadan, they are You know our tables are usually rich, but this year people will have a hard time making sure they don’t know if they’ll even be able to prepare a dish, at a time when prices continue to rise and the Russo-Ukrainian crisis has made things worse. “

He added: “During the month of Ramadan, Khayrun offered to distribute meat to the needy, and the price of a kilo ranged between 40 and 50 thousand pounds. We launched a campaign that benefited about 700 families”.

He continued: “But this year so far, no one has come forward to donate. The circumstances of the benefactors have changed. From here I say that I don’t know how Ramadan will happen to us, but sustenance is in God’s hands, and no one is starving, but there is no doubt that the circumstances are difficult.”

Sheikh Mereb noted that the Imam Ali Mosque has not yet been decorated, saying: “A few days ago I found out that some of the lighting bulbs in the mosque were not working, but I was embarrassed to ask people to replace them. The priority now is for so that the Lebanese can secure food and drink”.

So far, Souad Mneimneh, the daughter of Beirut, has not bought anything in preparation for the holy month, saying: “The price of a gallon of oil has reached half a million pounds. Cheese is very high, as is the dough chips”. , which means that I will not bring samosas before Ramadan, and I will not buy or buy meat and chicken to keep in the refrigerator either.

Souad added: “This year’s breakfast will be very different from previous years, as you will hardly be able to prepare the main course, asking, ‘We don’t know how much the fattoush dish will cost us, and whether it will disappear from our table as well. Or twice during the holy month, and we won’t be able to buy the jellab either.”

And he continued: “I have four children, two of them fasting, but surely their breakfast will not be as they would like, they know the reality of the situation, and that the matter is not limited to just us, but affects everyone. the vast majority. of the Lebanese”.

Likewise, Muhammad Qaz’un, son of the mountainous village of Qab Elias, who stressed that Ramadan comes this year in the most difficult circumstances, and said: “We regret the situation we have reached, not being able to secure heating oil and food for our family Even dates, which are among the essentials of this month, have exceeded The price of a kilo is 300,000 Syrian pounds, and on our table there will be no meat or chicken, not even juices, and with this we will not lose hope, and since Ramadan is the month of goodness, it will pass, God willing, better than the past months”.