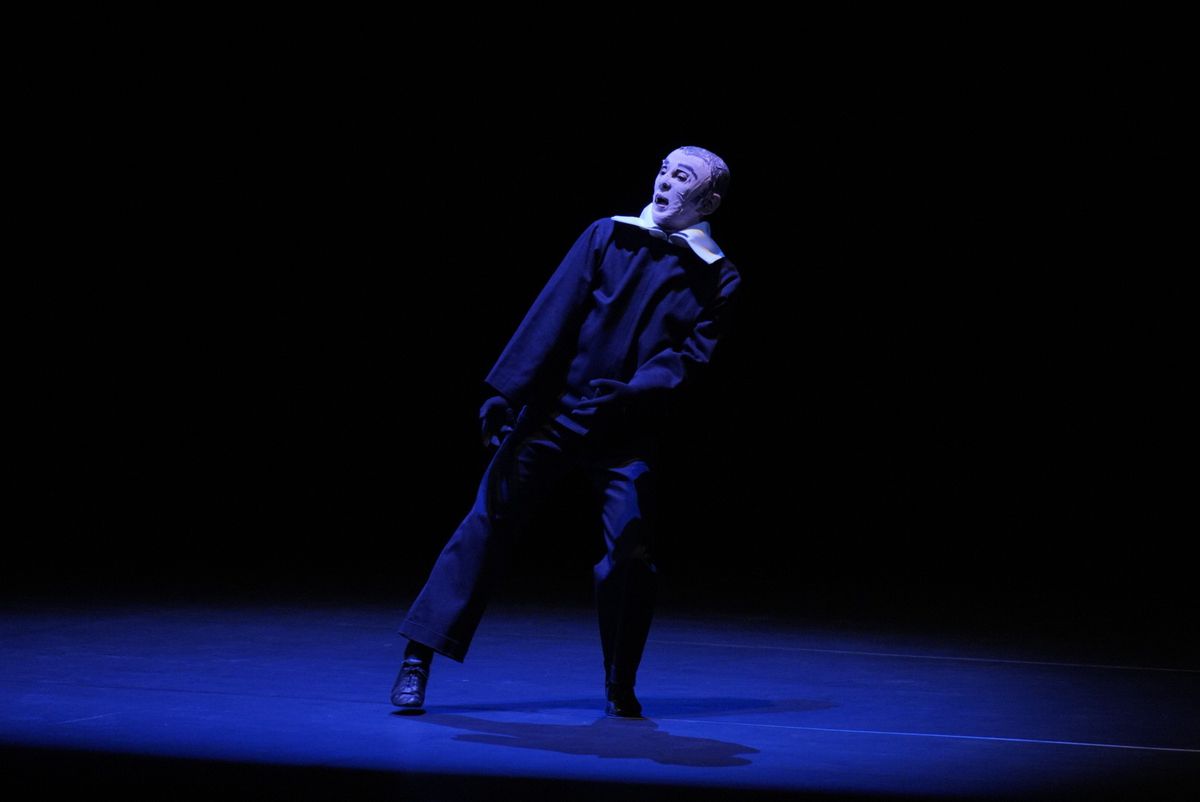 The scenic concepts change quickly; Dance is infused with genre-defying interdisciplinary influences, shows mutate into mixed languages ​​in themselves, often cryptic and complex, floor and hierarchy are left to the grand technological apparatus and an almost absolute escape from worldly narrative. It is what it is and you have to adapt. Festivals show the way: no one wants to lose the wheel of contemporaneity. In the middle, some creators, some personalities continue to go wrong on their own particular path and universe, resisting and not being swept up in the mainstream of Babel. Saburo Teshigawara (Tokyo, 1953) becomes a champion of such resistance. Question of personality and knowing (handling) what you want to do and show to the public. This year he received the Biennale’s Golden Lion for his entire career and Wayne MacGregor, Artistic Director, commissioned Teshigawara to reinterpret a work presented in June 2017 in Tokyo as part of the Karas Apparatus event. Petrouchka. Five years isn’t much, or an eternity depending on how you look at it, for a job of this magnitude.

Teshigawara’s establishment on the international stage was not quick, but it was achieved with great confidence and confidence in the works, which were gradually presented to convince the public and Western critics that there is a more powerful and serious modern Japanese dance . there and despite Butoh as a distinctive aesthetic current and as special as we know it. Teshigawara wanted something different, interested in the sensitive adoption of the western canon in his (and the eastern). The search for a conceptual and subtle beauty beyond all regionality. Ordained in major European theaters and companies, it can be said that it all began to materialize for him in Europe when William Forsythe invited him to the Frankfurt Ballet between 1994 and 1995; From then on his creations in Munich follow one another (sacred)Stravinsky, Nederlands Dans Theater and the Paris Opera (Air, 2003), among others. in 2007, black water, at the Teatro alla Scala in Milan he creates a kind of dazzling work, where his decalogue of selection and intervention is already taking on musical definitive form: for example Mozart fragments, some mild or encapsulated in reflective electronics, others violent. Great music as a malleable corpus.

It is a great scenic contrast that Teshigawara exploits: very often to the insignificant, often alone on gigantic empty stages, only light and the wandering artist with an orchestral apparatus that makes him capsize big waves, of urgency. Already in 2018 at the Lyon Dance Biennale, always with Rihoko Sato as partnerwas that Fantastic symphony von Berlioz, who acted as prosecutor and guardian. in the petrushka there is no live orchestra like in Lyon, and the manipulation makes it difficult to hear Stravinsky. In fact, the Russian composer was deliberately not mentioned in the programme, which is shocking and extremely rare.

There is an interest in breaking with the foregoing, and the choreographer himself has said that he never considered Fokin, Benois or Nijinsky, the creators of the original ballet of Diaghilev’s Ballets Russes. I just can’t believe it. It is evident that the symbolic Teshigawara doll has a father and other ancestors in 20th-century art history. Because it’s obvious that today’s Saburo isn’t the same as it was 20 years ago on stage. Today his movements are still identified as his own, but they are perhaps more jerky and overly repetitive. Stravinsky spreads a sonorous veil of grace and skips many moments. In others, the artist is shipwrecked in his theatrical solitude. Rihoko Sato takes on the roles of the dancer and El Moro, acting as a companion and integrating herself into a mysterious box where the doll suffers in search of a cycle of survival.

Previous articleThey appear at the “Schlagercomeback”.
Next articleMore than 40 provinces are on alert this Sunday for maximum temperatures that can reach 45C in Córboba and 44C in Cádiz