Sabor Madrid.. The secret of Aubameyang’s celebration in the Clásico 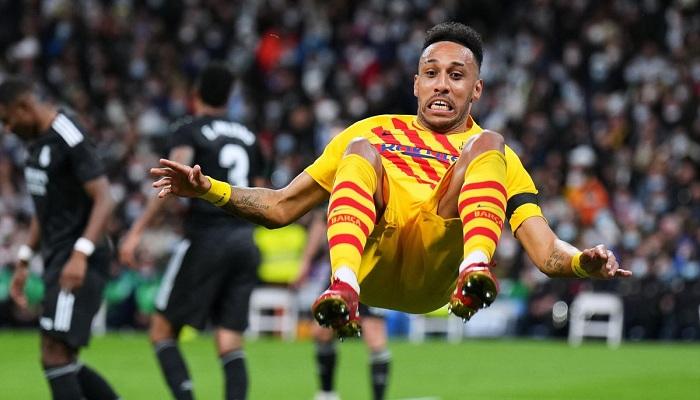 Barcelona striker Pierre-Emerick Aubameyang continued his brilliance during clashes with Real Madrid, but this time in his first Clasico in a Barcelona shirt.

Aubameyang contested the first Clásico of his career on Sunday at the Santiago Bernabéu, leading Barcelona to a 4-0 win by scoring two goals and converting one goal, ending Barça’s run of 6 games without a win in the Clásico.

Aubameyang scored 7 goals in 7 games against Real Madrid, including 5 in a Borussia Dortmund shirt and two in a Barça shirt.

Aubameyang revealed early last month, after scoring 3 hat-trick goals in Barça’s 4-1 win over Valencia in La Liga, about the secret of celebrating the jump in which his body turns, pointing out that he was inspired by the Mexican Hugo Sánchez. , ex-scorer for Real Madrid in the late 1980s and early 1990s. .

Oba responded to a question about the extraordinary celebration: “I started the celebration this way after seeing a player from another team doing it.” When the journalist asked him if he was referring to Sánchez, he replied: “Yes.”

Conqueror of Real Madrid.. The first Clásico leads Aubameyang to a historic achievement

Aubameyang scored 5 of his seven goals at the Santiago Bernabéu merengue, while the other two goals were scored at the Signal Aduna Park, Borussia Dortmund’s stronghold.

Sánchez is considered one of the most famous goalscorers in Madrid’s history, having won the Golden Boot as Europe’s top goalscorer in 1990 and winning the La Liga top goalscorer title 5 times, including 4 consecutive times from 1985 to 1988. and the best foreign player at the Ballon d’Or Awards in 1989 and 1990. 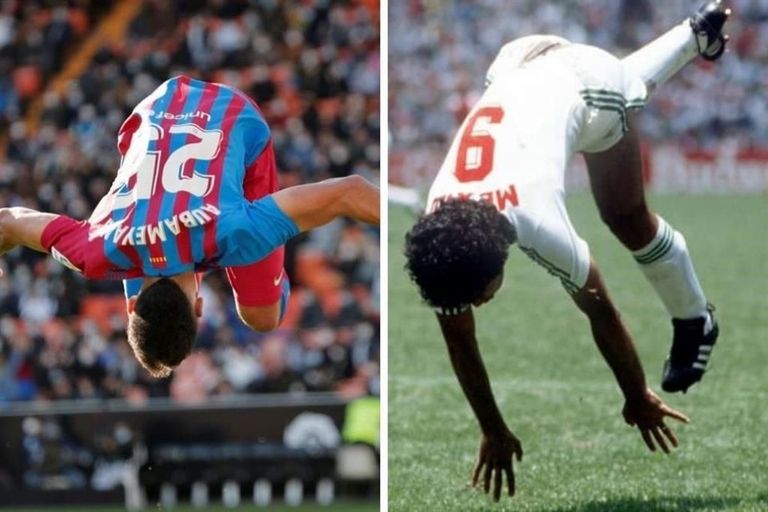