Sabine makes a fool of herself with Google translate 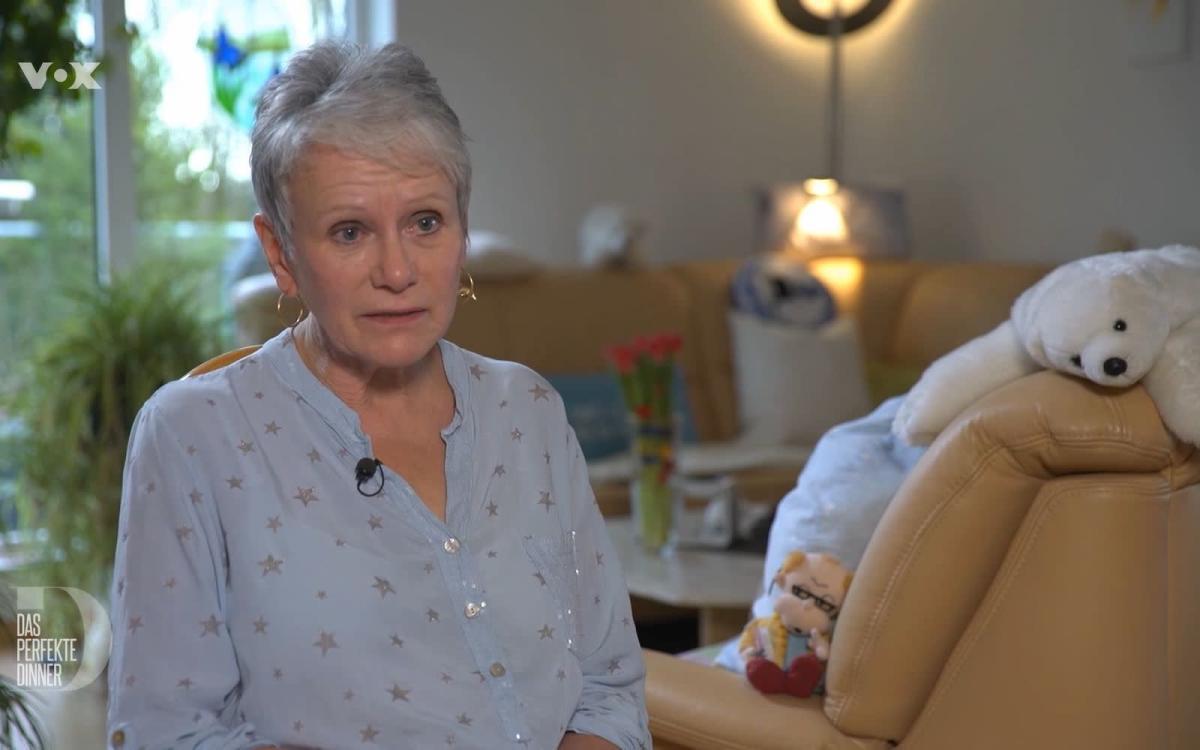 Inspired by the south, frozen in the arctic and automatically muddy: in the “Perfect Dinner” (VOX), Sabine (61) threatens to fail because of her own ambition.

The further the “Perfect Dinner” in Bielefeld progresses, the clearer the typology of those involved becomes: while Johannes (68) is as nervous, sour and healthy as the Westphalian brown bread he values, Andreas (45) smiles as brightly as he does. the furniture of his beautiful family home. After the first two hosts, Sabine (61) now offers deeper insights into the apartment and the inner workings: the regional court official loves colors and also has a soft spot for polar bears, who populate her rooms in every room. decorative variants. -and with whom she even talks.

So, the gourmet group first has to pass the “Lars” stuffed animal on night 3 and greet him and his porcelain colleagues. It goes unnoticed that the bright orange bathroom also has an animal guest: a roast beef simmers under vacuum in the sous vide cooker stored there. “Then the kitchen won’t be bubbling all the time,” explains the hostess, whom Johannes calls a “free spirit” for good reason.

Sabine is lost in Google translation

Sabine sees herself as “colourful, eccentric and crazy” and has designed her menu accordingly. With her Mediterranean motto, she not only reflects her wanderlust, but also her pragmatism. Not being able to speak Spanish, Italian, or French, she still wanted the dishes to appear in her native languages:

Mediterranean language confusion, created – Sabine is quite open about it – by Google’s translation service. It’s not just the linguistic abbreviation that makes Sabine’s purist colleagues frown. Although Johannes praises the “European idea”, he criticizes the “irregular implementation”: “‘Lait de poule’, that is, ‘milk from the chicken’ Is that supposed to be eggnog? It doesn’t exist in France!”

Meat from the ‘vending machine’: “It’s a shame you can break something like that”

For Franz (33), everything seems a bit “try”. Likewise, sous-vide cooking doesn’t achieve the desired effect: “A little soggy and unseasoned” is the veal’s verdict. “It’s a shame that something like this can be broken like that,” the strict Johannes scoffs at the “machine” effect, which he suspects.

It’s almost a miracle that Sabine, who always goes for colors (“What do you notice on my blouse? Exactly, all the national colors on it!”) for her Spanish tapas, the surf & turf with Italian potato packets and the homemade eggnog raspberry meringue dessert (which can really inspire at the end) can still score 28 points. With that, Sabine is even with her biggest critic, Johannes, for second place after Andreas. So it’s going to be very exciting! Because as the next hostess Regina (33) says: “We are close to the end”.

In the video: Food too spicy? This is how you can save it