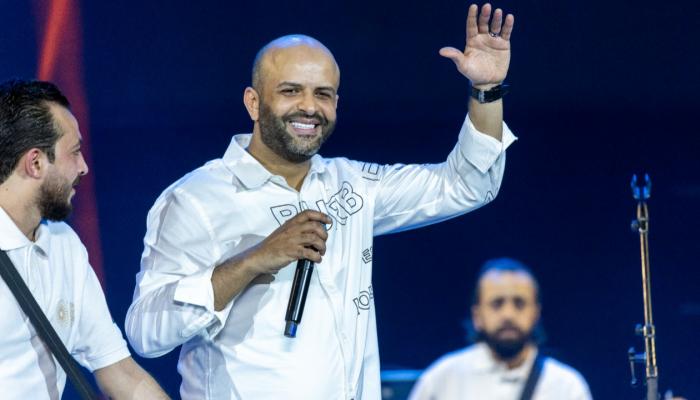 Jordanian artist Saad Abu Tayeh lit up the atmosphere of the Dubai Millennium Theater on Thursday with a concert during which he presented a wonderful selection of the most beautiful Jordanian songs.

The ceremony included the performance of a dance performance group of various types of folk dances derived from the Jordanian artistic heritage.

A variety of traditional and folk songs were also performed, and artist Abu Tayeh, with his band and dancers, was able to entice the audience to interact with him by singing, swinging and performing traditional dabkes in a wonderful festive atmosphere.

The audience had the opportunity to enjoy a dazzling bouquet of famous Jordanian and traditional songs, such as the song “Aal’in Mulitin”, “You plant roses” and “Ya Saad if you see it”, while Abu Tayeh was masterful in diversifying the words of some of his lyrical sentences, through which he presents a greeting of love and gratitude to the people and leadership of the United Arab Emirates, through the song “Al-Dahiya”, a Jordanian folk song.

The artist Abu Tayeh also restored outstanding lyrical works by famous Jordanian voices, such as Omar Abdel Lat, after which he followed the heritage and developed lyrical links stemming from the rich fragrant Jordanian art Rih Yahzak”, leading to a large number of members of the audience to participate in the performance of the popular dabkes. 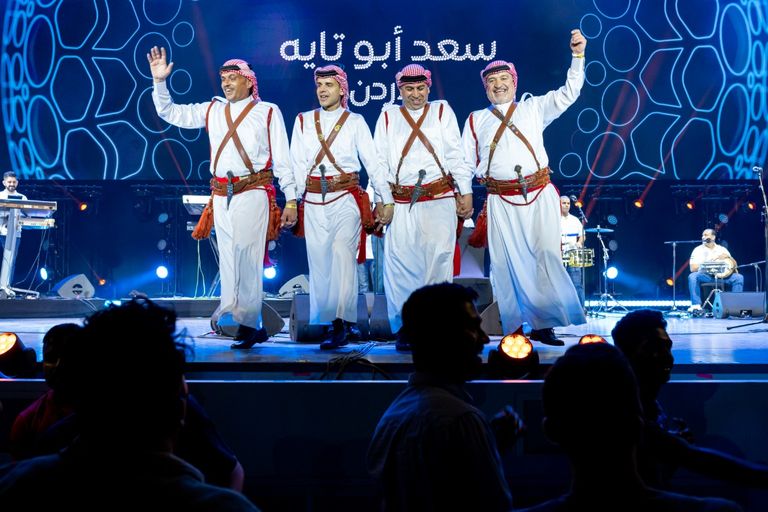