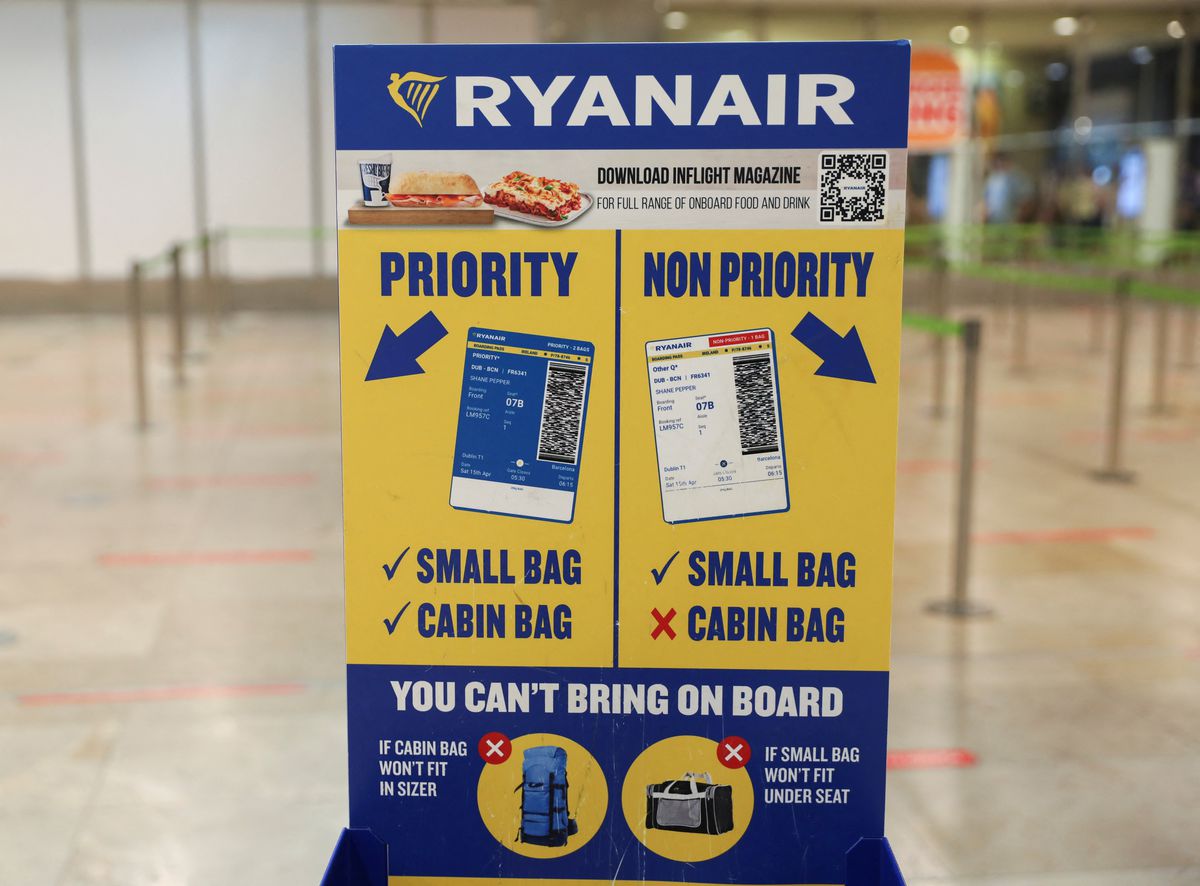 The first of six days of strike by Ryanair cabin crew (TCP) in Spain, taking place this Friday, will have little impact as the airline has decided not to cancel any flight out of Spain. Due to the TCP strike by Belgian crew members, only flights from Belgium to Spain have been cancelled.

The Irish low-cost airline has taken the decision to operate 100% of scheduled flights for the first phase of the six-day strike, which began at midnight, as all are protected by the Department for Transport approved minimum services decree tomorrow.

USO and Sitcpla, the unions that called the strikes, have sent Ryanair a certimail (certified email with legal validity) warning them that they are clearly in breach of this minimum benefit decree. “Ryanair is sending us an illegal order that appears to be in violation of the Minimum Carriage Regulation, which in itself was abusive. The National High Court has already agreed with us on previous strikes: Ryanair violated the right to strike, a fundamental right enshrined in our Constitution, and the then Department of Public Works also violated our right by imposing abusive minimum benefits on us.” said Lidia Arasanz , USO Secretary General at Ryanair.

The Department of Transport has set minimum performance levels ranging from 73% to 82% for domestic flights to or from the islands and from 53% to 58% for peninsular flights that take more than 5 hours travel time by public transport and international flights. For national flights on the Peninsula, the travel time of which by public transport is less than 5 hours and which is only scheduled on Barcelona strike days, the minimum service is 36%.

Belgian unions ACV PULS and CNE and Portuguese union SNPVAC have joined Spain’s in calling on Ryanair crew members to go on strike in those countries on June 24, 25 and 26. USO reported yesterday Thursday that Ryanair has decided to cancel all flights operated by Belgium as there are no minimum services there and the company knows they would be on strike, 18 of them with Spain on the 24th and 25th day). In France, the SNPNC union called a strike on June 25th and 26th, while in Italy UILTRASPORTI and FILT-CGIL called a strike on June 25th.

- Advertisement -
Share
Facebook
Twitter
Pinterest
WhatsApp
Previous articleGDP grew by 0.2% in the first quarter, a tenth less than expected, on the back of the slowdown in consumption
Next articleThe best sex of your life