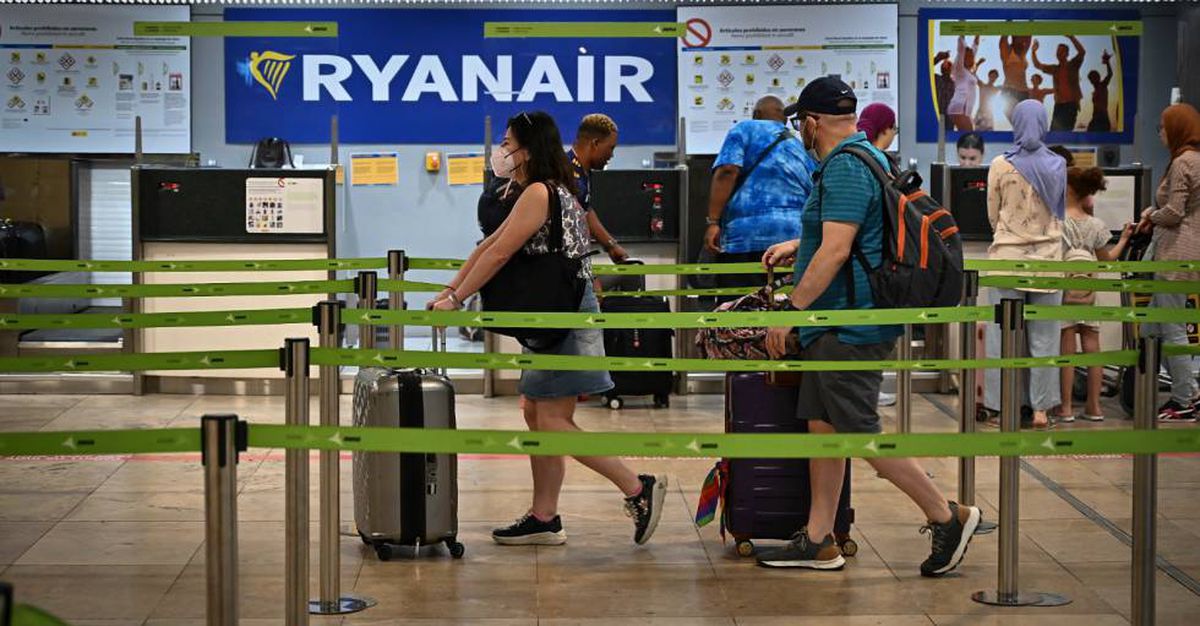 The USO and Sitcpla unions of Ryanair cabin crew have formalized the call for a new round of five-month strikes from 8 August to 7 January 2023, both included. The strike days during this period will take place weekly from Monday to Thursday, 24 hours a day on each of the days, EL PAÍS told union sources.

The call comes after 18 days of strikes by the low-cost airline workers since late June and into July, which have resulted in the cancellation of around 250 flights and delays in more than 1,000.

Despite the strikes, the company has refused to negotiate a wage improvement demanded by the unions and has also fired 11 workers “for lawfully exercising their right to strike”, opening 100 files sanctioning as many other workers . according to the same sources.

The call for this almost indefinite summer strike comes at a time of peak traffic for Spain’s largest airline by passenger numbers, as it carries one in four travelers arriving or departing from Spanish airports. The strikes will affect crew members at the airlines’ bases at Madrid-Barajas, Barcelona, ​​​​​​Malaga, Alicante, Seville and Palma de Mallorca airports, but they will affect national and international connections with all-Spain flights.

The convened unions continue to call, as in previous calls, for the application of Spanish labor law in relation to breaks, the salary increase to regain pre-pandemic levels and offset inflation, the brake on subcontracting policies by employment agencies such as Workforce and Crewlink under Irish law and the reinstatement of redundant workers.

Workers’ representatives consider that these disciplinary decisions are “arbitrary” and only serve to prevent the legitimate exercise of the right to strike. “These are clearly deterrent and exemplary measures taken by the company, which blatantly contravene the fundamental right to strike,” the sources cited say.

So far, the airline has limited itself to pointing out that the dispute is negotiable because of the closure of USO and Sitcpla, citing as an example the agreements reached with other unions such as CC OO, in the case of the crew, or the Sepla, in that of the pilots. The parallel agreement signed by management with CC OO last June applies only to crew members who decide to join this union and contains demands such as a salary increase of 1,000 euros for 2022 and 800 euros for 2023, as well as the obligation to pay a fixed minimum salary instead of one variable, as required by crew members with hourly contracts and remuneration below the SMI (interprofessional minimum salary) and 600 guaranteed flight hours.

The airline has also downplayed the impact of the strikes, stressing that they damage Spain’s reputation as a tourist destination more than the airline itself. Furthermore, during the days of disruption it has offered little information about the incident, limiting itself to pointing out that in most cases the impact was less than 1% of scheduled flights, but without ever giving specific figures on cancellations and delays , work that is being carried out by the unions.

The president of the Irish company, Michael O’Leary, completely ignored the strikes of his crews in Spain when presenting the results last Monday, blaming the “unprecedented delays” of the past few weeks on the operation of the “air traffic” controllers and ground staff.