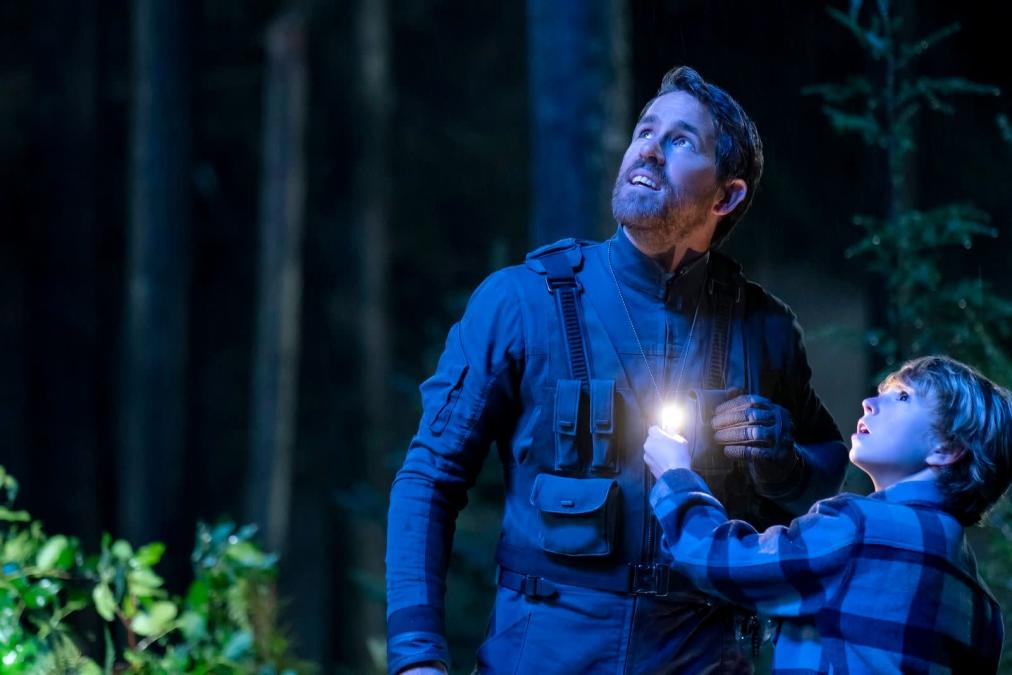 Ryan Reynolds delivers his next Netflix movie and teams up with his younger self to save his father and the world in ‘The Adam Project.’

You can hardly avoid Ryan Reynolds (“Free Guy,” Killer’s Bodyguard”) on Netflix. The dog-eyed, loose-mouthed Canadian is the all-rounder on the streaming service. After the tumultuous storm of action “6 Underground” and the bland, scoundrel comedy “Red Notice”. His third Netflix movie follows. In the sci-fi fairy tale “The Adam Project,” Ryan Reynolds travels through time from March 11 and meets his self. The “Deadpool” star joins Mark Ruffalo (Bruce Banner/Hulk in the MCU), Zoe Saldana (Gamora in the MCU) and Jennifer Garner (“Elektra”), three other Marvel stars on the wacky ride.

Time travel is always a tricky business in movies. The rules are clear: one must not intervene in the events of the other time plane and, above all, contact with oneself must be avoided as much as possible. You’ve known it since “Back to the Future” at the latest. Adult Adam Reed, of course, doesn’t care much about the rules: he escapes from the year 2050 and practically lands at the feet of the twelve-year-old version of himself.

me and me and dad

Nothing happens, in any case the space-time continuum does not go unhinged. So the old man can show young Adam (played confidently and with a big mouth by the up-and-coming Walker Scobell) how things work and complete a whole list of tasks with his own help: find the girlfriend (Zoe Saldana), a nasty businesswoman (Catherine Kener). ), comforting his grieving mother (Jennifer Garner) and, most importantly, convincing his father (Mark Ruffalo) not to invent time travel in the first place.

It’s all as absurd as it sounds, but also quite entertaining. Stranger Things director Shawn Levy doesn’t take all the time travel nonsense too seriously. He prefers to let Adam grow into himself with lots of one-liners.