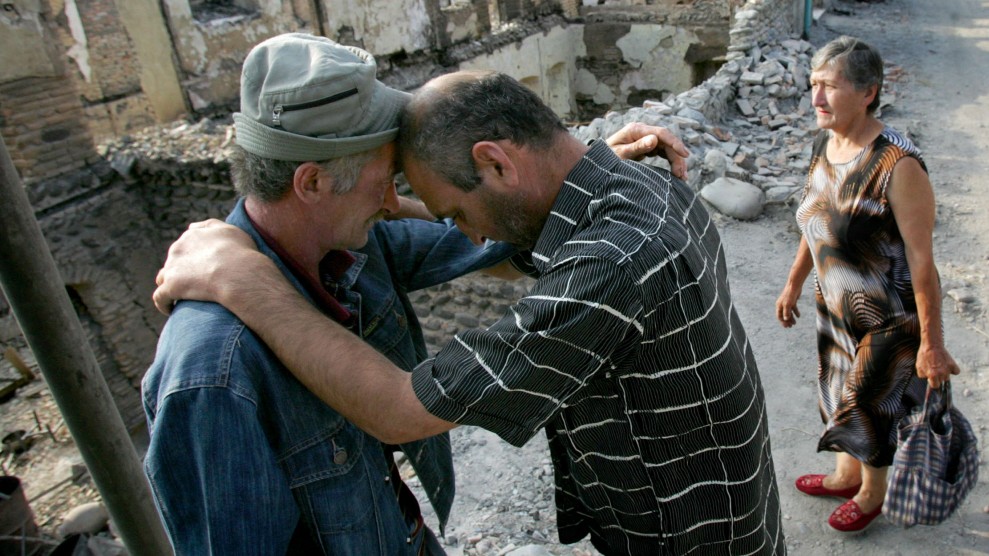 The chief prosecutor of the International Criminal Court (ICC), the British Karim Khan, has a sense of timing. On Thursday he requested three arrest warrants for Russia’s 2008 invasion of Georgia, naming three suspected Russian war crimes commanders. Fourth, he named a major general in the Russian army at the time as the alleged mastermind, who is now deceased.

These investigations had been in the making for years. But now, in the third week of the Russian invasion of Ukraine, the chilling signal for Russian authorities today is clear: Look, we take our investigations seriously. And we don’t forget.

They are three men who were involved in Russia’s seizure of power in the Georgian border region of South Ossetia between July and October 2008. General Mikhail Mindzaev was Interior Minister for the pro-Russian separatists, Gamlet Guchmazov was chief from his prisons, David Sanakoev was his “human rights officer” and later foreign minister. The fourth, Major General Vyacheslav Borisov, who died last November, was deputy chief of the Russian Air Force. In his press release, the ICC chief prosecutor lists the men’s crimes, followed by the remarkable sentence: “My agency found similar patterns of behavior during its preliminary investigations into the situation in Ukraine.”

Many Georgians fled when the Russian military seized control of the area along with Russian-speaking separatists in 2008. Georgians who stayed behind, especially the elderly or those unable or unwilling to leave their homes, were often arrested, Karim Khan said in his statement. “The evidence shows that many of these people were illegally detained in unsanitary and unsafe conditions, insulted, beaten, tortured and humiliated.”

Threats of punishment could reduce Putin’s willingness to negotiate

One of the stated goals of ICC prosecutors is not only to shed light on past injustices, but also to further investigations that promise to have an impact on the present. They regularly dismiss doubts that the warlords will be impressed by this. For example, Chief Prosecutor Khan’s predecessor, Fatou Bensouda of The Gambia, referred in an interview with the Süddeutsche Zeitung once in the example of Kenya. There, the International Criminal Court indicted politicians who instigated week-long riots against civilians during the 2008 elections. The next elections were much more peaceful then. “I’m not saying there is clear causality, but I think the ICC is already playing a role.”

However, with a view to the war in Ukraine, there is also criticism of this prosecution, especially after some Western countries, including Germany, officially requested the launch of war crimes investigations a few days ago. Not only Wolfgang Ischinger, longtime head of the Munich Security Conference, points out that threats of punishment could reduce Putin’s willingness to negotiate rather than increase it. Ischinger recalls the 1990s in the Balkans: Back then, Bosnian Serb leaders could not have participated in peace negotiations in the United States because they were wanted with an arrest warrant. A troublesome effect.

There was also criticism in the case of the civil war in Libya. When the ICC issued an arrest warrant for faltering dictator Muammar al-Gaddafi in 2011, some observers objected that this would ultimately block him from going into exile. But the ICC was not intimidated. Gaddafi continued to fight his fight, which had become useless for a long time, to the end.