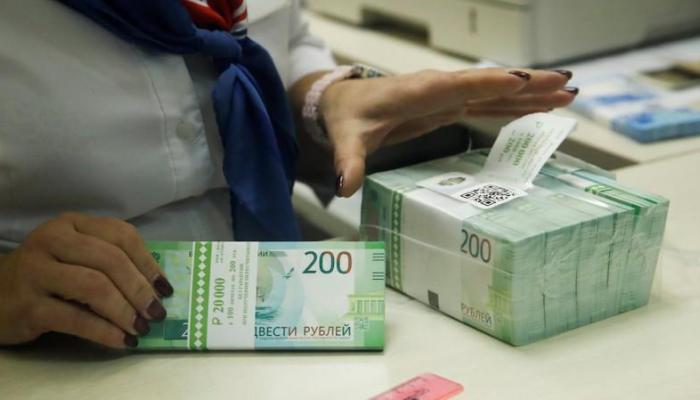 In the midst of the Russian-Ukrainian war, some terms and characters emerge, among them the oligarchs.

Since the beginning of Russian military operations in Ukraine, Western countries continue to increase their economic sanctions against Moscow and the Russian oligarchy in Europe.

The United States and its allies are trying to clamp down on Russian banks and companies owned by oligarchs.

Who are the oligarchy?

Elise Giuliano, a professor in Columbia University’s Department of Political Science who specializes in post-Soviet Russia, says oligarchs are wealthy, politically and socially influential businessmen who are often, though not always, personally connected to major political leaders of the country.

An oligarch may have political influence, by the classic definition of oligarchy, but it has been clear since the war began that most of Russia’s billionaires have little or no influence with Russian President Vladimir Putin.

Russia’s indigenous oligarchs amassed their fortunes during the 1990s, during the chaotic period after the collapse of the Soviet Union, when state assets were auctioned off to private entrepreneurs.

The period of transition to the free market system saw the acquisition of large shares by entrepreneurs and former officials in Russian companies operating in the oil and gas, metallurgy, mining, railway, transportation, agricultural and other industries. basic.

The rise of the oligarchs after the Soviet Union

The Russian oligarchs emerged between 1992 and 1994, when the newly independent Russian Federation established a share privatization system, in which shares in some 15,000 state-owned companies were made available to private buyers under the program.

The program was intended to allow ordinary Russians to buy shares, but instead, businessmen with ties to the state received large shareholdings, giving them large holdings or control over the companies.

The program has resulted in people inside companies owning two-thirds of privatized shares, according to a 1999 study by the International Monetary Fund.

For his part, University of California political science professor Daniel Triesman noted that if the communist leader at the time, Gennady Zyuganov, had won the election in 1996, he would have been expected to simply nationalize these companies and take back the shares. they had been floated

Russia’s 1998 financial crisis was a temporary setback for the oligarchy, as rising commodity prices and Russia’s growing economic integration into the Western system during the 2000s led dozens of new business leaders to Join the ranks of Russia’s plutocrats.

A new generation of oligarchs

With the assertion of state control over more and more private companies, a new generation of oligarchs, the “silovarca”, emerged. The term, which Triesman coined by combining the words oligarch and siloviki, is a Russian word for the country’s military and security elite.

Many Silovar leaders know Putin personally when he was in the KGB, or while working for him in St. Petersburg after the collapse of the Soviet Union.

The so-called sylovars are business elites who took advantage of their connections in the FSB (Russian Federal Security Service) or the military to amass a huge fortune, wrote Stanislav Markus, a professor of international business at the University of South Carolina.

Marcus added: Since 2003, the silovarcas have dominated key sectors of the economy and have held important positions in the executive branch of the state.

The University of South Carolina professor noted that silovarcos are disproportionately represented on the boards of so-called state-owned companies, often with large stakes in companies operating in sectors where profitability depends on government preference.

Oligarchy and invasion of Ukraine

The future does not look bright for the oligarchs, after the Western sanctions against Russia, 20 of them have been subject to personal sanctions since March 14 by the United States and its allies, regardless of which side they are on, Russia or Ukraine .

The oligarchs who sold their Russian assets and moved their possessions to the West are rapidly turning away from Putin and his regime. But many of them are subject to sanctions in any case.