Russian oil threatens the “Iraqis” in India and China 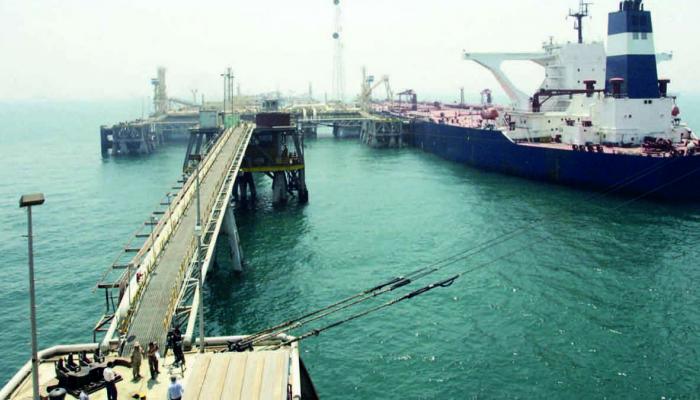 Concerns have recently been raised in Baghdad about the repercussions of the Russo-Ukrainian war on the sale of Iraqi crude in Asian markets.

According to experts, the concern about these repercussions is in the sale of Iraqi crude oil in China and India, which represent 70% of its oil exports.

With the start of the Russian war against Ukraine and the imposition of sanctions on Russian oil, international companies have already started to avoid buying Russian oil, leading Russia to offer competitive offers that have already benefited both China and India.

While Russia exports 7 million barrels a day, which is double Iraq’s exports, questions are being raised as to whether Iraqi oil faces a major challenge from Russia’s acquisition of Iraq’s share of Indian markets. and Chinese due to price discounts that exceed 20 dollars per barrel.

Iraq relies on approximately 92% of the financial returns from proceeds from the sale of crude oil to support national revenue and secure investment and operational requirements for the various sectors of the state.

Iraq has an export capacity of around 3.3 million barrels per day, of which India imports around 1.3 million barrels per day and China around 1.1 million barrels.
International oil prices are experiencing an accelerated rise after a long decline that lasted almost two years due to the epidemiological conditions and lockdown restrictions imposed by the Corona virus.
Despite the rise, there are emergency variables that could spoil the recovery of crude oil prices in Iraq, which occurs as a result of the Russian-Ukrainian war that broke out on the 24th of last month.
The United States of America had imposed a package of economic sanctions on Moscow after it invaded Ukraine, including a ban on the purchase of Russian oil and coal by many countries in the world, especially Western countries.
Russia supplies the European continent with about 40% of natural gas and more than half of the rest of the world, in addition to being the third largest oil producer in the world, after the United States and Saudi Arabia.
The oil expert, Nabil Al-Marsoumi, warns about the consequences of the Russian advance towards those markets and its repercussions on the Iraqi oil exported.
In an interview with “Al-Ain Al-Akhbar”, Al-Marsoumi noted that “Russian Ural crude has natural properties that are compatible with Indian refineries, which may represent an attractive alternative to Iraqi oil.”
However, Al-Marsawy believes Iraq will likely keep pace with the Russian move through Basra medium and heavy crude by offering discounts parallel to current market variables, but they may not last long, because Russia has granted another concession. to pay in Indian rupees. and Chinese yuan in exchange for Russian oil.
Meanwhile, oil expert Hamza Al-Jawahiri underestimates the repercussions of this Russian reduction in the Chinese and Indian markets, pointing to a great world demand for Iraqi oil in Europe and the United States.
Al-Jawahiri explained to “Al-Ain News” that “the US sanctions imposed on Russian oil are not binding because they are not international or issued by the UN Security Council, and therefore Russian oil will continue to flow to the world markets”.
The Iraqi Oil Marketing Company (SOMO) responded by clarifying the impact of the Russo-Ukrainian crisis on Asian demand in general, and India and China in particular, for Iraqi crude.
The company added, in a clarification, that “all of our customers in these two markets have requested to load their full contract quantities without any shortages.”
And he indicated that “the Asian market is the main market to which Iraq is targeting for its oil exports due to the good growth it achieves in the field of expansion and consumption of refineries”, considering that “it is not economically and strategically feasible to reduce our market participate in it in exchange for directing larger quantities to the European and US markets, which aim to reduce fossil fuels”.
She emphasized: “Sumo refuses to cut prices Russian-style and sell at prices well below market prices.”
Sumo indicates that it “observes the variables of world oil markets and uses its accounts to translate these changes, either negatively or positively, to ensure the production of a price difference for signal oil that accurately reflects the fair value of the Iraqi crude. , emphasizing that “it is not our policy to sell less than that value” or at price discounts.