Russian offensives near Kiev: the night at a glance 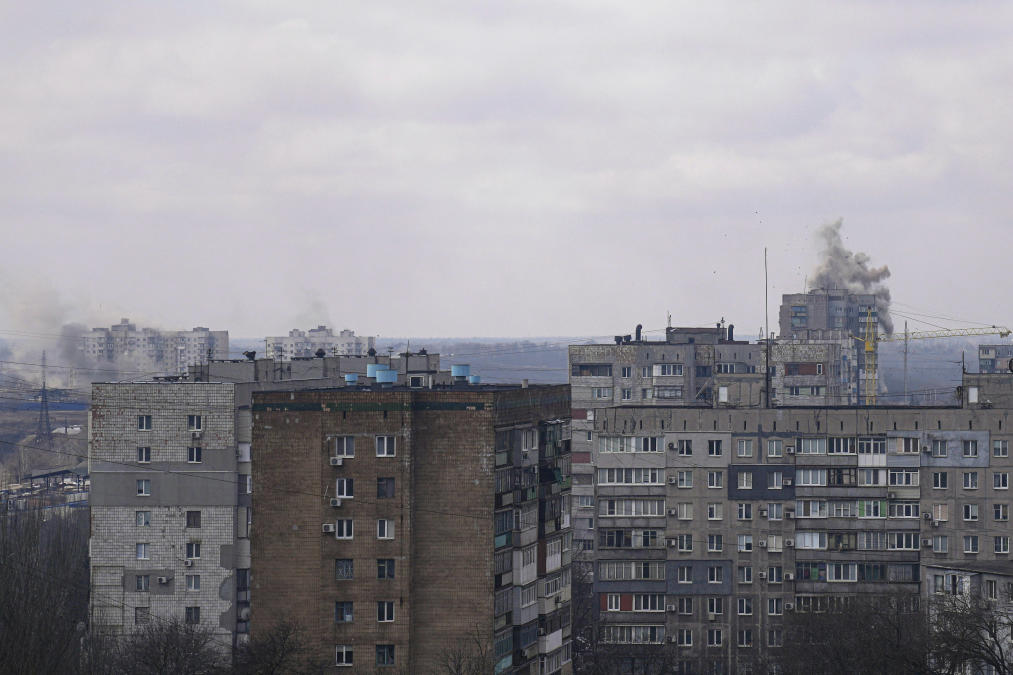 More than two weeks after Russia invaded Ukraine, attacks on battered Ukrainian cities are intensifying again. Below is an overview of what happened overnight and an outlook for the day.

In Russia’s war against Ukraine, the capital, Kiev, is once again in the spotlight. More airstrikes are also reported from the west of the country, not far from the Polish border. Meanwhile, concerns about the Chernobyl nuclear ruins and a research reactor in eastern Ukraine have been cleared up for now.

Around Kiev there are Russian offensives in the northern limits of the city near Sazymja and in a southerly direction near Vyschenky, the Ukrainian general staff said on Saturday night. These offensives were partially successful in some areas. In the capital, Kiev, flight alarms were activated at least three times on Saturday night. According to CNN, “minutes of” shelling could be heard in the city from afar on Saturday morning.

Russian Air Force strategic bombers are said to have used cruise missiles on the cities of Lutsk, Ivano-Frankivsk and Dnipro. Lutsk and Ivano-Frankivsk are located north and south of the city of Lviv, not far from the Polish border. On Friday night, Russia expanded its attacks into western Ukraine. Rocket attacks were also reported from Mykolaiv in southern Ukraine. The information could not be independently verified.

According to Ukrainian military information, Russian troops are trying to blockade the city of Chernihiv in northeastern Ukraine from the south-west. Ukrainian President Volodymyr Zelenskyy said a key water pipeline in Chernihiv was damaged by shelling. As a result, the city of almost 280,000 inhabitants was left without a water supply.

In a video speech on Saturday night, Selenskyj demanded the release of the mayor of the city of Melitopol, which was occupied by Russian troops. Pressure on the mayors or their “physical removal” will not help Russia seize Ukrainian cities. Such an approach is a “sign of weakness” for Russia. Kiev announced on Friday that the mayor of Melitopol in southern Ukraine, Ivan Fedorov, had been kidnapped. This could not be independently verified. One video showed hooded people pulling a man out of a central building.

US President Biden: We must prevent World War III

According to President Joe Biden, a direct military confrontation in Ukraine between the US military and the Russian armed forces must be avoided so that a “third world war” does not occur. The US military and NATO partners will unite and defend “every inch” of alliance territory “with full force,” Biden wrote on Twitter. “But we will not go to war with Russia in the Ukraine. A direct confrontation between NATO and Russia is World War III, and something we must strive to avoid,” the Democrat wrote. Ukraine is not a member of NATO.

At the former Chernobyl nuclear power plant, technicians managed to repair part of the power lines. This was reported by the International Atomic Energy Agency (IAEA) in Vienna on Friday night, citing the Ukrainian operator. On Wednesday, the energy supply for the cooling of the fuel elements was interrupted. However, the IAEA did not see any safety issues. Emergency generators provide electricity there. Despite the difficult situation, it was possible to deliver more diesel.

According to the research center damage in Kharkiv: No increase in radiation

The go-ahead came after Ukraine reported a new bombing of a nuclear research center in the eastern Ukrainian city of Kharkiv. According to a statement from the Ukrainian parliament on the situation at the nuclear facilities, no damage was found that would affect radiological safety. The power supply to safety-relevant systems has also been restored. On Friday night, the Russian military accused Ukrainian forces of having “blown up” a building at the research center to “hide nuclear research.”

France believes that it is possible to block Russia’s access to Interpol mechanisms after restrictions on Russian investigators have already been introduced. Russian authorities can no longer send inquiries directly to member countries, but only through Interpol headquarters. This was decided to prevent abuse of the system surrounding the Ukraine war. The French ministry announced on Friday that there were already suspicions of several such abuse attempts.

That will be important on Saturday.

Federal Foreign Minister Annalena Baerbock wants to know more about the situation of war refugees in Moldova, on the border with Ukraine. The Greens politician said before leaving that she wanted to get a direct picture of how Germany could support Moldova even more comprehensively in this exceptional situation. “We will not allow the shock waves caused by Russia to spread to other countries in Europe.”