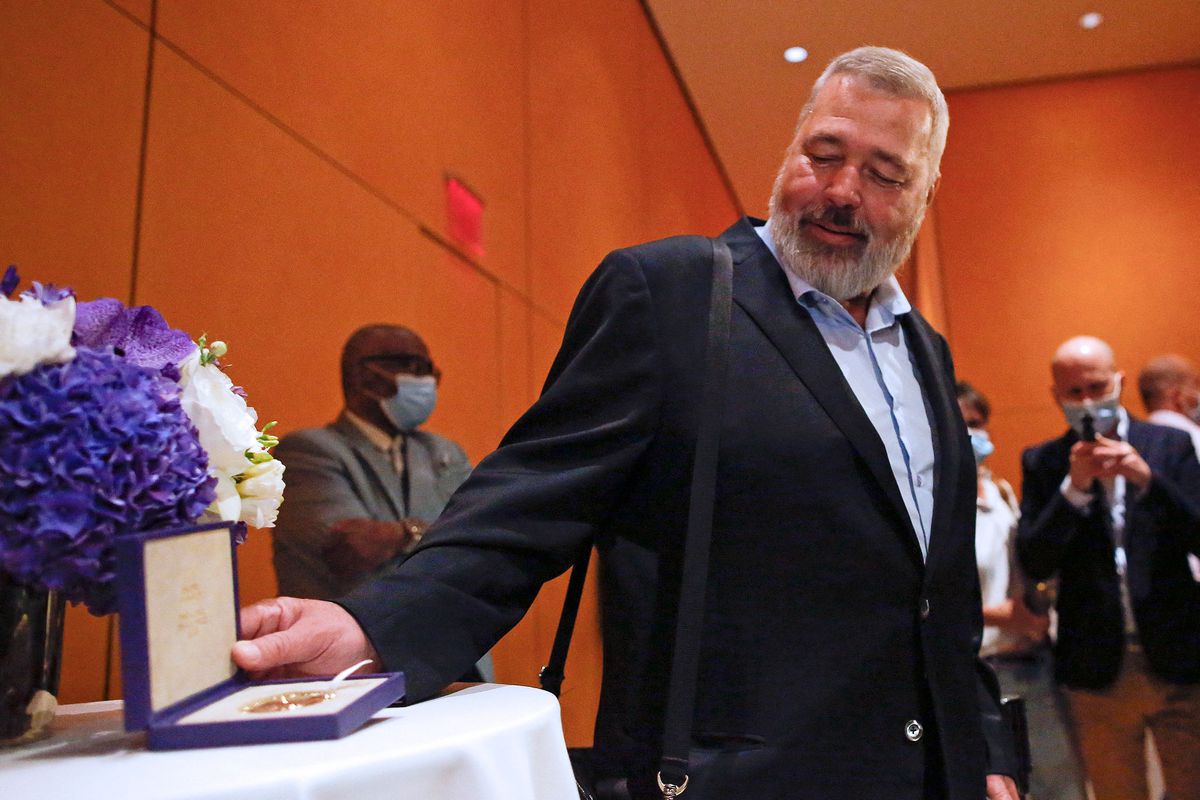 Russian journalist and 2021 Nobel Peace Prize winner Dmitri Muratov auctioned the commemorative medal of this award in New York this Monday for a record $103.5 million (around €98 million) to help children affected by the Russian offensive in Ukraine were expelled. All proceeds from the auction, which coincided with the celebration of World Refugee Day on June 20, will be used to support the humanitarian aid provided by the United Nations Children’s Fund (UNICEF), the company in charge of the auctions, Heritage, reported in a statement related to the sale. The auction house did not disclose the identity of the buyer.

Bids started at $700,000 and quickly rose to $16.6 million, but suddenly one bidder placed a $103.5 million phone bid that no one else matched. “The most important thing is that people know that there is a conflict and that we have to help those who suffer the most,” the journalist said after the award medal auction. Muratov also encouraged his initiative to “set an example for people to auction their valuables to help Ukrainians”.

Dmitri Muratov is the director of the newspaper Novaya Gazeta, is considered the last independent print medium in Russia and is extremely critical of President Vladimir Putin and his government. News of the auction has not yet been published by his newspaper, as this newspaper suspended its publication at the end of March until the end of the fighting in Ukraine. Its journalists paralyzed its dissemination after receiving several warnings from Roskomnadzor – the Russian telecoms supervisor – for its coverage of the conflict. The medium had already adopted the term to define the Russian military intervention established by the Kremlin; i.e. “special military operation”.

“We received another warning from Roskomnadzor. After that, we suspend the publication of the newspaper on the website, in social networks and in print until the end of the “special operation on the territory of Ukraine”. Sincerely, the wording of Novaya Gazeta‘ said his penultimate piece of news. A few weeks later, the newspaper changed its cover to report on an attack Muratov himself suffered while on a train journey. Some strangers attacked him with red paint and acetone. Despite the recordings and investigations by his media, the attackers have not yet been arrested.

Russian journalist, co-founder of Novaya Gazeta In 1991, together with Filipino journalist Maria Ressa, he won the 2021 Nobel Peace Prize for “their efforts to uphold freedom of expression, which is a prerequisite for democracy and lasting peace,” according to the Swedish committee. He pledged to donate about $500,000 of that award to charity and dedicated it to the six journalists from his publication who have been killed since 2000. Also on that list was Anna Politkovskaya, a critic of Russia’s war in Chechnya, who was murdered in his elevator apartment in Moscow in 2006.

According to US media, the sale broke the record for any Nobel medal ever auctioned. “This price is unmatched by any other auction offer to date,” Heritage Auctions said in a statement ahead of the auction. “Mr. Muratov, with the full support of his staff Novaya Gazeta, allows us to auction his medal not as a collector’s item, but as an event which he hopes will have a positive impact on the lives of millions of Ukrainian refugees.”

Unicef ​​had warned in early June that two children were dying every day due to fighting in Ukraine. In addition, he estimated that there were around 5.2 million displaced Ukrainian children, 2.2 million of them outside their country. Russian authorities admitted this week that there are about 300,000 minors in their country. According to the United Nations Children’s Fund, by early June one of the six “safe schools” the UN agency had in Ukraine and 256 medical centers had been destroyed, to which “hundreds of schools a year could be added across the country”. As of June 20, the Office of the United Nations High Commissioner for Human Rights has identified 4,569 civilian deaths and 5,691 wounded during the nearly four months of the Russian offensive, confirming the deaths of 304 minors overall, although the United Nations acknowledges that the Numbers will be “significantly higher” due to the delay in gathering and problems in the main areas of hostilities.