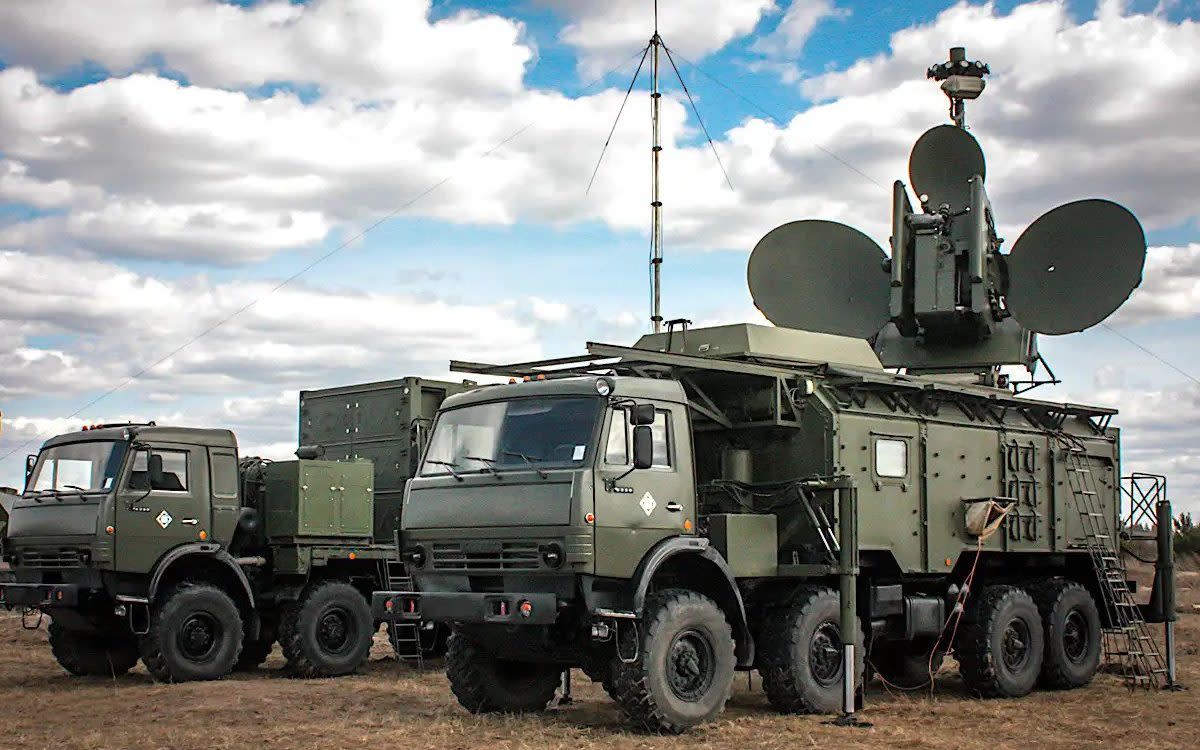 Western spy agencies are preparing to examine one of Russia’s most powerful electronic warfare systems after a unit was captured in Ukraine.

The Krasukha-4 system, designed to jam large radars and satellites, was recovered from the battlefield near kyiv partially damaged but otherwise intact.

Intelligence officials will be eager to exploit the find to assess how efficient Russian equipment is at tracking NATO aircraft.

The equipment is likely to be transported by road to the US Air Force base in Ramstein, Germany, before being flown to the US for further examination.

NATO military chiefs have been wary of the technology for years because they fear it could track the alliance’s airborne warning and control planes, which act as air traffic control in the event of a conflict.

The equipment can also jam radar reconnaissance satellites and drones.

A Krasukha-4 system is believed to have been used in Syria against Turkish forces flying TB-2 Bayraktar drones. Russian electronic warfare radar was thought to interfere with the drones’ control signal, causing them to lose control and crash.

The command module was found on its side with rudimentary camouflage of branches on top, suggesting it had been involved in an accident and was considered unrecoverable by Russian troops.

No attempt appears to have been made to destroy the module.

Commissioned in 2010, it was developed as part of a larger system to protect Russian ground assets from spy satellites and other airborne surveillance equipment.

Known in Russian service as Kret, the system is believed to have a range of around 300km.

The jamming system is believed to be powerful enough to physically damage sensitive electronic systems on some aircraft.