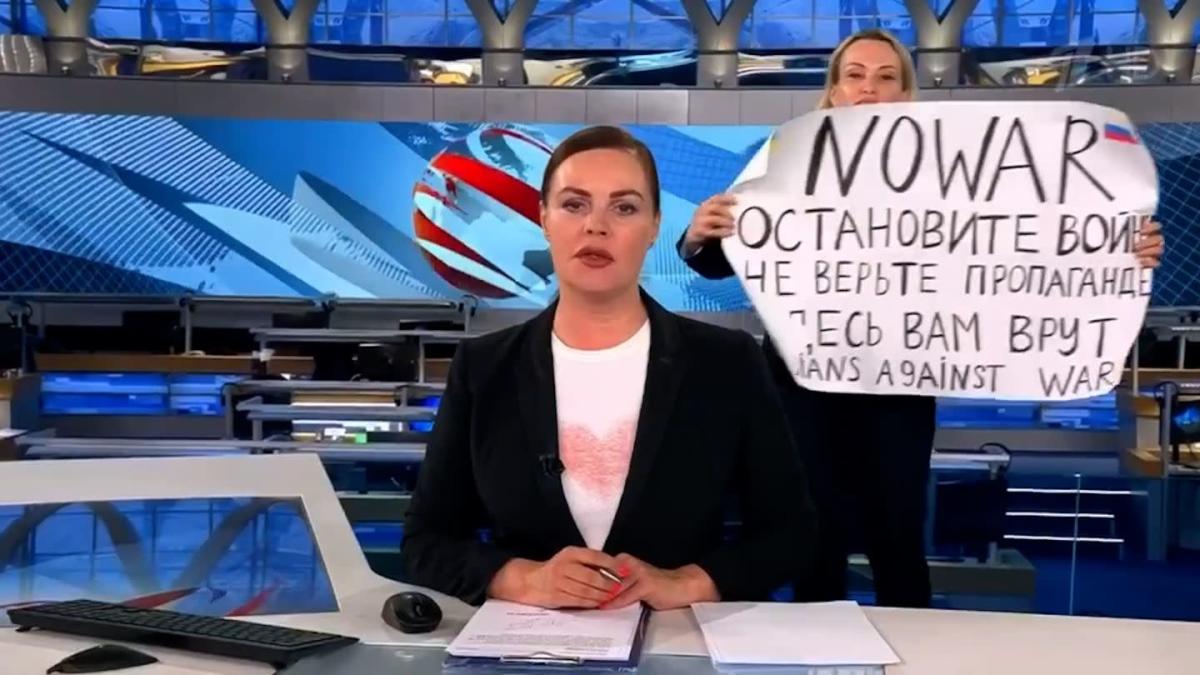 Washington (AP) – The Russian television journalist, who protested Russia’s war in Ukraine with a sign during the state television newscast, has called on her compatriots to think critically.

At the same time, Marina Ovsyannikova was convinced in a video interview with US broadcaster ABC on Sunday that the majority of Russians are against the war of aggression ordered by Kremlin chief Vladimir Putin. “The people of Russia are really against the war. It is Putin’s war, not the Russian people’s war.”

According to an ABC translation, Ovsyannikova said she was unable to sleep or eat after the Ukraine attack. What she was shown at her station “was very different from what actually happened.” With her action, she wanted to show the world “that the Russians are against the war.” At the same time, she wanted to make it clear to her compatriots that they had to “think critically and critically analyze the information presented to them” in the face of propaganda.

The editor of Russian state television held up a protest poster against the war in Ukraine in front of the camera Monday night on the main news channel One. The poster also said that viewers “are being lied to here.” Also, in a separately recorded video, Ovsyannikova described the Russian attack on Ukraine as a crime. It is forbidden to talk about war in Russian state media. The state leadership calls for action in the neighboring country a “special military operation” for the “demilitarization” and “denazification” of Ukraine.

A fine could be followed by more

Ovssyannikova was sentenced to a fine of 30,000 rubles (about 226 euros) for her performance on Tuesday. However, she may face another punishment: investigations have been launched into the alleged spread of lies about Russia’s armed forces, the state agency Tass reported, citing a source from the investigating authorities. It was feared that Ovssyannikova could be prosecuted under the new media law, which provides for up to 15 years in prison.