Russian gas in rubles … What do Moscow’s sanctions on the European Union mean? 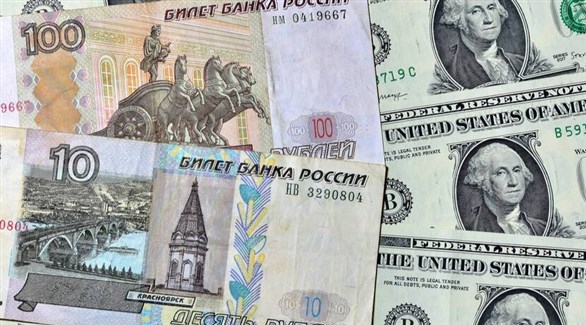 Vladimir Putin’s decision to prevent hostile countries from paying for Russian gas in dollars or euros may help reliance on dollars in the energy market, but its implementation is uncertain, says energy specialist Nicolas Mazucci of the Strategic Research Foundation. from France.

In addition to the decision that may constitute a breach of contract, as several analysts and the German government pointed out on Wednesday, the difficulties are also the method of setting the rate and the choice of intermediary banks.

yes: Can Vladimir Putin’s decision to prevent Europeans from paying for oil derivatives in dollars or euros be considered surprising?

yes: What are the possible repercussions?
TO: If the decision is implemented, it will have two effects, the value of the ruble will artificially increase because it will create a demand for the ruble that was affected by the Russian decision to invade Ukraine.

As for the second important effect of Russia, it is that from the moment the dollar is stopped, this will allow in one way or another to avoid totally or partially the American sanctions, which can focus on the use of the dollar because much of the validity American law outside the United States is based on the dollar, and giving up the dollar is an attempt to eliminate American leverage.

With respect to Iran, for example, the ability of the United States to prevent Iran from trading was to say, “We prevented them from trading in dollars.”

Moscow can hope to get around certain sanctions by saying, “Now things are no longer in the world of oil and gas in dollars or euros.”

yes: Which French companies will be affected by this decision?
TO: All companies that buy petroleum derivatives directly from Russia will be affected. Until now there is Total Energy, which announced the cessation of all purchases of oil and its derivatives from Russia, but will continue to buy gas from it… There is Engie, which also buys gas from Russia, and everything related to Nord Stream, since the company was among the five French companies that contributed to the financing of the project.

Until now, in contracts similar to Nord Stream, gas quantities have been valued in dollars. A certain amount in dollars for every thousand cubic meters. The question is, since Russia wants to establish a system based on the use of the ruble, how can we convert this dollar amount into a ruble amount, what is the reference value that we will base it on? We have to see how it will be implemented. How will the implementation be, will it be necessary to go through specific banks? If so, banks will not necessarily be able to operate in Europe, should they go through third countries?

It can be case by case, and each team, if it wants to continue trading with Russia in oil derivatives, can implement its own strategy and path, and there will not necessarily be a single model.