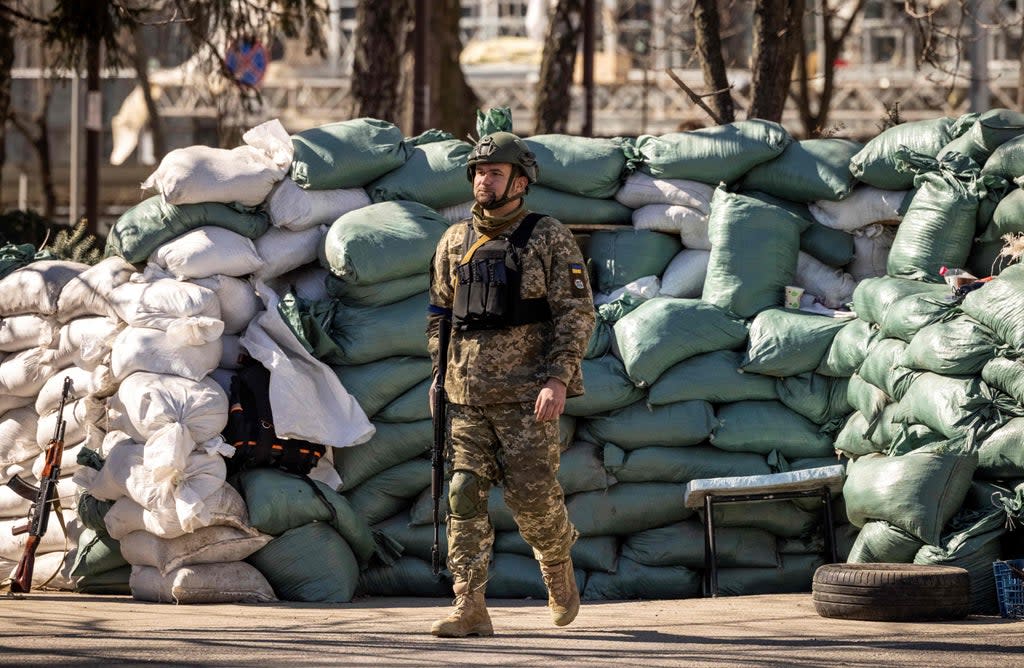 Ukrainian forces are “fending off” Vladimir Putin’s attempts to seize the city of Mariupol despite “heavy fighting”, British defense chiefs said on Tuesday.

They stressed that Russian forces, on the 27th day of the invasion, were “largely stalled” in other parts of Ukraine.

They also highlighted the scale of the refugee crisis, with estimates that more than 10 million Ukrainians have been forced to flee their homes.

In its latest intelligence update, the Defense Ministry said: “Despite heavy fighting, Ukrainian forces continue to push back Russian attempts to occupy the southern city of Mariupol.

“Russian forces elsewhere in Ukraine have endured another day of limited progress with most forces stuck in place.”

The Defense Ministry added: “Several Ukrainian cities continue to come under heavy Russian air and artillery shelling and the UN reports that more than 10 million Ukrainians are now internally displaced as a result of Russia’s invasion.”

The US Embassy in kyiv highlighted a report by Anastasiia Lapatina, a journalist for the Kyiv Independent.

She emphasized: “Mariupol is now a ghost town: 80 percent of its infrastructure is damaged or destroyed, 40 percent of which cannot be rebuilt, authorities say. One of the largest in the country, a beautiful developed city razed to the ground.”

The Kremlin gave the people of Mariupol until 5 a.m. Monday to leave the city in southern Ukraine, through evacuation corridors or face military courts.

However, Ukrainian President Volodymyr Zelensky, the civilian leaders and the military commanders of the city rejected the ultimatum.

As Russian troops get bogged down in battles to seize cities, concern is growing in the West that Putin may resort to even more barbaric methods, possibly using chemical weapons.

Mariupol had its electricity and running water cut off from the beginning of the invasion, and later its food supply, with more and more reports of atrocities committed by Russian forces, and some local residents had to bury their neighbors in roadside graves.

A theater housing more than 1,000 people, including children, was hit by a massive bomb, and 130 were pulled alive from the rubble, but the fate of many of the others remains unclear.

A school, where 400 people were sheltering, was also attacked as Putin targets cities with increasingly indiscriminate attacks.

The Kremlin denies that Russian troops are shelling towns and cities, which flies in the face of reality on the ground.