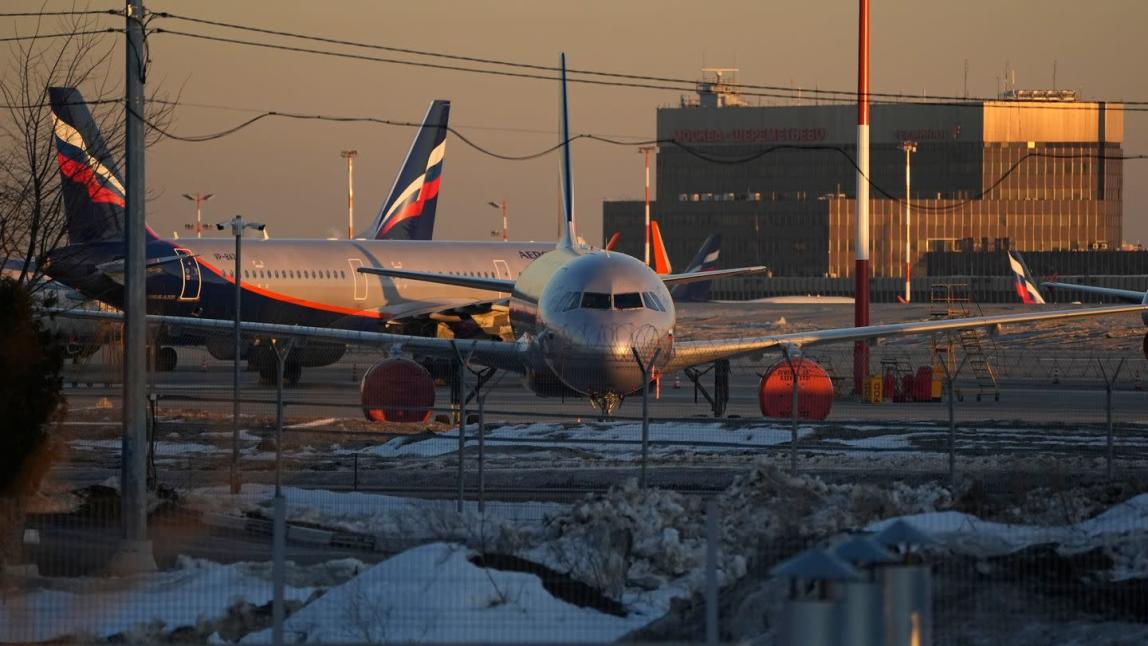 After western airspace has already been closed to Aeroflot and other Russian carriers, domestic traffic in the giant country with eleven time zones could soon be severely affected. Not only is Western technology lacking, but also capital and international approvals. President Vladimir Putin is trying to secure at least domestic traffic with his own alternative structures.

Without Western technology, Russia’s current civilian fleet would seem quite ancient. About 90 percent of Russian airlines’ passenger and cargo planes, such as Aeroflot and S7, came from Airbus and Boeing, says Steven Udvar-Hazy, head of aircraft financier ALC. The old Antonov, Ilyushin and Tupolev from the Soviet era are no more and would not be competitive today either.

Most of the aircraft are also leased, and are mostly owned by aircraft financiers outside of Russia. Now they fear for their property because after EU sanctions, the contracts must be terminated before March 28 and they cannot reach the planes. According to the IBA aviation consultancy, on March 10 there were still 523 machines owned by foreign aircraft financiers in Russia. The largest customer is the Russian company S7 Airlines with 101 machines, followed by Aeroflot with 89 jets. The analysis firm Ishka estimates the total value of all machines leased from abroad to Russia at $10.3 billion.

On Monday, Putin created the conditions to be able to continue trading this valuable currency in his own country for the time being. After the air traffic control authority of the Caribbean island of Bermuda revoked the airworthiness of all Russian aircraft registered there, the Kremlin is creating its own license option, the Tass agency reported on Monday. For tax reasons, many aircraft of Russian companies, recognizable by the abbreviations VP-B and VP-Q, were allowed to enter the British Overseas Territory.

Legal reference is no longer possible

In the medium term, regular aircraft maintenance, which in peacetime is the task of highly specialized and internationally certified service providers, could become a problem. According to his own statements, the world market leader Lufthansa Technik maintained around 400 planes on behalf of a dozen Russian airlines before Putin’s attack on Ukraine and withdrew after the start of sanctions. There is still some material left in the Russian branches that could be enough for a few weeks of operation. A Russian airline even shipped a truckload of material last week, a spokesman in Hamburg confirmed.

However, if additional parts are required, the Russians cannot legally obtain them. “Of course they could delay maintenance intervals, improvise and ‘kill’ planes for parts,” says one source. Certainly the nightmare of the aviation security authorities, but Iran has escaped US sanctions for more than three and a half decades, at the price of a shrinking fleet, which, moreover, could barely land anywhere. place for security reasons.

Russia’s once-proud aviation industry faltered after the fall of the Soviet Union. Manufacturers under the umbrella of the OAK aviation holding company have developed two types of passenger aircraft for short and medium haul routes. But the Sukhoi Superjet 100 made headlines mainly for breakdowns and problems and turned out to be an international flop. And for the MS-21 medium-haul jet, which is intended to compete with the Airbus A320neo and Boeing 737 Max, development and approval were years behind schedule.

Western vendor technology is in many places on the machines. French engine maker Safran, for example, is contributing essential parts of the Superjet propulsion. And the MS-21 owes its power to the geared turbofan engine made by Pratt & Whitney in the US and MTU in Germany. If there was no Russian alternative for them, the current sanctions would kill off the type of aircraft. However, the Russians have now developed their own engine for the MS-21. And the Superjet should also get a Russian boost. The Russian aviation industry is familiar with the consequences of the sanctions: it has not been allowed to import composite materials for the MS-21 from the US and Japan since 2019 and has therefore established its own production.