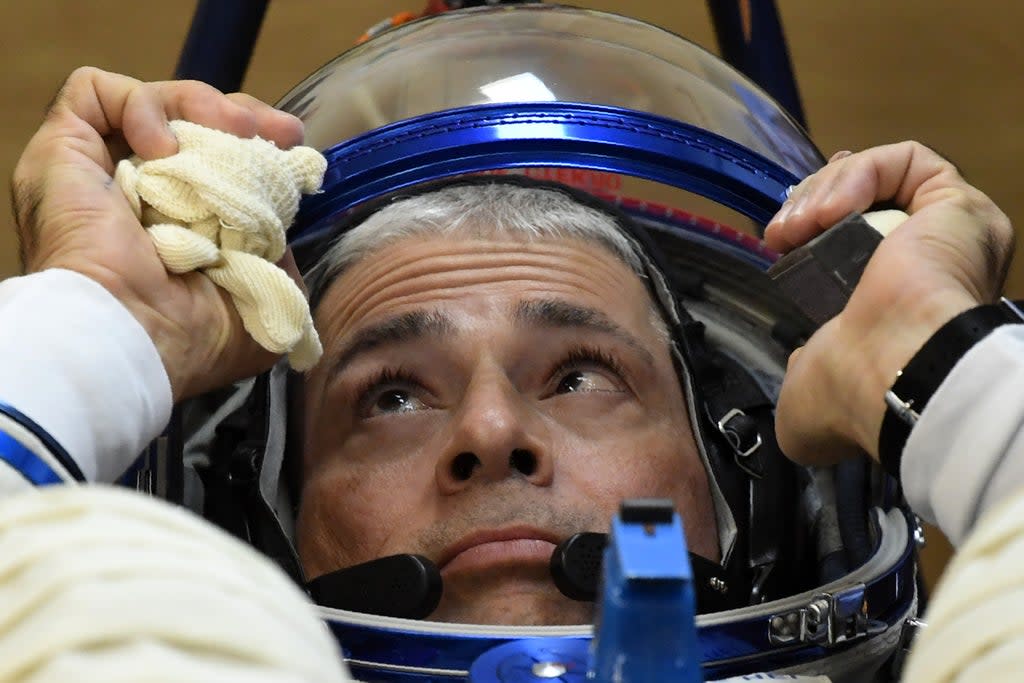 The Russian space agency has said it will return American astronaut Mark Vande Hei from the International Space Station aboard Russia’s space capsule as scheduled amid tensions between the two countries over the situation in Ukraine.

After spending nearly a year aboard the ISS, NASA astronaut Vande Hei, along with Russian cosmonauts Pyotr Dubrov and Anton Shkaplerov, are scheduled to return to Earth on March 30 in a Russian capsule.

Critics questioned whether the Russian space agency Roscosmos would agree to bring the American astronaut back to Earth amid US-imposed sanctions.

The head of the space agency, Dmitry Rogozin, even uploaded on his Telegram channel an excerpt from a Fox News broadcast that claimed that Russia could leave the NASA astronaut in space, the Russian state news agency TASS noted.

Some of the sanctions imposed by the United States on Russia are also expected to affect future programs of the Russian space agency, US President Joe Biden said last month.

Roscosmos has continued to retaliate by pulling out several long-standing partnerships, including an announcement that it would cease operations at the European spaceport in French Guiana.

The European Space Agency also said its joint mission with Russia to Mars was “highly unlikely” due to sanctions linked to the war in Ukraine.

Many space experts have expressed concern that Mr. Rogozin is jeopardizing decades of peaceful cooperation between Russia and the US on space matters, especially their partnership on the ISS.

But amid these tensions in cooperation on space missions, the Russian space agency has now confirmed that it will bring the American astronaut back from the ISS as scheduled.

“American astronaut Mark Vande Hei will travel back home on the Soyuz MS-19 spacecraft together with Russians Anton Shkaplerov and Pyotr Dubrov on March 30. Roscosmos has never let anyone doubt its reliability as a partner,” said the press service of the Russian space agency. .

Mr. Vande Hei, 55, a retired Army colonel, who moved to the ISS in April, breaks the US individual spaceflight record of 340 days on Tuesday. The American astronaut is scheduled to leave with the two Russians aboard a Soyuz capsule to land in Kazakhstan on March 30.

Despite the conflict on the ground, NASA said the orbiting laboratory is operating as usual and astronauts are continuing to do their jobs.

But Vande Hei said he was avoiding talks about Ukraine with Russian cosmonauts.

“We haven’t talked too much about it. I’m not sure we really want to go there,” Vande Hei told a television interviewer in mid-February.

“It would be a sad day for international operations if we can’t continue to operate peacefully in space,” NASA chief of human spaceflight Kathy Lueders said, adding that it would be “very difficult” to do it alone.

The Independent has a proud history of campaigning for the rights of the most vulnerable, first running our Welcome Refugees campaign during the war in Syria in 2015. Now, as we renew our campaign and launch this petition in the wake of the development of the Ukrainian conflict crisis, we call on the government to go further and faster to ensure that aid is delivered.

- Advertisement -
Share
Facebook
Twitter
Pinterest
WhatsApp
Previous articleIn a letter to players, Greg Norman says the Saudi-backed league will launch, with details of the first events on Wednesday.
Next articleLower Saxony and Bremen: start of the process: a 44-year-old man is said to have strangled his former partner