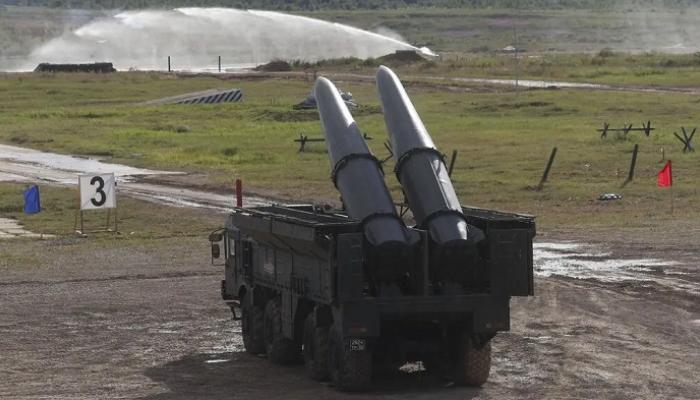 The New York Times reported that US intelligence officials have discovered that these short-range ballistic missiles, which Russia fired at Ukraine, contain a surprise, and that is that they are equipped with devices capable of fooling air defense radars and thermal missiles.

Authorities said one device is about a foot long, arrow-shaped, white, and has an orange tail. These devices are fired from short-range Iskander ballistic missiles, which Russia launches from mobile launchers across the border, when the missile detects that it is under attack by air defense systems.

Each of these devices contains electronic components, which emit radio signals to block or fool enemy radars trying to locate the missile, and contain a heat source to attract incoming missiles.

The officials, who spoke on condition of anonymity, said the use of these deception devices helps explain why Ukraine’s air defense weapons have such a difficult time intercepting Russia’s Iskander missiles.

According to US government documents, the Iskander missile, which is equipped with a solid-fuel propulsion engine, can hit targets at a distance of more than 330 kilometers and each mobile launcher can fire two such missiles before being reloaded.

Images of these devices began circulating on social media two weeks ago, baffling intelligence experts and analysts who initially believed they were cluster bombs due to their size and shape.

Richard Stevens, who spent 22 years in the British Army as a specialist EOD soldier and then worked as a civilian bomb technician for 10 years in southern Iraq, Africa and elsewhere, said he had handled many Chinese and Russian weapons. . , but he had never seen such devices before.