Russia targets the Ukrainian base “Yaforiv”… What is its strategic importance? 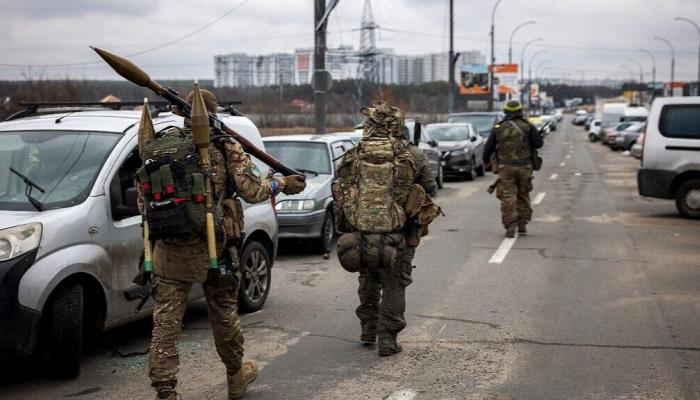 A Ukrainian military base near the Polish border was bombed by the Russian army, which confirmed on Sunday that it had killed “foreign mercenaries” and destroyed “foreign weapons”.

Ukrainian President Volodymyr Zelensky on Monday called on NATO to impose a no-fly zone over his country, considering that refusing to do so would lead to a Russian attack on the alliance’s countries.

The region’s governor, Maxim Kozytsky, said the attacks were carried out from the Black and Azov seas, leaving 35 dead and 134 wounded.

For his part, Russian Defense Ministry spokesman Igor Konashenkov said that “Russia targeted the International Center for Peacekeeping and Security. Foreign trainers work there,” without specifying whether they were there during the attacks.

He stressed that “as a result of this attack, up to 180 foreign mercenaries were eliminated (in addition to the destruction of) a large number of foreign weapons.”

Polish General Waldemar Skopczyk confirmed that this base is used to train units of foreign forces with volunteers who come to Ukraine to fight against the Russians.

And the military aid destined for Ukraine by Western countries since the beginning of the Russian invasion on February 24 also goes to this base.

“This is the third military installation or landing strip that the Russians have attacked in western Ukraine in the last two days,” Pentagon spokesman John Kirby told ABC. “So it seems clear that they are expanding their objectives, at least in terms of airstrikes,” he added.

Previous attacks had targeted a military airport in Lutsk (northwest) on Saturday, killing four Ukrainian soldiers, as well as the Ivano-Frankivsk airport in the far west.

Zelensky called on NATO on Monday to impose a no-fly zone over his country, saying that refusing to do so would lead to a Russian attack on the alliance’s countries.

“If they don’t close our skies, it will only be a matter of time before Russian missiles land on their territory, on NATO territory,” he said.

And the Ukrainian president continued: “Thirty missiles are aimed at the Lviv region alone”, recalling that “he clearly warned NATO leaders last year of the outbreak of war if strict precautions were not taken against the Russian Federation “.

In Kiev, only the roads to the south remain open. The capital, according to Ukrainian sources, is increasingly surrounded by Russian soldiers who destroyed Vasylkiev airport on Saturday.