Russia Suffers Military Casualties in Ukraine ‘On a Scale Not Seen Since WWII’, Western Officials Say 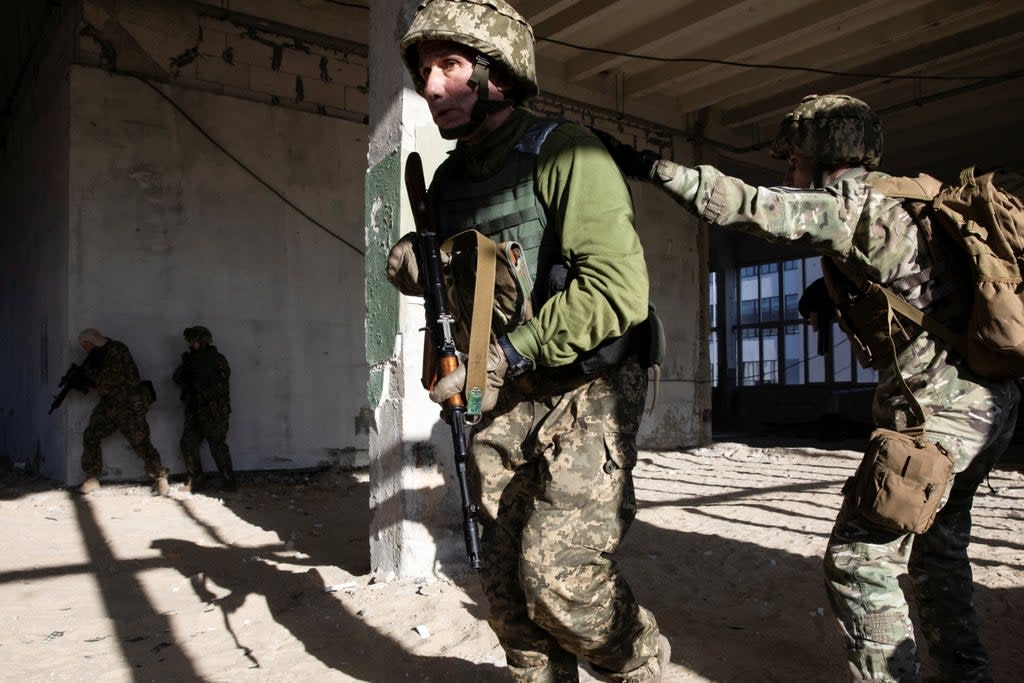 Russia is suffering military casualties in Ukraine on a scale not seen since World War II, Western officials said Tuesday.

One stressed that a Russian troop death toll of nearly 10,000 since Vladimir Putin ordered the invasion of Ukraine on February 24 was believed to be a “reasonable estimate.”

The figure was published by a pro-Kremlin tabloid, attributed to military sources in Moscow, but then quickly removed.

The number of wounded and incapacitated Russian soldiers is believed to be three to four times higher.

“This is a level of casualties that hasn’t really been experienced since World War II,” the Western official said.

However, he added that Russia has such combat power that it could continue the conflict for some time even with this “very significant” drain on its forces.

Russian military chiefs had ordered the use of hypersonic missiles and other special weapons, the official said, but at the moment they are not expected to materially influence the course of the conflict.

Ukrainian forces are successfully repelling Russian attacks in multiple places, but not forcing them to withdraw.

“This is not going as planned by the Russians,” he added.

Vladimir Putin’s plan for a blitzkrieg invasion of Ukraine, to quickly seize kyiv and topple the government, having failed, he now resorted to heavy bombing and airstrikes on major cities, including Mariupol and Kharkiv.

This strategy was causing a humanitarian catastrophe on a “massive” scale, with over ten million Ukrainians now believed to have been forced to flee their homes.

The Western official said it was “plausible” that Russian logistical problems have been so severe that some of Putin’s troops now have only three days’ worth of fuel, food and ammunition left, on the 27th day of the invasion.

The West expected an insurgent war to develop in Ukraine rather than see full-scale resistance, so it is now urgently seeking to increase arms supplies to the kyiv government.

The official said the conflict is likely to continue with the Russians deadlocked in their invasion plan and failing to achieve key objectives, including the capture of kyiv.

On US claims that Putin may be preparing to use chemical weapons in Ukraine, either as a false flag operation to blame the Ukrainians or to cause further devastation in the country, the official said: “I think it remains a scenario that worries us. very. Especially in a false flag use of a chemical weapon to undermine Ukraine’s position.

“Unfortunately, we believe that this is not likely, but it is plausible. We have seen the Russians use chemical weapons on British soil, so it is not taboo for the Russians to observe. If this were to happen, the first assumption should be that this is a deliberate attempt to sow disinformation and cause disunity among Ukrainians.”

He added: “It is completely untrue that Ukraine has a chemical or biological weapons program.”

He stressed that the Kremlin could use a “false flag” use of chemical weapons as a way to “drive wedges between the international partners in the alliance supporting Ukraine.”

The West also fears that Russia will intensify the use of weapons that cause maximum destruction in civilian areas. The official added: “As Russia becomes frustrated and uses weapons that are less discriminatory in nature, more attacks are sadly inevitable: you cannot fire artillery into a civilian center and not have indiscriminate effects. They are not using precision weapons and the effect is, by definition, indiscriminate.”

Russian forces have made the most progress in the south and east of the country, but are not believed to be “imminently” in a position to encircle Ukrainian forces in the Donbas region, where the two breakaway areas of Donetsk and Luhansk controlled by Moscow. backed separatists.

The official added that throughout the country “what we are seeing is that the Russian advance has stopped, but the Ukrainians do not have the ability to reverse it and push it back.”

This meant that the invasion had “not been completely stopped, but very, very slow progress”, although there was still no sign of Russian withdrawals.

It now seemed less and less likely that the Kremlin would manage to defeat the Ukrainian resistance and substantially achieve its goals, he explained, speculating that a breakthrough by Russian forces and rapid achievement of those goals was “unlikely.”

Thus, the current phase of the conflict continuing for some time was “quite possible”, with Russian forces continuing to slowly “advance” trying to encircle and then destroy towns and cities.

While peace talks are ongoing, Putin is yet to consider any deal to end the war other than one that meets his pre-conflict “maximalist” goals.

It is believed that neither Moscow nor kyiv yet feel that they can negotiate from a position of strength.

The current state of the conflict, with thousands of civilians already feared dead and more killed every day, is therefore likely to continue until both Russia and Ukraine believe they are unlikely to be able to improve their positions through military means. then it will be significant. negotiations may become more possible.

In other developments on the 27th day of the invasion of Russia: