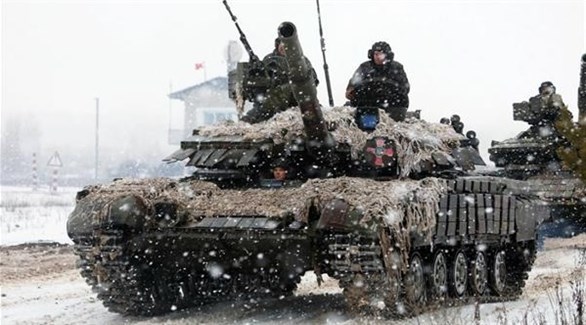 Russian forces seized staff at the nuclear power plant in the city of Chernobyl and briefly detained its mayor, sparking protests, Ukrainian officials said on Saturday.

“I have been released. Everything is as good as possible under the occupation,” Slavutych mayor Yuri Fomyshev told AFP after officials in Ukraine’s former capital kyiv announced that he had been arrested.

On the Instagram application, the military administration of the kyiv region, which is located within the city limits, announced that “Russian occupation forces invaded Slavutych and occupied the municipal hospital.”

The city of some 25,000 people, located about 160 km north of the capital, was built after the catastrophic nuclear accident at the Chernobyl facility in 1986.

Residents staged a march with a huge Ukrainian flag and headed toward the hospital, according to authorities, who said Russian forces fired into the air and threw stun grenades to disperse the crowd.

But the official returned and announced in a video posted on Facebook that at least 3 people had been killed, without specifying when or under what circumstances.

“We have fatalities, it is true. 3 confirmed deaths so far,” she said.

“We still don’t know all of them,” he added, but stressed that there were “civilians among them.”

“We strongly defended our city,” the mayor added, but “our forces were totally unequal.”

Russian forces took control of the Chernobyl facility on February 24, the first day of the invasion.

On Thursday, the International Atomic Energy Agency expressed “concern” after being told by Ukraine about Russia’s bombing of Slavutych.

The city’s takeover comes after a rotation of crew members working at the facility late last week, the first since Russia took control of the site.

About 100 Ukrainian technical workers continued to perform daily work at the facility for about 4 weeks without any rotation.