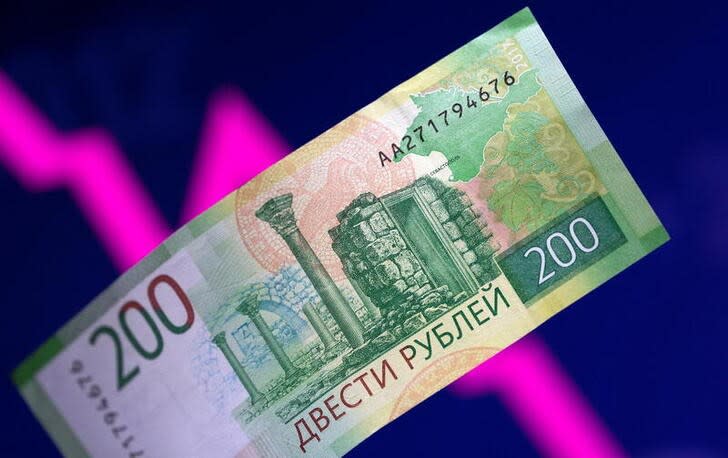 March 14 (Reuters) – Russia’s Finance Ministry said on Monday it is preparing to pay off some of its foreign currency debt on Wednesday, but those disbursements will be made in rubles if sanctions prevent banks from honoring commitments in the issuing currency.

“Is that a default? … From Russia’s point of view, we are fulfilling our obligations,” Finance Minister Anton Siluanov said in an interview with state television broadcast on Monday.

Western sanctions over the Ukraine events have isolated Russia from key parts of global financial markets and frozen nearly half of the country’s $640 billion gold and foreign exchange reserves, triggering the worst economic crisis since the crash. from the Soviet Union in 1991.

Siluanov said that Russia has to pay the coupons of its Eurobonds on March 16 and has already asked the Western banks that carried out the operation.

However, in the event that a significant part of Russian reserves is frozen, the payment could face “particular challenges”, since the possibility of those payments being made would depend on the sanctions.

The government is due to pay $117 million of two of its dollar-denominated bonds on Wednesday.

“If we see complications in the execution of the order, on Tuesday we will prepare a relevant transfer order in ruble equivalent,” Siluanov said.

Russia has the necessary funds to meet its foreign obligations and can also use a yuan part of its gold and foreign exchange reserves if there is such a need, he said.