“Russia is our ally”, comments the President of Serbia on the military operation in Ukraine 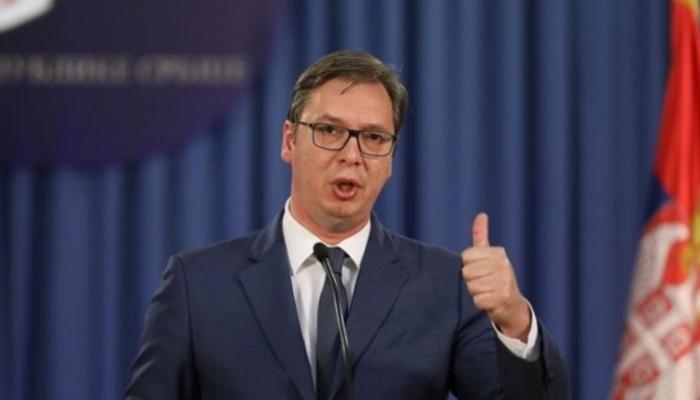 Serbian President Aleksandar Vucic commented on the Russian military operation against Ukraine, stressing that his country has not promised to impose sanctions against Russia.

Vucic criticized the Western position on the Russian military operation against Ukraine, compared to what happened in Serbia.

Vucic said, in televised remarks, “They talk to us about the territorial integrity of Ukraine… Things are confusing in all of us, respect for the principle of international law, where there is no doubt, but who violated it and who was the victim.” . Who violated international law and without a decision of the Council of Ministers. “International security has made difficult decisions at the expense of Serbia. That is why we are in a difficult situation.”

“On the other hand, Russia has never imposed sanctions on us… We can say that they occupied the Pristina airport and then abandoned it. But in the last 10 years, Russia has not been against Serbia on foreign policy issues,” he added. . .

He continued: “But the West wants to put us in a situation where we will lose our only ally in the United Nations Security Council, which has always been with the preservation of the territorial integrity of Serbia and Resolution No. 1244.”

Vucic said that “Serbia has not made any promise to join the sanctions against Russia.”

Since February 24, the Russian Armed Forces have carried out a special military operation to protect the Donbass region, in southeastern Ukraine.

Russian President Vladimir Putin stressed that Russia does not plan to occupy Ukrainian lands, explaining that Russia’s goal is to protect people who, for eight years, were subjected to persecution and genocide by the kyiv regime.