Russia is expanding its targets in Ukraine beyond the Donbass 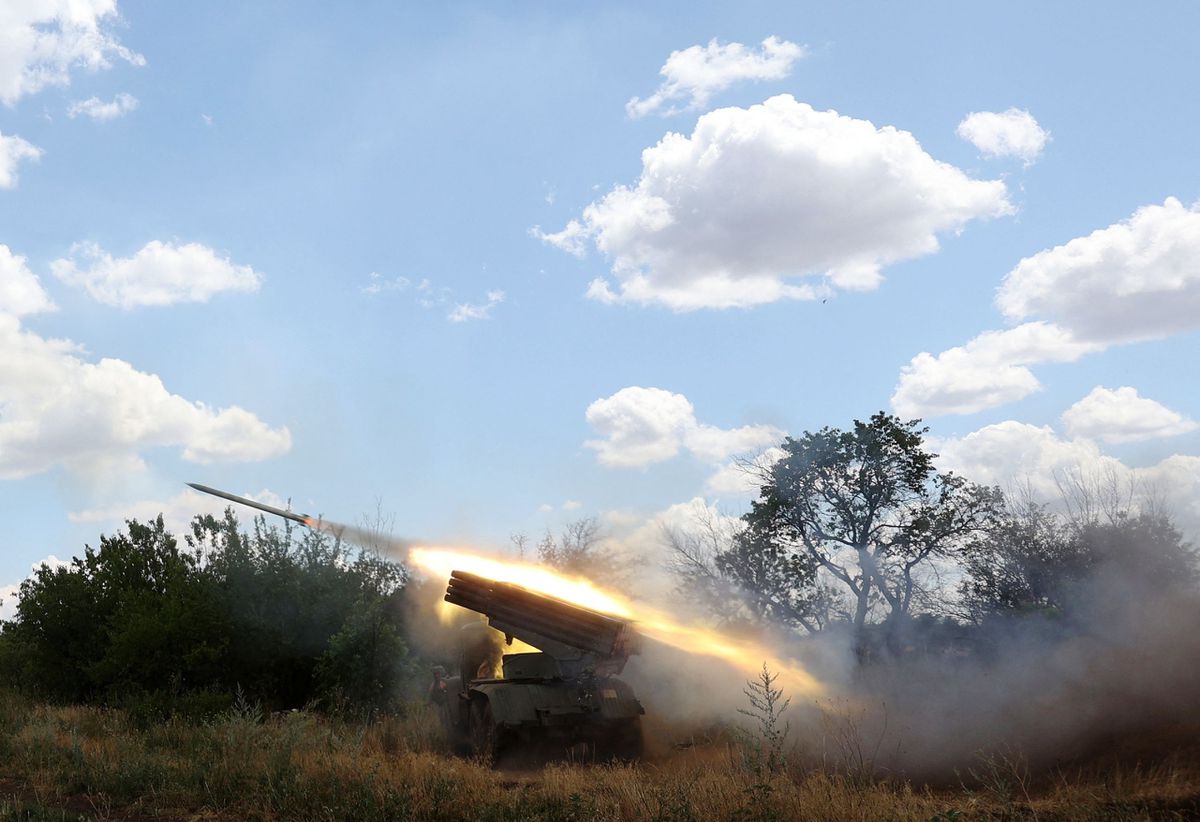 The Kremlin has said thousands of times it is a “military special operation to defend Donbass,” but now it openly admits that its troops will try to capture more Ukrainian territory. “The geography (of the gates) is different now. It includes by far not only the self-proclaimed People’s Republics of Donetsk and Lugansk; they are also the provinces of Kherson, Zaporiya and other territories, and this process is going on, constantly and persistently going on,” Russian Foreign Minister Sergei Lavrov warned on Wednesday in an interview organized with his state-run media outlets Ria Novosti and Russia Today.

The senior official has stressed that “the geographical objectives of the special operation in Ukraine will be shifted even further” if the West supplies long-range missiles to Kyiv. According to the government of Volodymyr Zelenskiy, the missiles from the dozen US-supplied Himar systems have so far destroyed more than two dozen Russian ammunition depots, as their range of 80 kilometers goes further than artillery. However, Ukraine insists that Washington send it other missiles, the ATCMS, which can hit 300 kilometers away.

Part of the Kherson and Zaporiya provinces are under the control of the military administrations imposed by the Russian army on its population. Except for the fact that they suggested organizing referendums on joining Russia, votes that would take place for a large part of the population in full exile and other consequences of the devastating fighting, the discussion of its future has such a point achieved that the The Russian Ministry of Sport has announced that it will organize a football league of separatist territories, which will include the territories in Ukraine claimed by Georgia, as well as South Ossetia and Abkhazia.

During the interview, Lavrov recalled that Putin announced his February 24 offensive with the ostensible aim of “denazifying and demilitarizing” Ukraine and eliminating alleged threats to Russian territory. “This task continues,” emphasized the diplomat.

The Russian army advanced against Ukraine on February 24 on three main fronts: from the north toward Kyiv and Kharkiv, from the east into the Donbass Basin, and from the south into the strip connecting the mainland with the Crimean peninsula. However, Ukraine’s resistance, with increasing Western support, changed the map of the fighting within weeks. At the end of March, the Russian high command had withdrawn its troops from the fighting for the capital and Kharkiv, Ukraine’s largest Russian-speaking city, “as a goodwill gesture” in negotiations with Kyiv and announced that it would concentrate only on Donbass. The armed forces themselves later asserted that they had changed strategies to reduce their casualties, the last official number of which was announced on March 25.

“When the negotiation meeting took place in Istanbul, there was a geography, and our willingness to accept the Ukrainian proposal was based on that geography, on the geography of late March 2022,” Lavrov explained of talks that ended in deadlock after the massacre of know Bucha. Kyiv then agreed not to join NATO in exchange for security guarantees from various countries, opening the door to accepting the pre-February status quo in Donbass.

This week marks 150 days of fighting in Ukraine. Lavrov said during the interview that the offensive was “inevitable” and felt “some relief” because “for years they haven’t responded to the problem of the people of Donbass.” This basin in eastern Ukraine was plunged into war when Russian paramilitaries stormed the area in April 2014, and the separatist zone had kept its line of contact stable since the 2015 Minsk accords. The war began just a month later when the Kremlin seized Crimea exploiting the annexed power vacuum created by the flight of former President Viktor Yanukovych after the massacre at the Maidan protests.

In parallel, Europe is experiencing another war, the “gas war”, which derives from the sanctions against the Slavic country for its attack. This July 21, work on the inspection of the Nord Stream gas pipeline, through which a third of the Russian gas imported by the European Union flows, ends, and it is not known to what extent it will return to normal operation or if this will ever happen . European Commission President Ursula von der Leyen said today that the complete cessation of Russian supplies was “a possible scenario”.

Gazprom warned again this Wednesday that it has not received a document from Siemens giving guarantees that they can use a turbine engine repaired in Canada without sanctions. This piece is vital for one of the pumping stations of the gas pipeline, Portovaya, and under the pretext of its blockade in the North American country, Gazprom has reduced the amount of gas supplied by Nord Stream by up to 40%.

Putin himself commented on the European energy crisis at a meeting with journalists held after his Tehran summit with the leaders of Iran and Turkey. The Russian President warned that Gazprom could cut production further at the end of July, since another compressor station was damaged in addition to the dissonance engine and was being sent for repairs. “Currently, two turbines are running and pumping 60 million cubic meters per day. If the other comes, then it’s okay. If not, there will only be one that will pump 30 million cubic meters,” he said.

Blaming Europeans for the energy crisis, Putin made a joke of protecting the LGBTI community within the community bloc, unlike Russia, which is passing a law that will not allow this minority to express their sexual condition in public or cultural venues to express works. “Europeans are great experts on non-traditional relations, and in the energy field they have chosen to bet on non-traditional energies: solar and wind,” he told reporters, according to a Kremlin transcript.