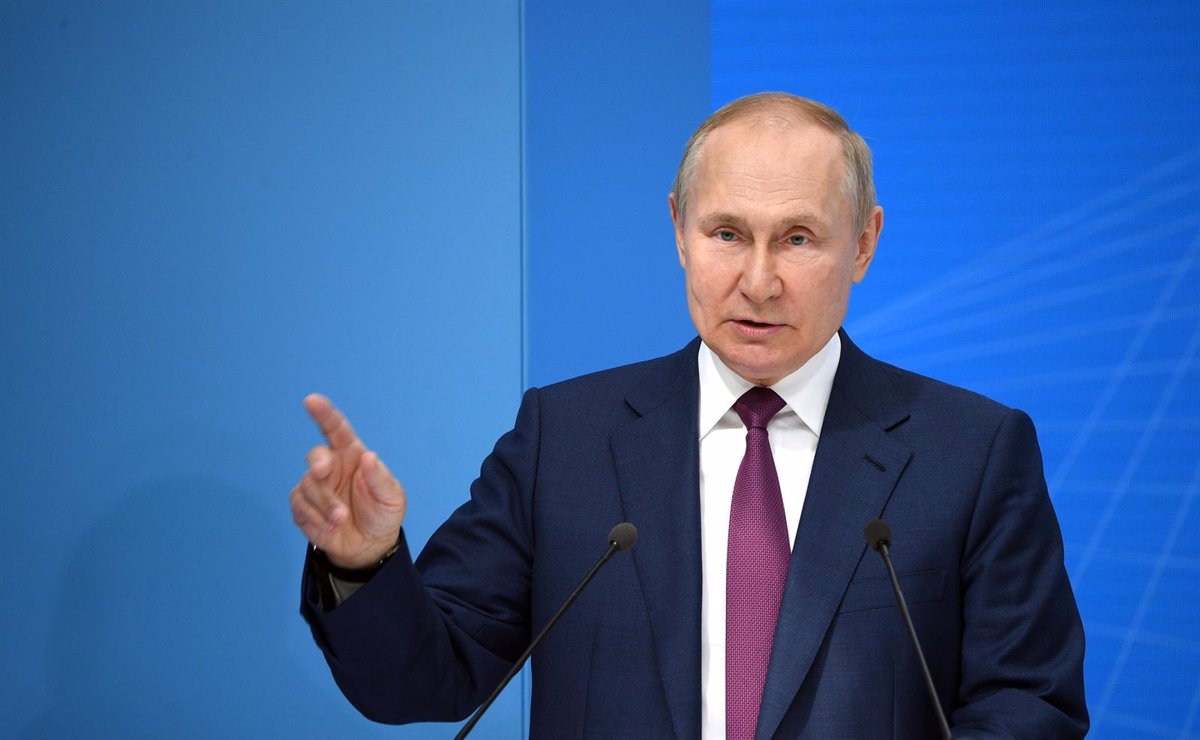 
Russian President Vladimir Putin during a ceremony in Moscow – -/Kremlin/dpa

The Russian authorities this Wednesday defended the need to impose an “arms embargo” on Ukraine to control the flow of arms shipped to Kyiv to counter the Russian military offensive and prevent them from falling into the hands of arms trade networks.

“In order to control the United Nations arms shipments to Ukraine, it is necessary to impose an arms embargo on that country by a UN Security Council resolution,” Russia’s deputy representative to the international organization, Dimitri Polianski, said in statements to the Russian newspaper Izvestia.

“It is clear that Western countries will never allow this,” he admitted, before stressing that Russia “has repeatedly transferred the arms supply problems to Ukraine.” “We will continue to bring them before the UN Security Council,” he assured.

Likewise, Polianski has stated that in order to resume negotiations with Ukraine, Kyiv “must take a realistic position and act in accordance with the interests of its people, and not those of the United States or other Western countries that are at war with Russia and they use this country indirectly down to the last Ukrainian”.

“In the UN we do not have a dialogue with Kyiv and we did not have it before the start of the special operation due to the inadequacy of the current permanent representative,” he stressed, while ruling out “mediation by Western countries ” Several Western countries handed over in the UN Security Council arms to the Kiev regime”.

On the other hand, he pointed out that the recently reached agreement on the export of grain from Ukrainian ports was “linked” to easing sanctions against Russian exports. “It is impossible to solve the food crisis without full access to the markets for Russian products and fertilizers,” he said.

“The role of Ukrainian grain in this matter is greatly overestimated. The origin of the crisis is not the special military operation in Ukraine, but the wrong policies and miscalculations at the economic level by Western countries,” Polianski concluded sanctions against Moscow in response to the invasion.