Russia default no longer ‘unlikely’ but would not spark global financial crisis: IMF 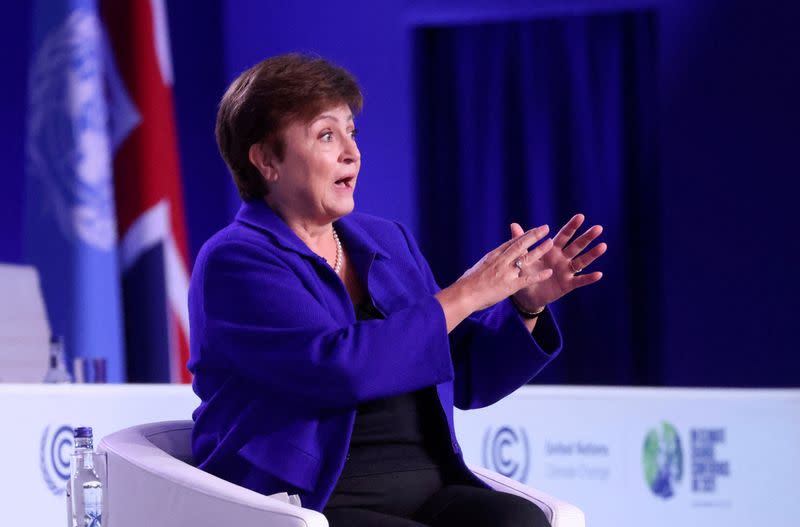 WASHINGTON, March 13 (Reuters) – Russia may default on its debts in the wake of unprecedented sanctions over its invasion of Ukraine, but that would not trigger a global financial crisis, International Monetary Fund Managing Director Kristalina Georgieva said on Sunday. .

Georgieva told CBS’s “Face the Nation” that sanctions imposed by the United States and other countries were already having a “severe” impact on the Russian economy and would trigger a deep recession this year.

The war and sanctions will also have significant spillover effects on neighboring countries that depended on Russia’s energy supply, and have already triggered a wave of refugees compared to that seen in World War II, he said.

Russia calls its actions in Ukraine a “special operation.”

The sanctions also limited Russia’s ability to access its resources and pay its debts, meaning a default was no longer “unlikely”, Georgieva said.

Asked if such a default could trigger a worldwide financial crisis, he said: “For now, no.”

Banks’ total exposure to Russia was around $120 billion, an amount that, while not insignificant, was “not systematically relevant,” he said.

Georgieva confirmed last week that the IMF would lower its previous forecast of 4.4% global economic growth in 2022 as a result of the war, but said the overall trajectory remained positive.

(Reporting by Andrea Shalal, Editing in Spanish by Manuel Farías)