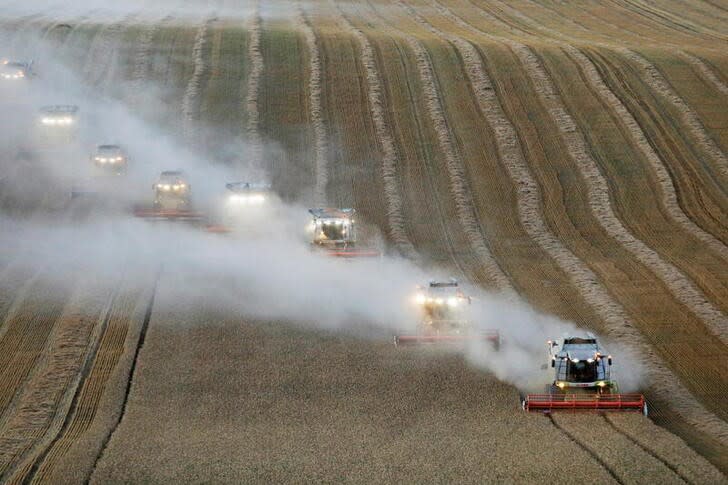 March 14 (Reuters) – Russia may suspend exports of wheat, barley, corn and rye from Tuesday until June 30, the Interfax news agency quoted the Agriculture Ministry as saying on Monday.

Russia is the world’s largest exporter of wheat and its main buyers are Egypt and Turkey. It competes mainly with the European Union and Ukraine.

“The Ministry of Agriculture and the Ministry of Trade have drawn up a draft government decree that would introduce a temporary ban on exports of Russia’s main grains from March 15 to June 30,” Interfax said.

The news raised the price of wheat in Europe.

“A real ban on Russian exports would be a big game changer. Markets had hoped that the ceasefire in Ukraine would lead to a swift resumption of Russian exports from the Black Sea,” one trader said.

Russia’s exportable surplus for this period is between 6 and 6.5 million tons of wheat, said Dmitri Rylko, director of agricultural consultancy ICAR.

Russian wheat exports are down 45% from the start of the current July-June marketing season due to a smaller harvest and foreign sales taxes, as well as export quotas that Moscow uses from 2021 as part of the measures to stabilize food inflation at the local level.

Last week, the Ministry of Economy said that Russia would suspend grain exports to neighboring countries at the end of August to reform its food security.