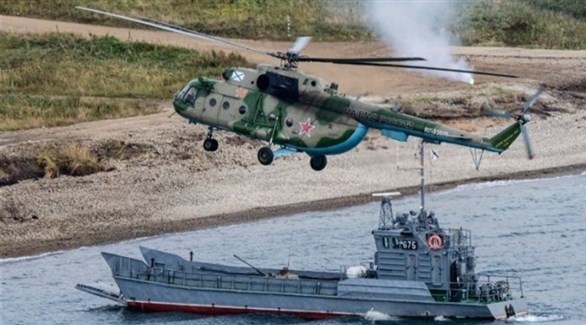 TOKYO (Reuters) – Russia is carrying out exercises on islands claimed by Tokyo, Japanese media reported on Saturday, days after Moscow called off peace talks with Japan over sanctions imposed by Tokyo following its invasion of Ukraine.

On Friday, the Russian Interfax news agency reported that Russia’s Eastern Military District said it was conducting military exercises on the Kuril Islands, with the participation of more than 3,000 soldiers and hundreds of military units.

The agency did not specify the location of the exercises in the island chain linking Russia’s Kamchatka peninsula with the northernmost island of Hokkaido. Japanese media said they were on land seized by the Soviet Union at the end of World War II and claimed by Tokyo.

Japan’s Foreign Ministry and the Prime Minister’s Office could not be reached outside of business hours for comment on the Russian moves.

A territorial dispute over the four islands has prevented Tokyo and Moscow from reaching a peace treaty to formally end the fighting. Russia says the islands are part of the Kuril chain, while Japan calls them its northern territories. .

“In addition, units of the air defense forces are implementing a set of measures to monitor, identify and destroy the aircraft of a simulated enemy carrying out an air attack,” the agency quoted the press service of the Eastern Military District as saying.