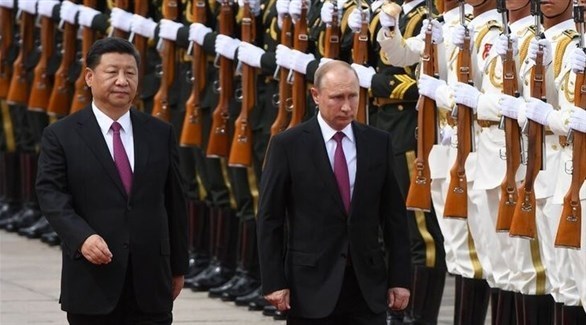 The New York Times reported on Sunday that Russia had requested economic and military assistance from China to wage war in Ukraine and circumvent Western sanctions, at a time when Washington warned Beijing not to help Moscow.

The US newspaper quoted unnamed officials as saying that Russia asked China to provide military equipment for the war and economic aid to help it circumvent international sanctions. Those officials did not specify the exact nature of the assistance required or whether China had responded.

“I have never heard of it,” a spokesman for the Chinese embassy in Washington told several media outlets.

This information comes at a time when a high-ranking US delegation is to meet a high-ranking Chinese official in Rome on Monday, the White House announced, in parallel with its warning to Beijing that it will face severe “consequences” if Russia it helps circumvent the sanctions that were imposed on it in response to the invasion of Ukraine.

US National Security Advisor Jake Sullivan will discuss with Chinese Communist Party senior diplomat Yang Jiechi “the ongoing efforts to deal with competition between our two countries and the repercussions of Russia’s war against Ukraine in regional and international security,” according to a statement issued by US National Security Council spokeswoman Emily Horne on Sunday.

Beijing refused to condemn the Russian invasion and repeatedly said that “(NATO’s) expansion to the east” is the reason for the increased tension between Russia and Ukraine, repeating this as the most prominent security rationale for which the Kremlin spoke.

Sullivan confirmed Sunday on multiple television channels that the White House was “watching closely” to see if China was providing material or economic support to Russia to help mitigate the impact of the sanctions.

“It is a concern for us, and we have told Beijing that we will not sit idly by and allow any country to compensate Russia for the losses it has incurred as a result of economic sanctions,” he said on CNN.

He noted that while he does not want to make “threats” to China, “we are sending the message directly and behind the scenes to Beijing that efforts to avoid large-scale sanctions will certainly have consequences.”

For its part, Beijing said last week that its friendship with Russia remains “solid” despite international condemnation of Moscow, and expressed its willingness to mediate its contribution to ending the war.