Russia announces the shooting down of two Ukrainian drones, one of them “Bayraktar” 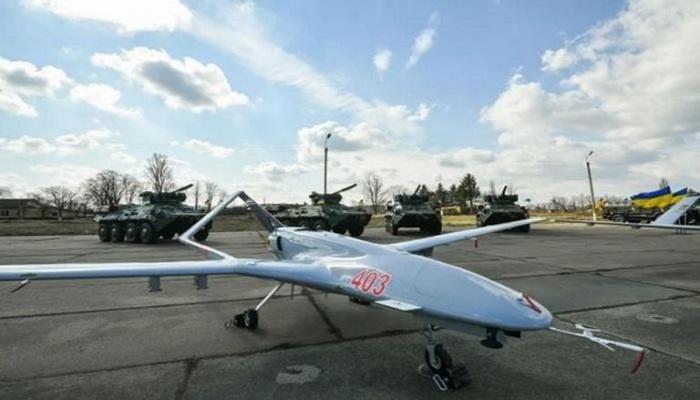 On Monday, the Russian Defense Ministry announced the shooting down of two Ukrainian UAVs, one of which was a Bayraktar model.

“We are using high-precision weapons to attack the facilities of the Ukrainian military infrastructure and to destroy ammunition depots,” the Russian ministry said in a statement on Monday.

The Russian Defense Ministry added that its plan is aimed at disrupting Ukrainian factories that produce or repair weapons.

On the other hand, Vitaly Koval, governor of the Rivne region in northern Ukraine, revealed that at least 9 people were killed and 9 others wounded in an airstrike on a TV tower in the region earlier today.

“There are still people under the rubble,” he added in an online post.

Russia had today announced Ukraine’s military losses as a result of the military operation launched by Moscow late last month.

Major General Igor Konashenkov, a spokesman for the Russian Defense Ministry, told reporters that the Russian military had destroyed nearly 4,000 military installations in Ukraine since the start of the special operation.

“Since the start of the special military operation, 3,920 military infrastructure facilities in Ukraine have ceased to function,” Major General Konashenkov told reporters, Sputnik reported on Monday.

He explained that 143 drones, 1,267 tanks and armored vehicles, 124 missile launchers, 457 field artillery and mortars, and 1,028 units of special military vehicles were destroyed.

Konashenkov confirmed that last night, the Russian armed forces had shot down four more drones of the Ukrainian forces, including a Bayraktar aircraft imported from Turkey.

He added that the Russian forces reached the line of five residential areas in Ukraine and the advance reached 11 kilometers.