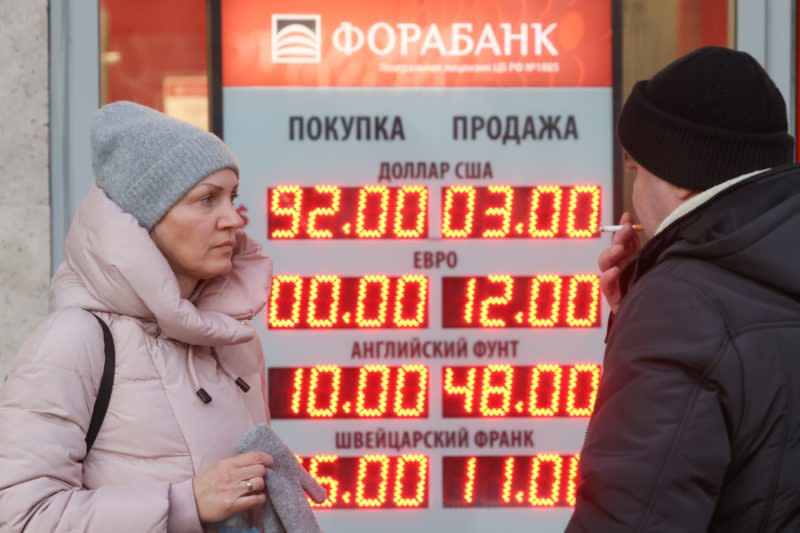 Russian Finance Minister Anton Siluanov has admitted that his country is currently unable to use nearly half of its foreign exchange reserves. In an interview with Russian state television on Sunday, Siluanov said Russia had foreign exchange reserves of around $640 billion. However, the country cannot use around 300 billion dollars because the money is frozen due to sanctions from the US, the EU and other Western countries. This was reported by the Russian news agency Interfax.

In recent years, Russia has accumulated foreign exchange reserves that are among the highest in the world. They are mostly denominated in US dollars, euros and Chinese yuan. The reserves are indirectly important to finance the war against Ukraine. They are seen as an important instrument to counter Western economic sanctions, for example by importing goods from other countries. Reserves are also important because Russia uses them to pay off maturing foreign loan obligations.

Western countries have imposed sweeping sanctions on Russia’s incursion into Ukraine in an attempt to cripple Russia’s economy and raise the price of the war against Vladimir Putin. The first wave of sanctions targeted Russia’s central bank and its foreign exchange reserves, limiting Russia’s ability to prop up its economy and finance its war.

In his interview, Siluanov noted that Western countries were “pressuring” China to also limit Russia’s access to its yuan-denominated reserves. “There will certainly be pressure to restrict access to our yuan reserves,” Siluanow was quoted as saying by Interfax. “But I believe that our partnership relations with China will nonetheless allow us not only to maintain the cooperation achieved, but to multiply it in an environment where Western markets are closing.”

China has not publicly condemned Russia’s war with Ukraine or called it an invasion.

According to Interfax, Siluanov said that Russia wants to pay off its foreign currency sovereign debt in rubles until it can draw on its international reserves again.

“I think it is perfectly fair when we say that we will not refuse to meet government obligations, but will pay them in rubles until our foreign exchange reserves thaw again.” He pointed to the need to pay for critical imports like food and medicine.

Is Russia threatened with insolvency?

The ruble has fallen sharply since Russia attacked Ukraine. Since the beginning of the year, it has lost about 40 percent of its value against the US dollar.

Experts are increasingly wondering whether and for how long Russia can continue to pay its foreign debts. International Monetary Fund Managing Director Kristalina Georgieva told US broadcaster CBS: “As far as debt service is concerned, I can say that we no longer consider a default by Russia unlikely.”

Russia’s gold holdings are also under scrutiny. A bipartisan group of US senators has proposed legislation that would prevent Russia from accessing its $132 billion worth of gold holdings, Axios reported. The Russian central bank has stepped up its gold purchases since it invaded Ukraine.

The article first appeared on Business Insider in the US and was translated by Romanus Otte. You can read the original article here