Russia accuses Ukraine of preparing a “chemical attack” against civilians 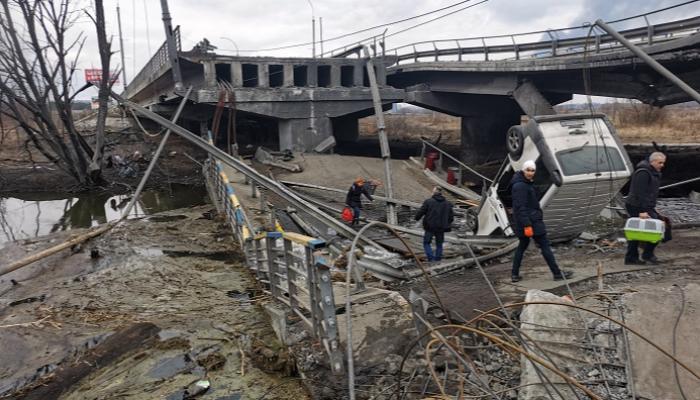 Russia has warned that it has evidence that Ukraine is preparing to use chemical agents against civilians with the support of the West, accusing Russia of doing so.

He added that Russia had long complied with its international obligations and had destroyed all of its chemical weapons stockpiles, unlike the United States.

He added that the Russian military had seized many “dangerous objects” on land it controlled and was working to ensure their safety, revealing that it had obtained documents from the 4th Brigade of the Ukrainian National Guard, including a detailed map of the regions of Ukraine. carrying signs with symbols and types of toxic substances stored, noting that “any provocative attempt to use toxic materials will inevitably be exposed”.

He explained: “We have repeatedly exposed the atrocities committed by nationalists who terrorize civilians due to any insurrection or attempt to leave the cities. Today we distribute scenes of civilians killed in Chernigov, who were allegedly shot by Russian soldiers.”

Poland has requested the formation of a NATO “peace mission” with “the protection of the armed forces” to help Ukraine, according to Polish Deputy Prime Minister Jaroslaw Kaczynski.

“This mission cannot be unarmed, it must seek to provide humanitarian and peaceful assistance in Ukraine,” Kaczynski was quoted as saying by the Polish news agency.

Kaczynski, together with the prime ministers of Poland, the Czech Republic and Slovenia, participated in a meeting with Ukrainian President Volodymyr Zelensky and Prime Minister Denis Shmygal on Tuesday night.