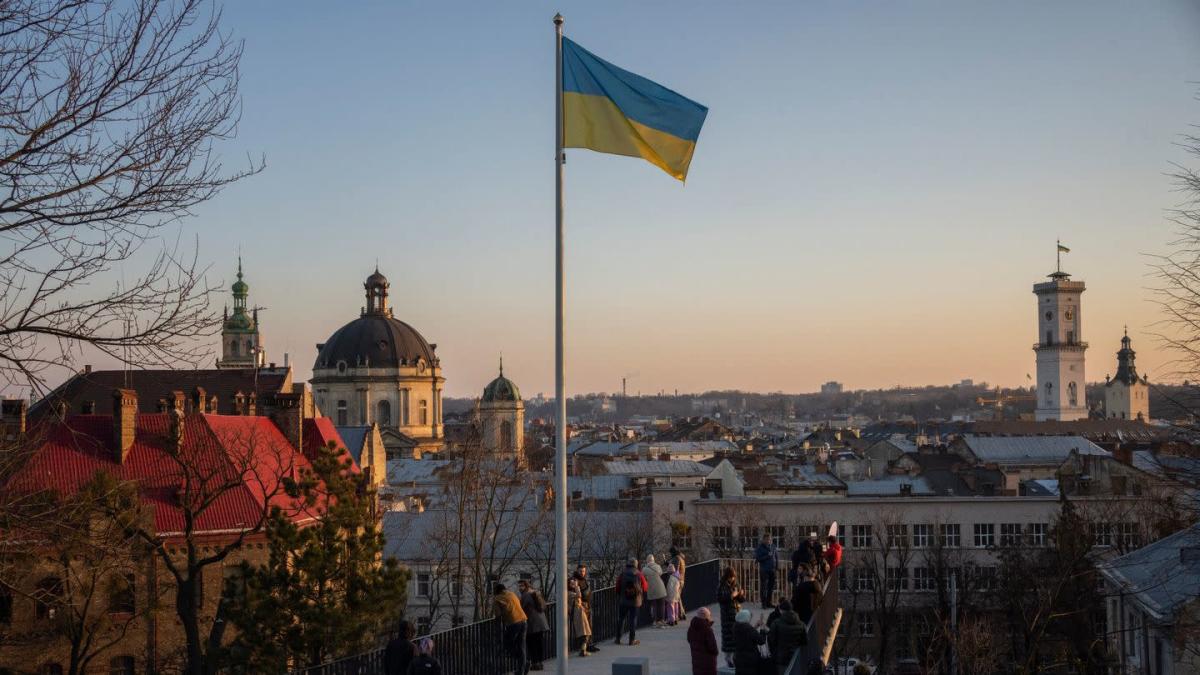 kyiv (dpa) – For the first time since the beginning of the Russian attack on Ukraine, Moscow reports the use of the “Kinzhal” hypersonic missile. The Russian air force used the missile to destroy a Ukrainian missile stockpile.

The Defense Ministry in Moscow accused Ukraine of preparing attacks on Western diplomats in Lviv and later blamed Russia. “The nationalist regime in kyiv plans to present the attacks on diplomatic objects of the United States and Western countries as an alleged ‘attack led by Russian forces,’ Russian Defense Ministry spokesman Igor Konashenkov said on Saturday night. said from Moscow that kyiv was planning chemical attacks against civilians in the Sumy and Mykolaiv regions.There was no evidence for these statements.

For its part, Ukraine repeatedly accuses Russia of spreading lies about supposedly planned provocations so that it can then attack under false flags. The United States had recently expressed concern, among other things, that Russia might use allegations about the threat of chemical weapons use as a pretext for a possible false flag operation.

Both sides are also responsible for sea mines in the Black Sea off the Ukrainian coast.

The Russian side announced on Saturday that the use of the “Kinzhal” missile destroyed the Ukrainian Air Force’s underground ammunition depot in Delyatyn in southwestern Ukraine on Friday. It was the first combat use in history, he told himself. Two military reconnaissance bases were destroyed in the Odessa region on the Black Sea. Information could not be verified.

Until now, the “Kinzhal” missiles have been used mainly for maneuvers, most recently a few days before the invasion of Ukraine, which began on February 24. They are fired from MiG-31 fighter jets. According to Russian information, they can hit targets at a distance of up to 2000 kilometers, bypassing all air defense systems and exceeding the speed of sound several times.

On Saturday night, NATO evasively responded to the question of whether it could confirm the use of a “Kinschal”. A spokeswoman said the alliance was aware of reports of the use of hypersonic missiles.

Ukraine reported several deaths and injuries in new Russian attacks. In the town of Bucha, northwest of the capital kyiv, seven civilians were killed by shelling on Friday, police in the kyiv region said. In Ukraine’s eastern Donetsk region, the regional police authority said dozens of people were killed and wounded in Friday’s attacks.

After a rocket attack by Russian troops on a barracks in Mykolaiv, southern Ukraine, aides recovered at least 50 dead from the rubble. A total of around 200 soldiers were sleeping in the building when the rockets landed, according to Ukrajinska Pravda. Nearly 60 injured were taken to nearby hospitals. According to Mayor Olexander Senkevich, Friday’s attack took place in the vicinity of Mykolaiv, so it was not possible to raise the alarm in time. The information could not be independently verified.

kyiv and Moscow each reported the evacuation of thousands more civilians from particularly disputed areas in Ukraine. More than 4,100 people fled the besieged port city of Mariupol on Saturday, Ukraine’s deputy head of presidential office Kyrylo Tymoshenko wrote on Telegram. Nearly another 2,500 civilians were brought to safety from the Kyiv and Luhansk regions through so-called escape corridors. The Russian side reported the evacuation of nearly 16,400 people from Donetsk and Luhansk and other parts of Ukraine to Russia. The Mariupol City Council accused Moscow of having brought thousands of civilians to Russia against their will.

A one and a half day curfew was imposed in Zaporizhia. The city’s train station will also be closed until Monday morning at 6:00 am (5:00 am CET).

Putin talks on the phone with the Prime Minister of Luxembourg

Russian President Vladimir Putin spoke by phone with Luxembourg Prime Minister Xavier Bettel. According to the Kremlin, Putin pointed to the “incessant rocket attacks by Ukrainian forces on Donetsk and other cities of the Donetsk People’s Republic and the Luhansk People’s Republic, resulting in many civilian casualties.” According to a statement from the Luxembourg State Ministry, Bettel said that he wanted to contribute to the de-escalation.

In a live broadcast to Bern, Ukrainian President Volodymyr Zelenskyy called on the Swiss government to block the accounts of all Russian oligarchs. “This is also a fight against evil,” Zelenskyj said, according to the translator, in front of thousands of anti-war protesters outside the Swiss parliament.

According to information from Minsk, the last diplomats of the authoritarian Republic of Belarus have left Ukraine. The background was “unbearable conditions” for Belarusians in Ukraine, Igor Sokol, who was ambassador to kyiv, said Saturday on Belarusian state television. He referred to blocked bank accounts.

The United States wants to send a contingent of troops to Bulgaria to reinforce NATO’s eastern flank. Bulgarian Prime Minister Kiril Petkov said this after talks with US Secretary of Defense Lloyd Austin in Sofia on Saturday. This contingent is said to be under the command of NATO’s Supreme Commander in Europe.

Polish Prime Minister Mateusz Morawiecki called for an EU trade blockade against Russia. This must include a ban on Russian ships carrying Russian goods entering European seaports and a ban on land trade, he said, according to the PAP agency.

In Germany, the federal police have registered 207,742 war refugees since the beginning of the Russian attack, the Federal Ministry of the Interior reported on Saturday. The number of people who actually arrived is likely to be significantly higher. According to the UN, more than 3.1 million people have fled Ukraine abroad. About two million people have arrived in Poland alone so far.

Education politicians in the federal states estimate that around half of the war refugees from Ukraine arriving in Germany are children and young people who will sooner or later find accommodation in schools or kindergartens. The German Teachers’ Association called on the German publishing network for quick help for schools in order to bring justice to refugee children.

Demonstrations and concerts for peace in Ukraine were announced over the weekend in many German cities. On Sunday, among other things, a large demonstration entitled “Sound of Peace” with numerous musicians was planned at the Brandenburg Gate in Berlin.