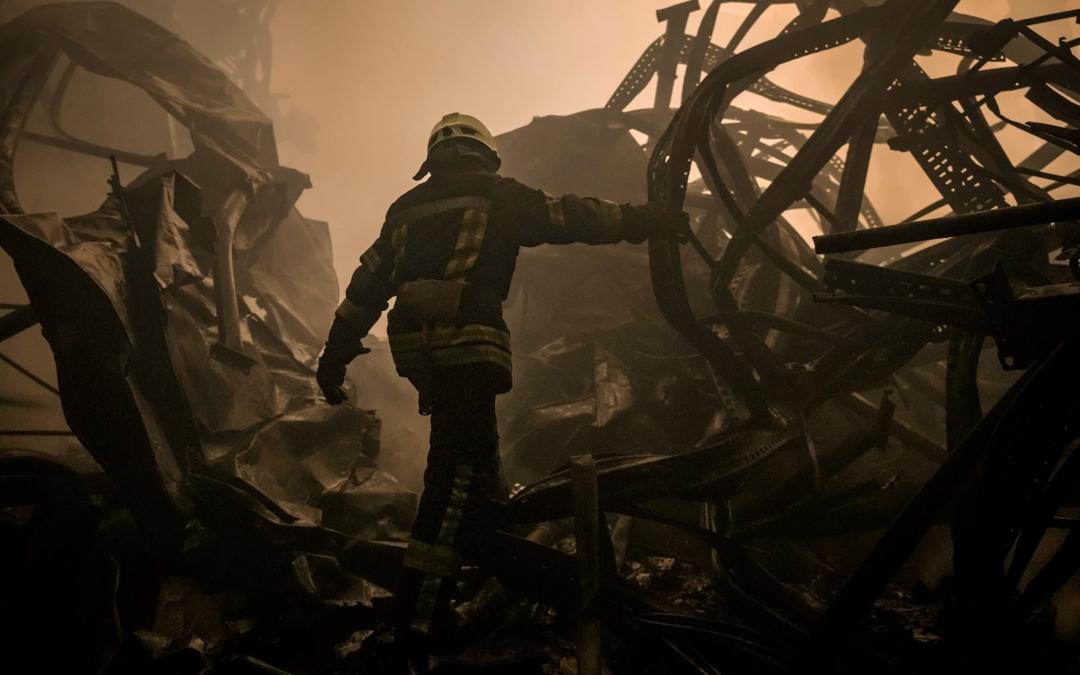 Russia has been accused of using banned phosphorus munitions during its invasion of Ukraine.

The country’s human rights ombudsman claimed Russia used the weapon during an overnight attack on the town of Popasna in Ukraine’s eastern Lugansk region.

Phosphorus is not considered a chemical weapon, but international law prohibits its use against human targets.

Liudmila Denisova, the ombudsman, shared a photo that purported to show the alleged attack, but did not provide concrete evidence.

“The shelling of a civilian city by the Russian attackers with these weapons is a war crime and a crime against humanity according to the Rome convention,” he said in an online statement.

His claims have yet to be verified.

Phosphorus is a chemical that ignites when exposed to air and burns at over 2,700 degrees Celsius.

Similar to napalm used in the Vietnam War, it self-oxidizes. This means that it is almost impossible to turn it off once it touches the skin, leading to extreme injury and sometimes death.

The legal consensus on phosphorus is murky given that it can be used in some circumstances, including to illuminate a battlefield at night or provide a tactical smokescreen.

However, if used against individuals, it can be classified as a war crime under the United Nations Geneva Conventions.

“It’s what the Nazis called a ‘flaming onion’ and that’s what the Russcists [a combination of ‘Russians’ and ‘fascists’] They fall on our peoples. Unspeakable suffering and fires,” he said.

The Lugansk and Donetsk regions of eastern Ukraine, collectively known as Donbas, have seen other tragedies as people try to flee the fighting, and two churches housing civilians were attacked on Sunday.

Moscow claims it will create humanitarian corridors for civilians across the country to escape the fighting, but Ukraine has accused Russia of cutting off these paths and shooting civilians.

A child was among seven Ukrainian civilians killed when Russian forces shelled a refugee convoy and forced them back near Kiev, according to Ukraine’s Defense Ministry.

In eastern Ukraine, a train full of civilians trying to escape came under fire on Sunday, killing one driver and wounding another.

Numerous efforts to evacuate Mariupol’s 430,000 people also failed after the convoys were hit by shelling.

The southern city has been surrounded by Russian forces and cut off from supplies after more than a week under siege. Ukrainian authorities warn of a humanitarian crisis.