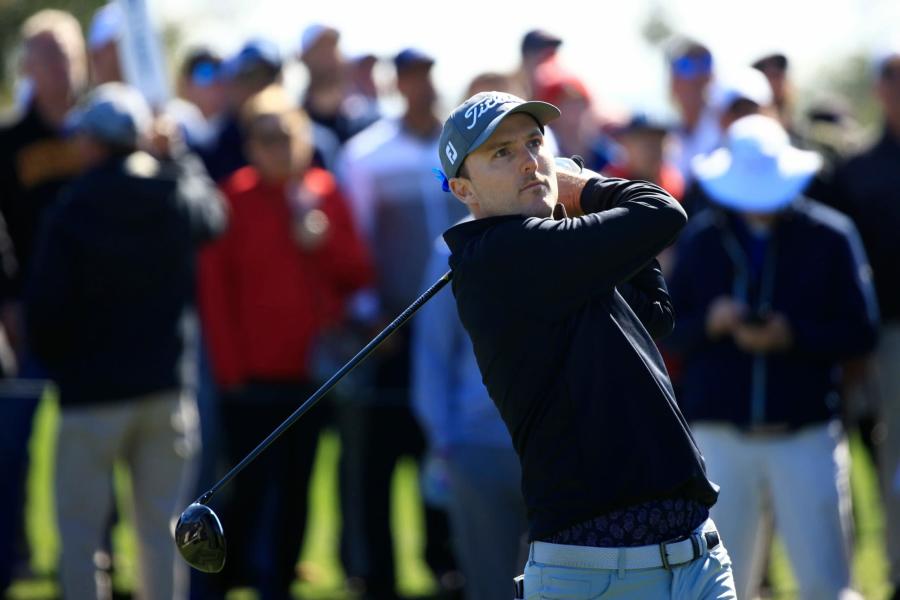 PONTE VEDRA BEACH, Fla. – In a week that has featured a bit of everything from freaky weather and crazy delays to water balls galore at 17 and an Ace, it was only fitting that Monday included its own memorable moment.

Russell Henley did the honors, making an albatross on the par 5 11the hole on the Players Stadium Course at TPC Sawgrass.

The 32-year-old Henley, who started on the back nine, drilled a 294-yard drive down the left side of the fairway. Golf course architect Pete Dye gave golfers options for the second shot on the 11th. The hole has a divided fairway. But Henley threw caution to the wind from 240 yards out and went the direct route. His second shot passed the water and sand that protects the green and his ball found nothing but the bottom of the cup.

Unfortunately, there is no video of this wonderful shot. Henley ate No. 11 for lunch all week, three birdies and an albatross, with a combined 6-under on the hole. The 2 of the card in a par 5 was the sixth in the history of the tournament, the third in the 11the hole, the first since Harris English in Round 1 of the 2019 Players (also in 11) and the second albatross on the PGA Tour this season after Abraham Ancer in the CJ Cup.