Rui Moreira, Mayor of Porto: “Portugal should have regions with political power like Spain” 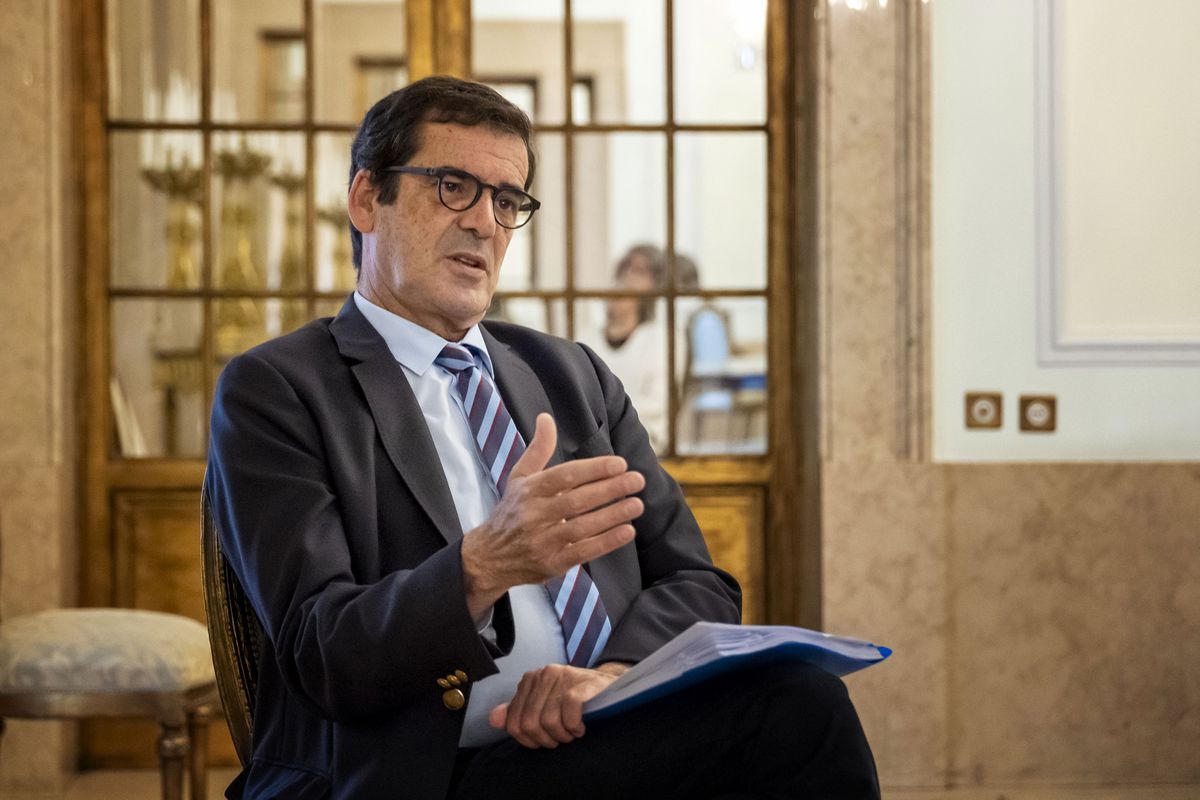 In recent years, Portugal has embarked on a timid process of decentralizing powers to the municipalities, which this legislature should consolidate and strengthen through the holding of a referendum on the country’s division into regions. The offer from the government of the Prime Minister, the socialist António Costa, did not satisfy many municipalities dissatisfied with the funding of the new tasks in education and health, but it was the blow of the independent Rui Moreira, President of the Municipal Chamber of Porto the National Association of Portuguese Municipalities (ANMP) for its lousy defense of local interests against Lisbon, which drew so much publicity that the central government reviewed its proposal. This interview was conducted in June at the Municipal Chamber of Porto, ahead of a new devolution agreement between the Coastal Executive and the Municipalities to delegate powers in education and health, which was signed last Friday. Moreira (Porto, 65) showed off his chest with the improvements he’d made thanks to Porto’s departure, although he still sees no reason to return to local government.

Questions. What did he intend to do with Porto’s exit from the National Union of Municipalities?

Answer. Above all, we wanted the Federation of Municipalities not to make any unfulfillable commitments to the central government during the phases of decentralization in healthcare and social cohesion.

P How does decentralization fit into the regionalization that is to be pushed forward again in 2024 with a referendum?

R I’m a regionalist, but here I’m also clear. If it is the case that the state delegates tasks and not competences to the regions, if it is the case that the state does not transfer any power or revenues, regionalization is a disaster and the citizens will come to the referendum after they see what happened with decentralization and they will vote against it. The danger is that the fact that decentralization has been done very badly, and everyone agrees on this, will lead to popular rejection of regionalization, and rightly so.

P If competences in the fields of education, health and social cohesion are transferred to the local chambers, what is the task then for the regions?

R We should have administrative regions with political power like Spain has. The idea of ​​making purely administrative regions doesn’t solve the equation, but there are very important things that a region could define, such as: B. Priorities in the areas of environment, infrastructure or competitive factors that would make it possible to mitigate the enormous difference that exists today between the Lisbon region and the rest of the country. In Portugal, central government spending is 34.9% of GDP, in Europe it is 26.7%. In other words, Portugal has a more expensive central government than the European average. Urban spending in Portugal is 6.9% of GDP, while the European average is 11.4%. This means that we have a gigantic central government and a local administration with no resources. This situation is now being exacerbated by the recovery and resilience plan. In the cultural sector alone, they receive 114 million euros in the greater Lisbon area. For the entire North region there are 9.8 million and for the Center region 19. 93% of the state is concentrated in Lisbon with more than 650 institutions. The average salary in the metropolitan area is 1,477 euros, in the rest of the country less than 1,100. This leads to a migration of qualified population. The only regions with growing populations in Portugal are Lisbon and the Algarve.

P Under what conditions would you return to the Federal Association of Municipalities?

R. That doesn’t depend on me, that was decided by a community meeting, where I don’t have the majority. The Federation of Municipalities must be an instrument of local politics, a claiming organ of communalism and not an obedient organ of the central government, which is always ruled by partisan logic.

P How is your relationship with the Prime Minister, with whom you shared claims when both were mayors?

R I have had an excellent relationship with the Prime Minister for more than 20 years.

P The railway connections between Spain and Portugal are worse than in the 19th century.

R In terms of competitiveness, they are worse than in the 19th century.

P What is the Porto Chamber claiming?

R The Chamber has dealt with this matter jointly with the Xunta de Galicia, in particular with Alberto Núñez Feijóo, and also with the Government, which has presented a plan that we agree with. On the table is the construction of a second Porto-Lisbon line, parallel to the current northern line, which will then lead to Porto airport and from there connect to the border with Galicia. I know that there are negotiations between the Portuguese government and the Spanish government so that this connection is also invested in the Galician part, but it is already a decision of the Spanish ministry. This would allow Vigo to be the hub providing the connection between this line and the high-speed network to Madrid; At the same time, it would be important for this line to have a connection via Santiago to A Coruña in order to equip the Atlantic facade with infrastructures. It is a model that I have defended for years of complementarity between northern Portugal and Galicia. We do not want a rail connection with Madrid through Portuguese territory, we want to use the connection to Vigo and promote our Francisco Sá Carneiro Airport, which has a clear impact on Galician territory. This is an issue that worries the Mayor of Vigo, but it is my position.

P Why aren’t they interested in connecting to Madrid via Portuguese territory?

R We have to make decisions and if we look at the map of the Iberian Peninsula and see where the population is, the greatest concentration is in the area between Porto, Braga, Vigo, Santiago and A Coruña and a connection from the interior to Madrid would be faster, but would traverse areas with low population density. It may be good for Porto and Madrid, but the sparsely populated areas benefit little or very long-term from the passage of the train. But the train is not only the connection to Spain, we don’t have a railway in Portugal. The Porto-Lisbon link lasts as long as it did 30 or 40 years ago. The railroad doesn’t exist. When it comes to transporting goods, Spain is Portugal’s main supplier and Portugal is Spain’s third largest supplier, and all these goods circulate on the road, so it doesn’t make sense. We also have an energy transition that is an obligation of both countries. The train is the thick knot that we have to untie.